In 14th Century Prague, things are looking up. The new king has decided that his first task in power is to rebuild the city. Players are citizens trying to earn the favour of their king, whose star is clearly rising, by participating in development projects and accumulating wealth.

There’s a lot happening in the game (as there was in Charles IV’s Prague). Construction is underway on a new town, cathedral, university, bridge and fortifications and the six main actions – manage mines, manage quarries, upgrade an action, construct a wall, construct a building, construct the King’s road – allow players to advance in these different areas, ultimately gaining them points.

On your turn, you select an action tile from one of six, which are cleverly slotted into a revolving crane. All action tiles are available each turn, but the cost or benefit depends on how recently the tile was played and hence its current position on the crane, which rotates at the end of each turn. Each tile gives a choice of two actions.

Players may produce gold or stone, or increase production capacity to give a better return in future turns. Resource levels are tracked on mini rotating cranes on very pleasing individual player boards. Stone is needed for building city walls but the construction of buildings requires mostly gold.

The game rewards players for specialising, with points increasing steeply the further you progress within a particular project. But as you progress, rewards for other projects are unlocked. So specialise too sharply and you’ll waste valuable bonuses that could have been used elsewhere. To score highly from the Cathedral, for example, you need 1) the movement triggered by constructing buildings and 2) the bonus tiles gained from placing city walls. You can’t triumph here without also being successful in other areas. And this push and pull is the delightful crux of the game.

Buildings can score highly from plazas they surround; here one player’s strategy can affect another’s. Ignore the town and another player will benefit from the reduced competition and dominate. The game forces you to generalise, but time is so short that you can’t do everything. The decisions become really gritty as you aim to optimise each turn to squeeze out as many points as possible.

There are choices everywhere, with multiple decision points around action selection, production, tile placement and bonus tiles. There’s an urge to focus on engine building: ramping up production of gold and stone. But if you spend too long developing mines and quarries, other players will have made more impact on the game and you’ll be scrambling to catch up. This brilliantly balanced game demands you keep a steely eye firmly on the bigger picture. 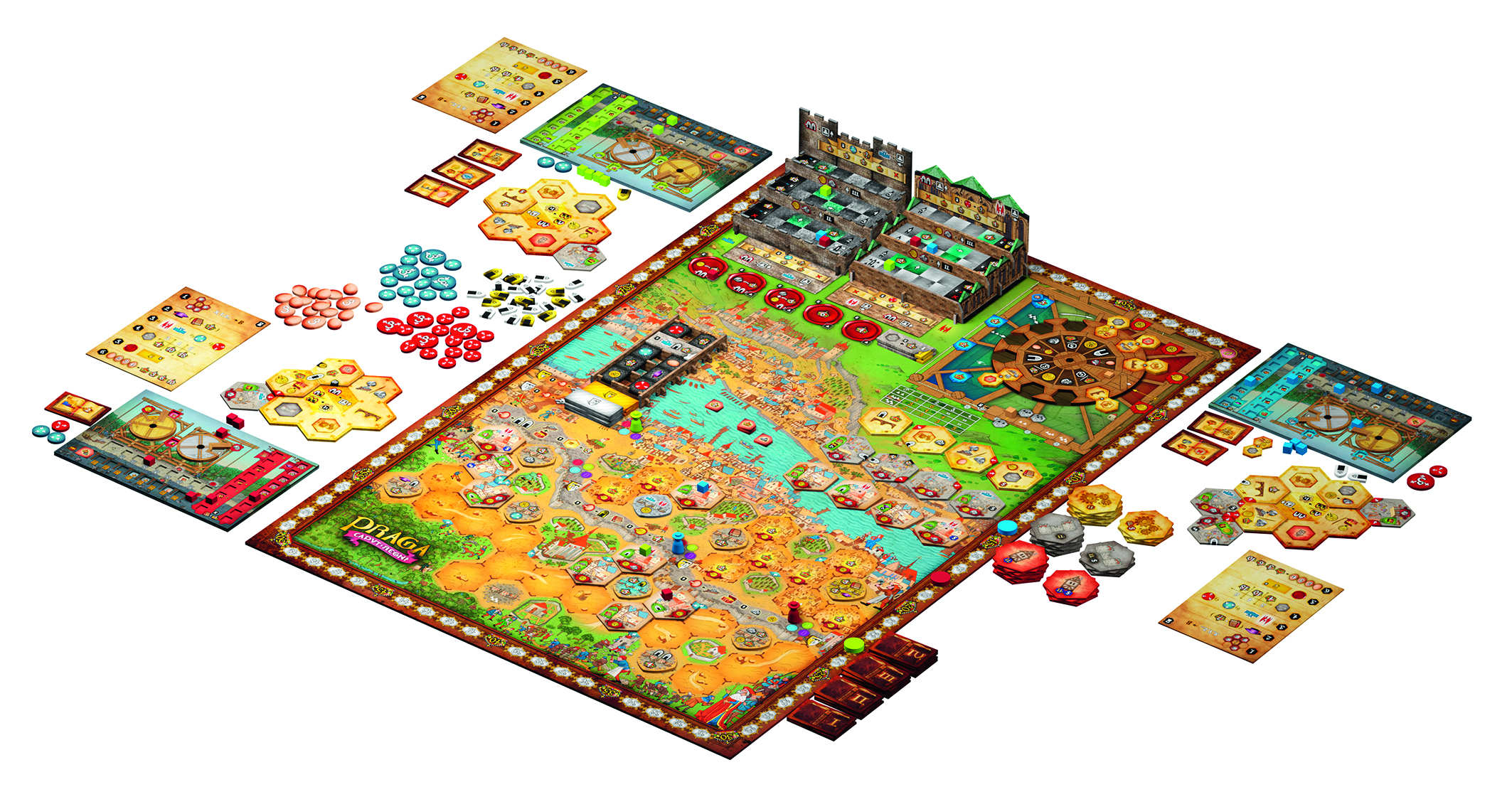 There’s a lot to love about Praga Caput Regni. Timing within your turn is completely flexible. You can choose when to take bonuses, when to resolve moves, when to use technologies and when to perform additional actions. It feels like a trusting parent has just handed over the responsibility you’ve long craved. Bonuses lace every action and from time to time may chain pleasingly. Pairing up a silver window with a rare gold one, will buy you an extra turn. This feels like a splendid reward and one to be properly savoured. The variable set-up options are huge. The Charles Bridge, the Cathedral, the Hunger Wall and the Kings Road all have alternative setups. Even the action tiles are double-sided for less symmetrical play.

The crane mechanisms are pleasingly evocative of the time period and control a rudimentary but unconventional timer, moving players inexorably closer to end-game. But the theme echoes more deeply within the gameplay. The way that actions are completed, each a small triumph you want to crow about, marries beautifully with the idea that players are sycophantic subjects, each trying to impress the king through their own achievements.

One look at the game on the table makes you want to play Praga Caput Regni and for such a big game with so many components it’s surprisingly easy to learn and teach.

The more you play it, the more you’ll want to play it.

TRY THIS IF YOU LIKED Underwater Cities...

While the theme and mechanics are totally different, if you’re a Suchý fan, you’re sure to love Praga Caput Regni. 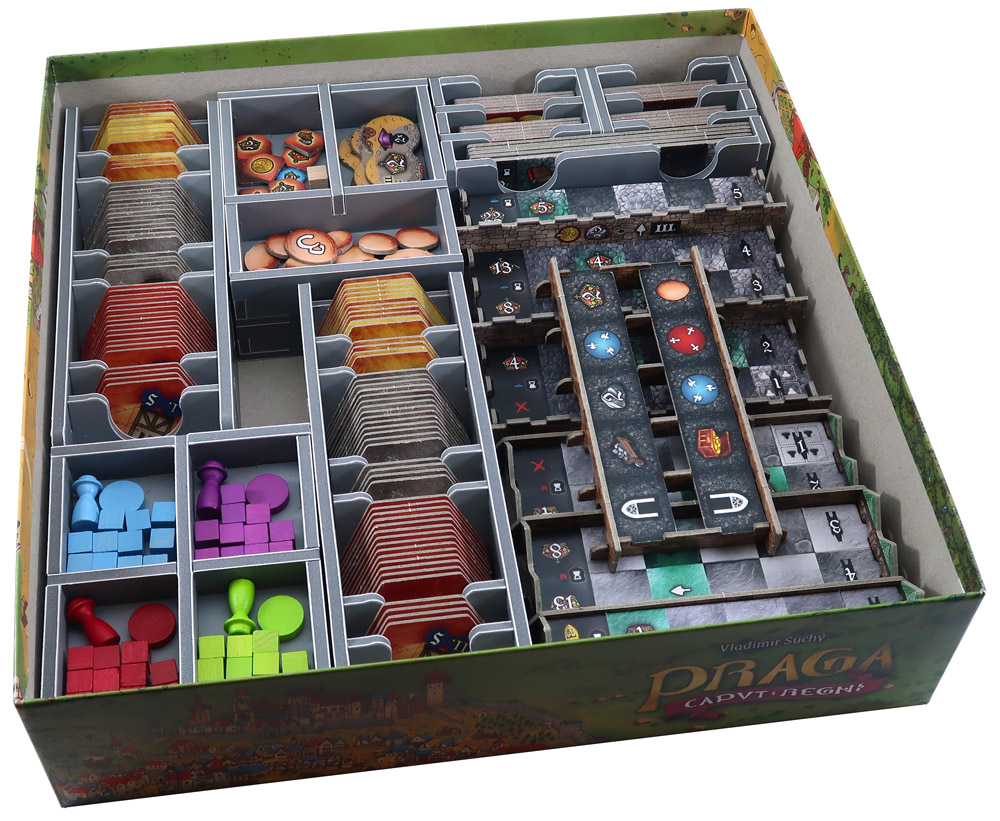