Save the world from a host of terrible diseases

Sometimes the thing that puts people off playing games is they don’t like the idea of getting beaten by more experienced players who have played the games countless times and know the rules inside out. Instead, it’s often better to start off newcomers with a co-operative game, where one player’s super knowledge can help the team as a whole.

One of, if not the, ultimate co-operative game is Pandemic – a title whose fame has almost spread as fast as the diseases mentioned in the game itself. A group of players take on the role of workers at the Centre for Disease Control who need to fly around the globe finding cures for four doomsday plagues. It’s a dramatic plot that reads more like a blockbuster film than a tabletop game.

Things kick off in fairly relaxed with the members of the Centre for Disease Control chilling in America but things quickly take a turn for the worst as diseases begin breaking out in different continents. Each turn players have four actions to do a number of different things: moving to different cities, swapping cards with other players, treating diseases or trying to find a cure for a particular disease. The problem is that you need to balance the threat of diseases spreading with also finding the cures and those four actions per turn are never quite enough and you’ll have to make some painful choices.

That’s because at the end of your turn you have to draw infection cards as well, which dictate the spread of the diseases and what cities they’ll pop up in next. Despite their horrible nature the diseases are actually represented by rather lovely looking blocks that look a little like Kola Kubes… do not be tempted to eat them. Although Pandemic isn’t an easy game – you will almost certainly lose a lot of the time – the co-operative decision making process is a blast and even when the plague wipes out humanity you’ll still have a smile on your pox-ridden face. 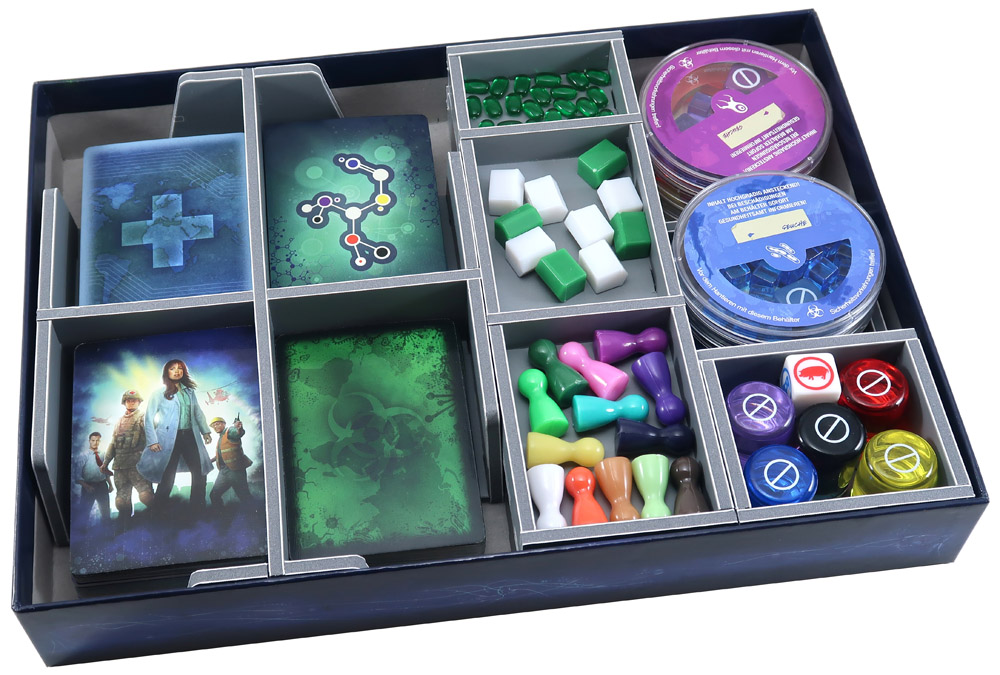 Compatible with Pandemic® and the On the Brink®, In the Lab®, and State of Emergency® expansions.