The most impressive thing about Overlight might just be the way in which it manages to build a traditional fantasy game without resorting to cliched wackiness. It lays out a world pulsating with both figurative and literal colour, and though it makes some odd design choices it still represents a haven for those looking to adventure somewhere original.

Overlight’s creators describe it as a “kaleidoscopic” fantasy game, and one look at the rulebook should be enough to tell you the importance it places on colour and light. The traditional seven shades of light are linked to characters’ stats, to the magic system and to the world itself, which is formed of seven vast, floating continents suspended above an endless ocean.

This feeds into an air of mysticism and quasi-spirituality that runs through the entire game – whether that sounds intriguing or silly to your ears will probably determine how you feel about Overlight as a whole. It isn’t afraid to lean on tropes and clichés but makes a conscious effort to stray from the fire-breathing dragons, noble knights and crafty wizards of traditional Euro-centric fantasy. Instead, it looks to mountain-dwelling monks seeking enlightenment, masked warriors armed with obsidian-tipped spears and magic-wielding, crimson-faced apes – anything you’d expect to find on the sleeve of a ‘70s prog-rock album, really.

This weird and wonderful imagery all folds into a game that, once you get it to the table, actually plays in a fairly traditional manner. The stage is set for all kinds of colourful adventures, but still fits into the mould of skill checks, combat and resource management that most RPG fans should be instantly familiar with.

Other than the setting, the most important factor that sets Overlight apart from, say, Dungeons & Dragons is probably the extensive magic system that gives each and every character the chance to channel their energies into fantastical abilities. These are incredibly varied, ranging from the power to instantly diagnose any ailment through to bleeding liquid magma onto any enemy foolish enough to wound you. 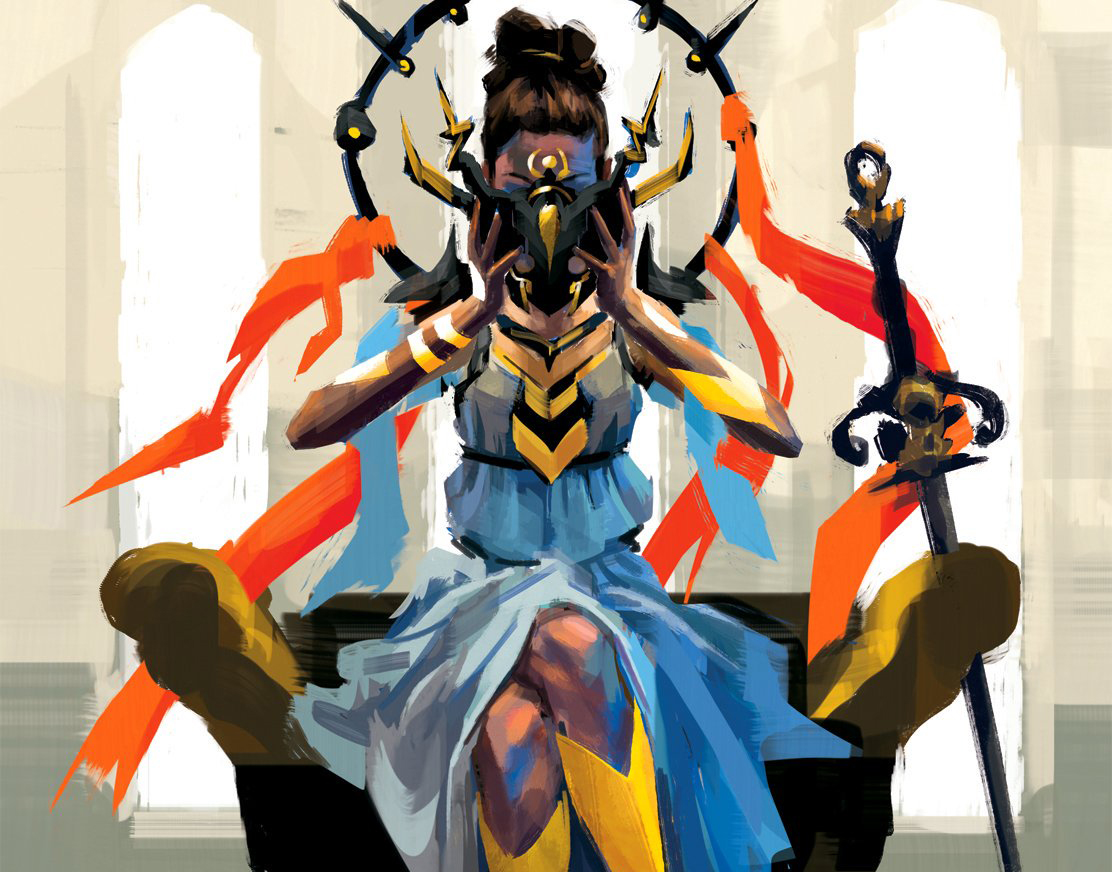 The section on these Chroma abilities is by far and away the longest in the book, making up almost a third of the page count. This is both a blessing and a curse as, while it does present a huge amount of variety, it’s a hell of a lot for both players and GMs to familiarise themselves with. Every entry is carefully written out and described in a lovely way, but picking out the mechanical details at a glance is a tricky proposition.

In fact, this is an issue that runs throughout Overlight – the entire game is stuffed with inventive, interesting ideas that don’t seem to gel to well when it comes to the practical side of playing the game. For example, if one character decides to play a Zenith Monk, the rules specify that another player must take up the role of their ape-like Hamanu companion. On paper this is a cool twist, but at the table it can be obtuse.

Similarly, while the game is built around several physical and mental attributes like so many other RPGs, it ditches the usual array of traits to focus on the more spiritual side of things. Again, this is a neat idea, but it means that it’s near-impossible to work out what combination of dice players need to roll for fairly standard interactions like sneaking past an enemy or picking a pocket.

Finally, it has a thoroughly useless index. Rather than picking out the most pertinent sections for each term it seems to list every single appearance, so the entry for the ‘Will’ trait, for example, directs to well over 100 separate pages. That sounds very minor, and it probably is, but it’s another stumbling step that feels as though it should have been smoothed out during the design process.

Overlight is a game crafted with more passion than polish. And though that passion shines as bright and colourful as you could ever want, it does mean having to deal with a few irritations.

Great ideas and beautiful art, let down by some weird design decisions.