Only takes you safari

Uwe Rosenberg is often a certain type of gamer’s favourite designer. Best known for Agricola (or Feast for Odin) and maybe most loved for Le Havre, the designer, not to put a too fine point on it, has form. So when we finally got our hands on a copy of New York Zoo, we arrived with high expectations.

Players start with a blank board, a dirt covered empty lot where their zoo enclosures and attractions will soon begin springing up from. Players move an elephant, the shared placement marker around the board, up to four spaces in a two player game, where the elephant stops means that player can take the top polyomino enclosure tile or the two animals depicted on the space. The enclosures get added, and then if you have open enclosures, you add the penguins, flamingos, arctic foxes, meerkats and tree kangaroos. You’ve got a little holding pen area, a green room for animals, to the side as well – if you need to hold on to one of the critters you’ve just acquired.

If the elephant passes a breeding spot, anyone with those animals in their enclosures get to add a couple more. Once you’ve completed an enclosure you return those animals and take any amusement tile of your choice. These are your popcorn stands and other human distractions – the sizes and variety of these means that you’re able to fill the gaps left by your polyomino pieces. Which is important as the first player to fill in their board wins.

The enclosure stacks are designed to be picked up largest to smallest, which creates a feeling of acceleration as you head through the game. Your first turns are those of casually plotting out somewhere nice for a flamingo to hang out, and later a whirlwind of snatching the least sub-optimal piece, partly because you know one of your opponents wanted it. That kind of driving force throughout the game can catch players off-guard, but gives later games a real sense of focus for everyone.

Ultimately though, we were a little underwhelmed. Like the sardonically gazing animals on the cover of the box, we felt a little detached, cynical, and nonplussed when someone completed their zoo and won. Unlike a lot of other games where you’ve building a little scene in front of you, there’s just not that joy of looking down at the end of the game, regardless of whether you win or not and being happy with what’s been made. You’re not going to be greeted with a full zoo of interesting animals, walkways and otherwise like you may expect. Instead, if you’ve been playing efficiently, there’s probably a mess of amusements and a lot of empty pens – as you return your animals for those bonus tiles.

For some, there’s going to be a game they love here – a puzzle of abstraction with a theme that doesn’t matter. For us, it was just the shrug of an unimpressed kangaroo. 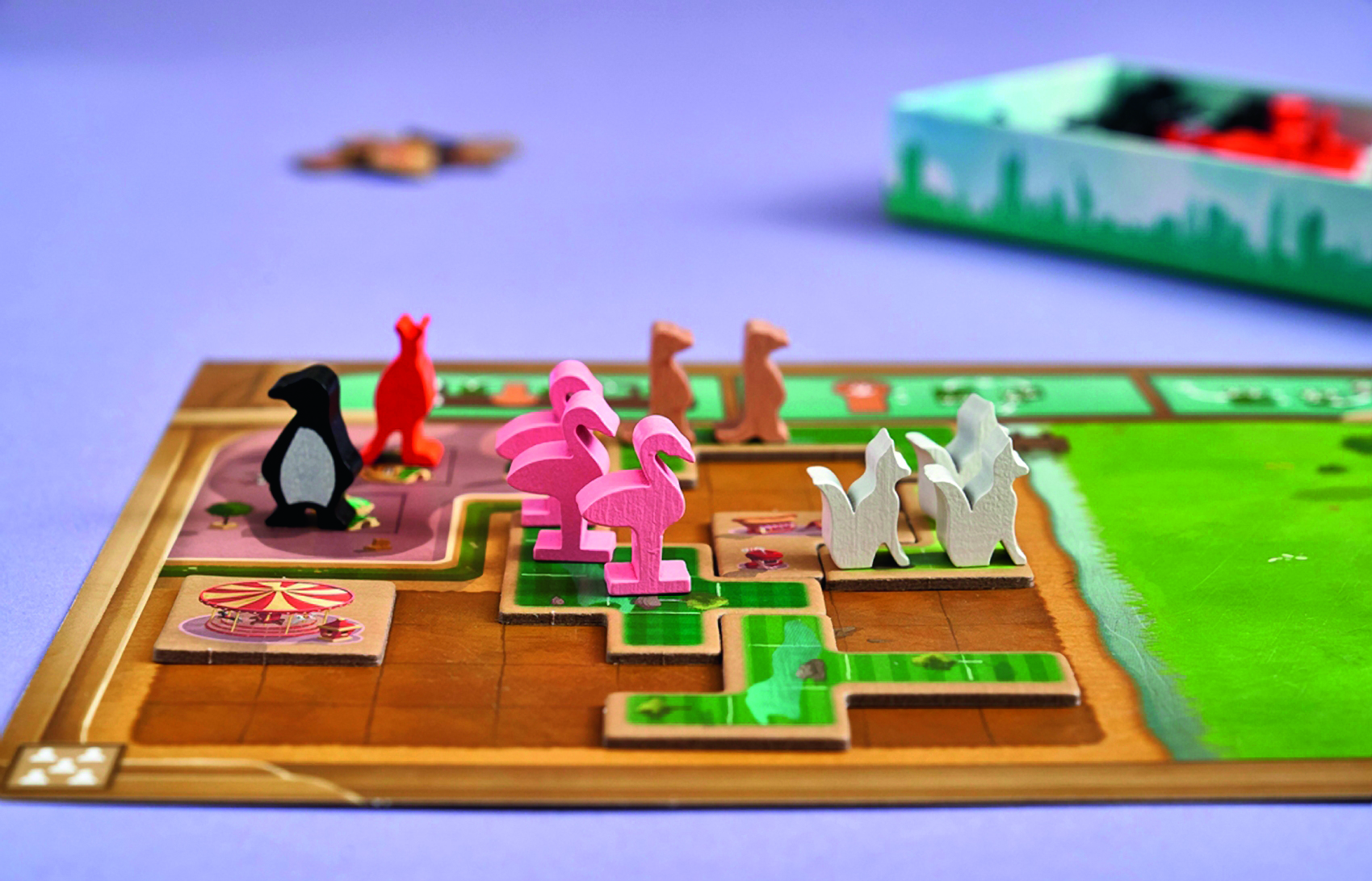 Sadly not one of Rosenberg’s classics, but certainly an appealing little puzzle for fans of the designer. Come for the pleasing puzzle, but don’t think too much about the theme.

A game all about creating a peaceful garden using grids and tiles by the equally great Michael Keisling. If you liked the puzzle element most, it’s worth a trip to the zoo.