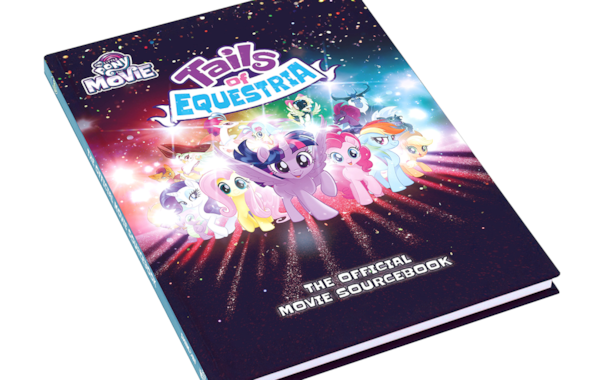 My Little Pony: Tails of Equestria: The Official Movie Sourcebook

A roleplaying expansion worth ponying up for

There are many things in this weird and wonderful world of ours that simply don’t make any sense, like dark matter, classic D&D grappling rules and the fact they cast Sean Connery as a Spaniard in Highlander, despite much of the film taking place in Scotland. To this list we can now add the fact that an RPG supplement tied in to a My Little Pony film is actually pretty darn good.

If we’re being fair, though, once the sheer weirdness of that statement has washed over us, it really shouldn’t be particularly surprising. After all, River Horse’s base Tails of Equestria proved itself a nifty little RPG when last we looked at it, providing a sleek framework that was simple enough for children to grasp alongside solid mechanics that adults could have un-ironic fun with it too.

The Official Movie Sourcebook takes the game and expands it in about every way possible, with the film’s own journey beyond that safe borders of Equestria serving as an excuse for adding on a whole raft of options for both GMs and players alike. While you may not feel the need to use it all depending on how your own adventures pan out, the amount of new content on hand is impressive when you consider that the whole thing clocks in at less than 100 pages.

Within that, you get everything from simple faction and reputation mechanics to rules for playing as a smooth-talking cat or a buccaneering parrot. If this was a different RPG aimed at a different audience the lack of in-depth character customisation could come across as shallow, but in the context of Tails of Equestria it feels simple and user-friendly instead.

A handful of the new player options might be confusing to children or even older RPG novices – such as the ‘rogue’ talent, which involves downgrading or upgrading dice in return for future benefits – but they aren’t likely to create any problems that can’t be solved with the help of a patient GM. Indeed, the book throws out just enough information that you could easily run a game that uses elements of My Little Pony: The Movie without actually having watched it (or, alternatively, for those who napped through most of it while taking children to the cinema).

Honestly the only part of the book that falls flat in places is the introductory adventure, The Beasts of Black Skull Island. That has much more to do with the layout rather than the actual writing, however, with the long, unbroken sections of text making it hard to keep track of what’s happening as you run players through it at the table.

That’s a minor complaint though, and pales in comparison to the rest of the book; though this might just be the bright colours and gentle fonts speaking, The Official Movie Sourcebook is packed with an air of real joy that’s hard to ignore.

From cover to cover, it gives the distinct impression that it knows full well how silly it’s being, and just doesn’t care. It’s playing Snap and giggling with its friends while the more serious RPG books exchange barbs across the poker table.

If you can read through almost 100 pages of pirate airships, feline smugglers and a cartoony version of the classic mimic monster without feeling a foolish grin worming its way onto your face, this probably isn’t for you – but, then again, neither is Tails of Equestria as a whole.

If you’re planning to run a game for either some My Little Pony-obsessed children or a handful of adults with a willingness to get silly, however, The Official Move Sourcebook provides a whole heap of fun new ways to play.

If you’re already enjoying your time in Equestria and are looking for room to expand, you owe it to yourself to pick up The Official Movie Sourcebook.