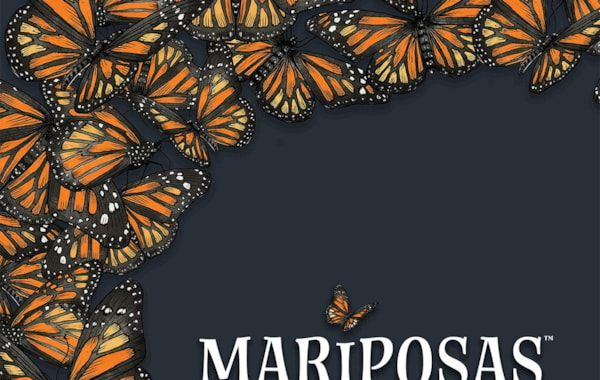 Anyone Fancy a Flutter?

If you were a fan of last year’s avian hit Wingspan, then you must be craving Mariposas like, well, a butterfly craves nectar. After an intriguing small-deck diversion with the ‘I split, you choose’ mini-game Tussie-Mussie, Wingspan designer Elizabeth Hargrave follows up her bird-collecting debut with a board game that takes to the sky on a different kind of wing (chitinous rather than feathered) and alights on a different genre (grid movement rather than tableau building), but shares the same appealingly micro-detailed attention to its natural-world themes.

Of course, any expectations that may have mounted after dozens of delightful Wingspan plays should be managed before cracking open Mariposas. While Wingspan justifiably attracted many new players to the modern tabletop, it still involved a reasonably complex layering and interplay of mechanisms, giving it a depth that surely but gently drew you in, with the help of its vast decks of beautifully painted, unique cards and tasty-looking components. Mariposas, in contrast, is a much simpler, more traditional feeling affair, featuring a colourful central board, around which players move their butterfly markers to collect flower tokens and life-cycle card sets, while trying to score the most points. It is a much quicker, much lighter game than Wingspan. But don’t let that put you off.

Hargrave is a master of gameifying nature, and here turns a remarkable phenomenon into a compelling tabletop treat. Every Spring, multitudes of monarch butterflies flutter northwards across the United States and into Canada. But, with such fleeting lifespans, not a single butterfly makes it back by Autumn, the round trip being completed by their descendants. So each player starts off with a single butterfly that they know will not survive the first of the game’s three seasonal rounds (Spring, Summer, Fall). This butterfly must hatch offspring (by landing on a space next to some milkweed), which in turn must hatch more offspring across four possible generations through the gathering of flower-token sets, and spread across the continent, achieving as many seasonal goals as possible.

The best way to bag a big end-game score is to hustle all your generation-four butterflies (the last possible generation) back down to the starting point of Michoacàn – though this proves surprisingly challenging. Movement is dictated by action cards from a hand of only two, and these must be employed thoughtfully on each turn, with only four, five or six turns per season (depending on the season). You can boost them with bonus cards from widely spread waystations, but it’s still very easy to find yourself hatching fourth-generation flappers too late, and too far away, leading to many failed sprints to the southern-border finishing line.

Mariposas, then, is a game filled with more tough and interesting decisions than you’d expect from its easy-to-digest rules. In that sense, it is even better tailored as a gateway game than Wingspan – even if, honestly, the birds do beat the butterflies overall – and it lures you back to the table for further plays, like a monarch butterfly drawn to Mexico.

Hargrave proves that Wingspan was no one-off with a light game whose challenge belies its gossamer touch.

TRY THIS IF YOU LIKED WINGSPAN…

As we say: different kind of wings, and very different mechanisms, but it will certainly appeal to the same, natural-theme-loving players.