It’ll be in the last place you look

Now nominated for the Kennerspiel Award

Mash-ups aren’t, as the name suggests, always going to be neat. When a game takes a bit of deck building and integrates worker placement mechanics, you might think there’s trouble ahead. That is not the case here. Instead, we have one of the best games of the year appearing just as 2020 is drawing to a close. Join us for a bit of jungle exploration in Lost Ruins of Arnak.

The game uses worker placement as its core mechanic, and then splits out nearly all of the resource generation and actions into the small deck of cards which players will be drawing a hand from each turn. On a player’s turn they can take one major action (explore an area on the board for example) and as many free actions as they like (cards offer resources for free when played), and then play passes to the next player around the table. A round only comes to an end when all players pass, meaning you’re usually going to get to use everything in your hand. The main thing you’ll be jostling for is position on the board, where there are a limited number of worker spaces. 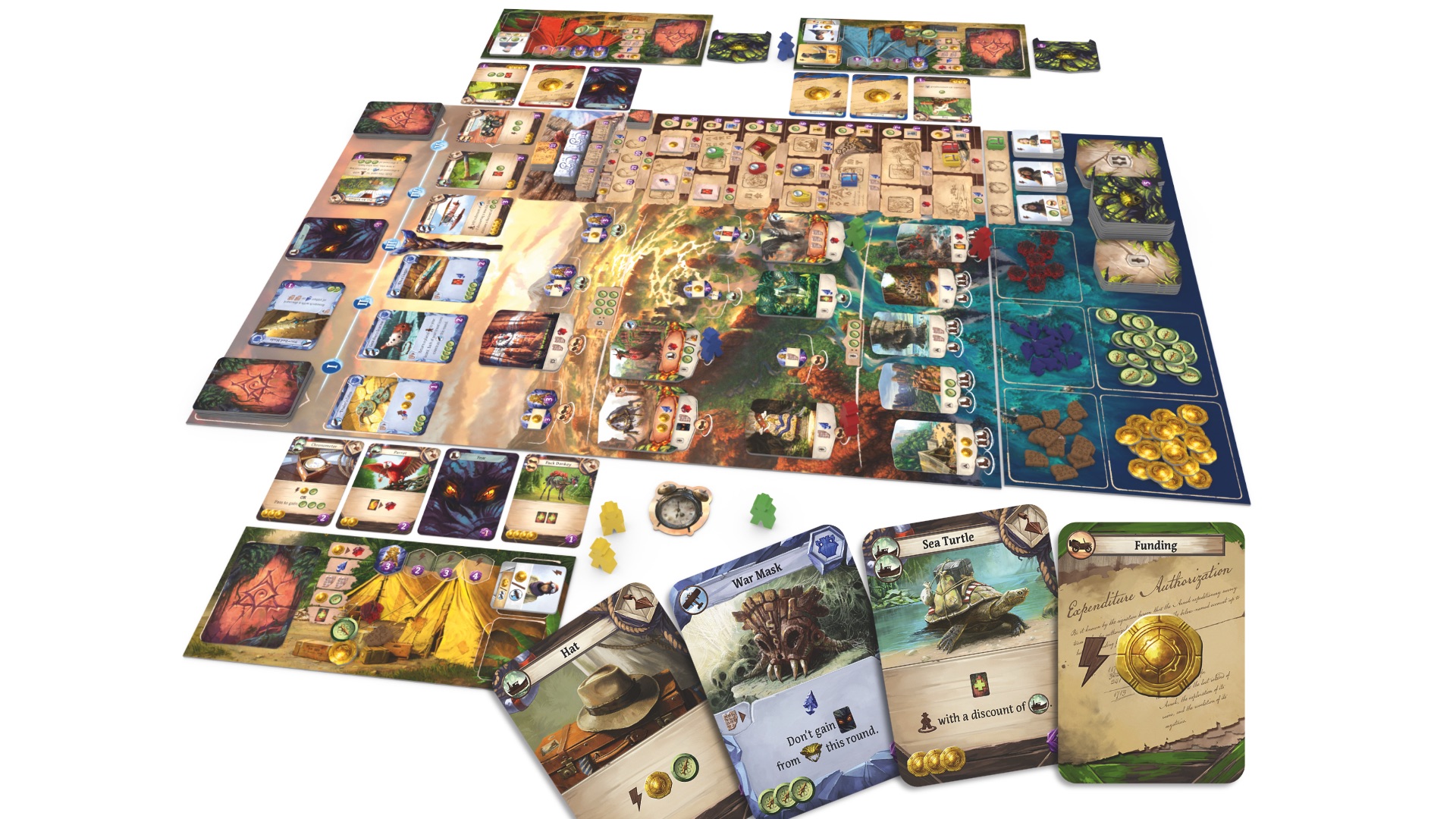 When you get to exploring deeper in the jungle, you’ll take some bonus token and awake a guardian, randomly slid off the stack of guardian tokens. These are all lovingly created, and ‘defeating’ them is simply paying the cost on the card and then tucking them in your backpack. The threat here lies in leaving the guardians on the loose at the end of the round, if you’re removing an explorer from an area with a guardian, you draw a fear card which will dilute your deck and hand down in the future.

Managing your options is the way to cut a path to victory through this dangerous jungle, as is buying in more powerful cards. The market for this switches proportions from less useful ‘tools’ to powerful ‘artefacts’ as the staff designating which round you’re in moves right. It’s a surprisingly elegant system for ramping up your resources towards the end of the game.

As there are only five rounds everything gets moving quickly, and you’re not going to be able to score everything – you’ve just got to do the best your hand can offer. Lost Ruins of Arnak is elegant, inventive, and extraordinary for how confidently it does everything as well as it does. I think we’ve found what we were looking for. 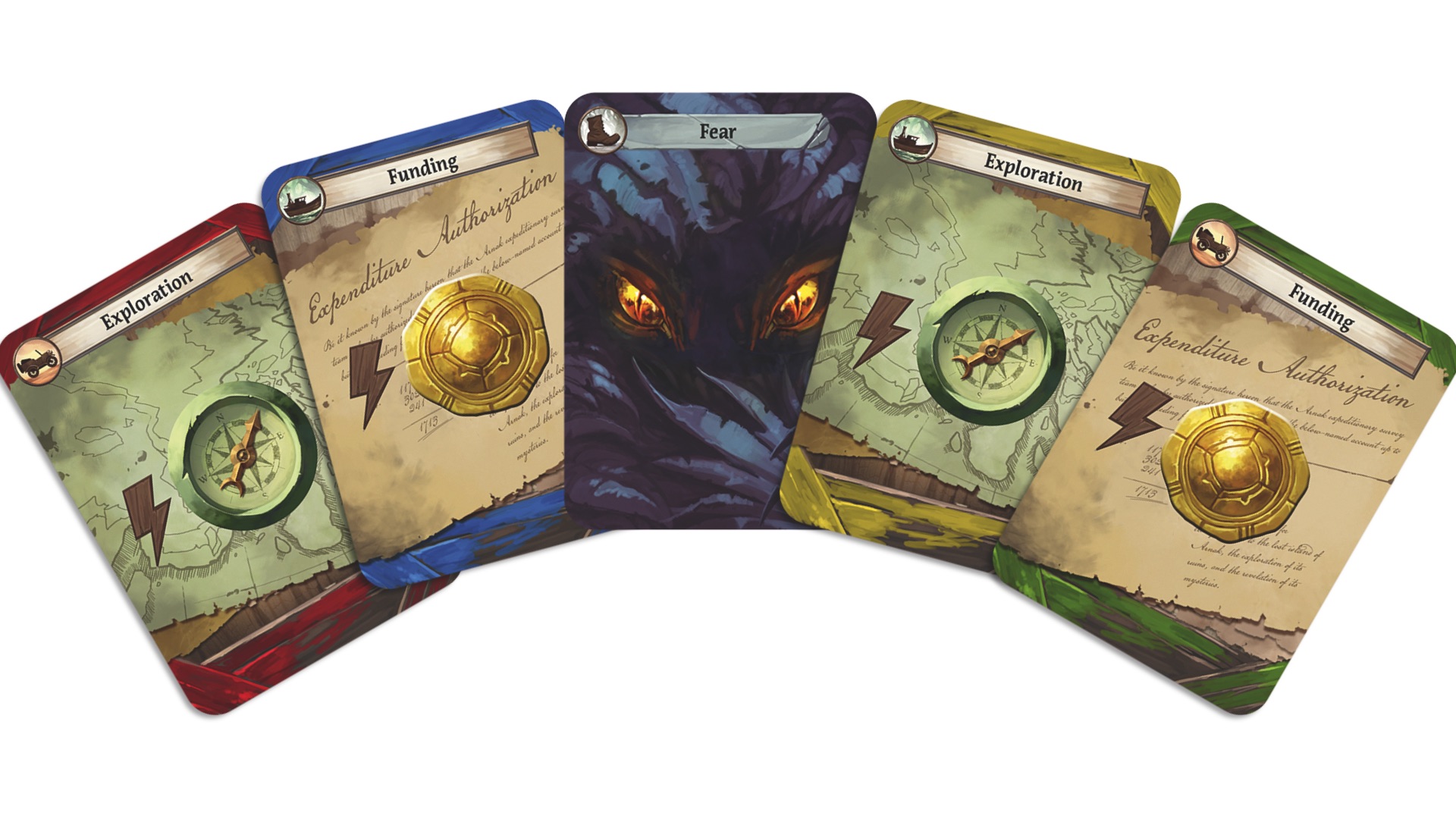 A thoroughly impressive set of mechanics come together seamlessly to provide an extremely pleasing sense of exploration. It plays fast, looks good, and challenges at any player count. Mín and Elwen are a design pair to keep an eye on.

TRY THIS IF YOU LIKED Food Chain Magnate…

Looking for a pleasing sense of expansion? Despite the vastly different themes, Lost Ruins of Arnak offers up the same sense of ‘getting better’ that Food Chain Magnate does.

Plus, Lost Ruins of Arnak featured in our list of the top Board Games of 2020! Check that out in our YouTube video below: 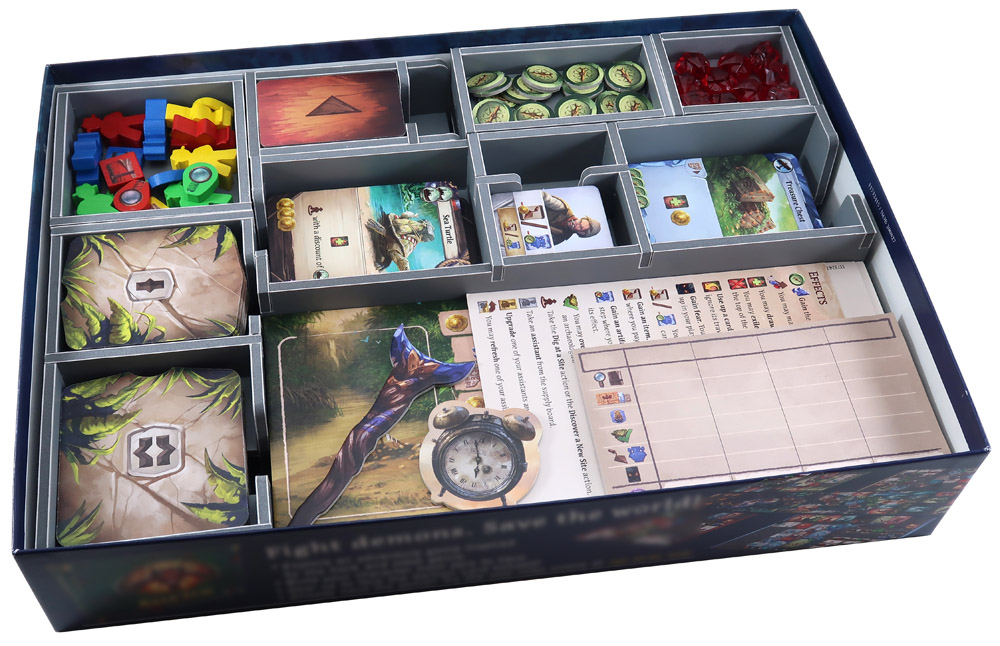 Compatible with Lost Ruins of Arnak® board game.