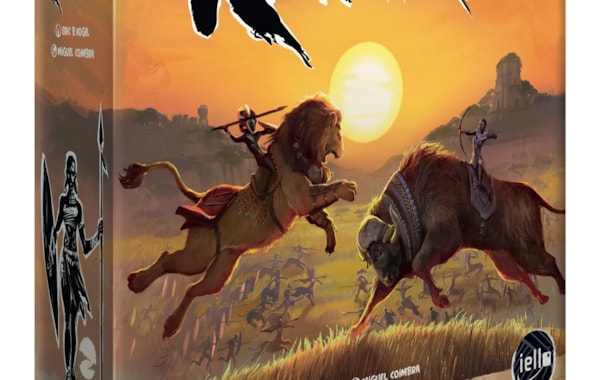 Board games are the product of an undoubtably creative industry. That said, the prevalence of stale or rehashed themes still form the butt of many an inside joke. Dungeon crawls are still dungeons and many Eurogames are still beige – and on the whole, that’s fine. But a few genres have shed their thematic ruts, revealing fertile ground for the imaginations of talented designers. Kitara, Eric Vogel’s latest addition to the pantheon of area control games, demonstrates this exceptionally.

Players will be thrust into the African lands surrounding the Great Lakes, as the leaders of one of four warring tribes looking to reunify this once grand kingdom. Despite the presence of centaur-like hybrids and heroes atop towering rhino mounts, much of Kitara’s theme stems from African history. Drawing on his academic background, Vogel thoroughly researched the history of the Kitaran Empire, respectfully adapting it for the tabletop. It’s a genuinely fresh setting for a board game, which lends itself well to the mechanics and the overall immersion.

Kitara’s clever gameplay is similarly immersive, with a slick and unexpectedly simple ruleset which belies its vast setting. Broadly speaking, players will be drafting cards to place and move units on the board, conquer territory, and score points. The actions that are played out sequentially each round are driven by kingdom cards. Split into four or five sections, each card will illustrate a player’s maximum kingdom size, which cards can be drafted, available units, range of movement, and the number of victory points scored each round. Cards will be added to players’ kingdoms every turn, forming an ever-growing row of increasingly powerful actions. On paper this might sound complex, but it essentially boils down to adding up the icons for each of the rows. Counting four arrow symbols across a kingdom for example, equates to four movement actions, and so on.

It’s satisfying watching players’ kingdoms grow, both on the board and across their cards, and somehow it all remains effortlessly readable. Sparse rules summaries on each player board, alongside clear iconography make every round quick and efficient, in turn making the exponential growth of players’ kingdoms feel that much more dramatic.

Components-wise, Kitara hits the nail on the head. Opting for charming meeples over the two extremes of basic cubes or flashy miniatures, just feels right. Indeed, due to its relative simplicity and small scale, the game would arguably suffer under the weight of the kind of over-production many publishers champion. Miguel Coimbra – who has lent his illustrative talents to hordes of classic designs and similarly fantastical themes – does a fine job bringing Kitara’s world to life, from the stylised map to the dynamic box art. Also particularly nifty is the inclusion of a separate two player map. Aside from being adorably compact, this consideration rectifies the typical blocking off of regions most area control games employ for lower player counts.

With its fascinating Afro-fantasy setting, coupled with a handful of other innovative plays on the genre, Kitara elevates area control from its reductive ‘dudes on a map’ connotations. Much akin to titles such as Blood Rage and Kemet, Kitara’s grandeur proves that there’s still room for originality in this ever-growing genre, and the industry as a whole.

A smart and fun game at all player counts, with a theme that will have you reaching for the history books.

TRY THIS IF YOU LIKED TINY EPIC KINGDOMS... 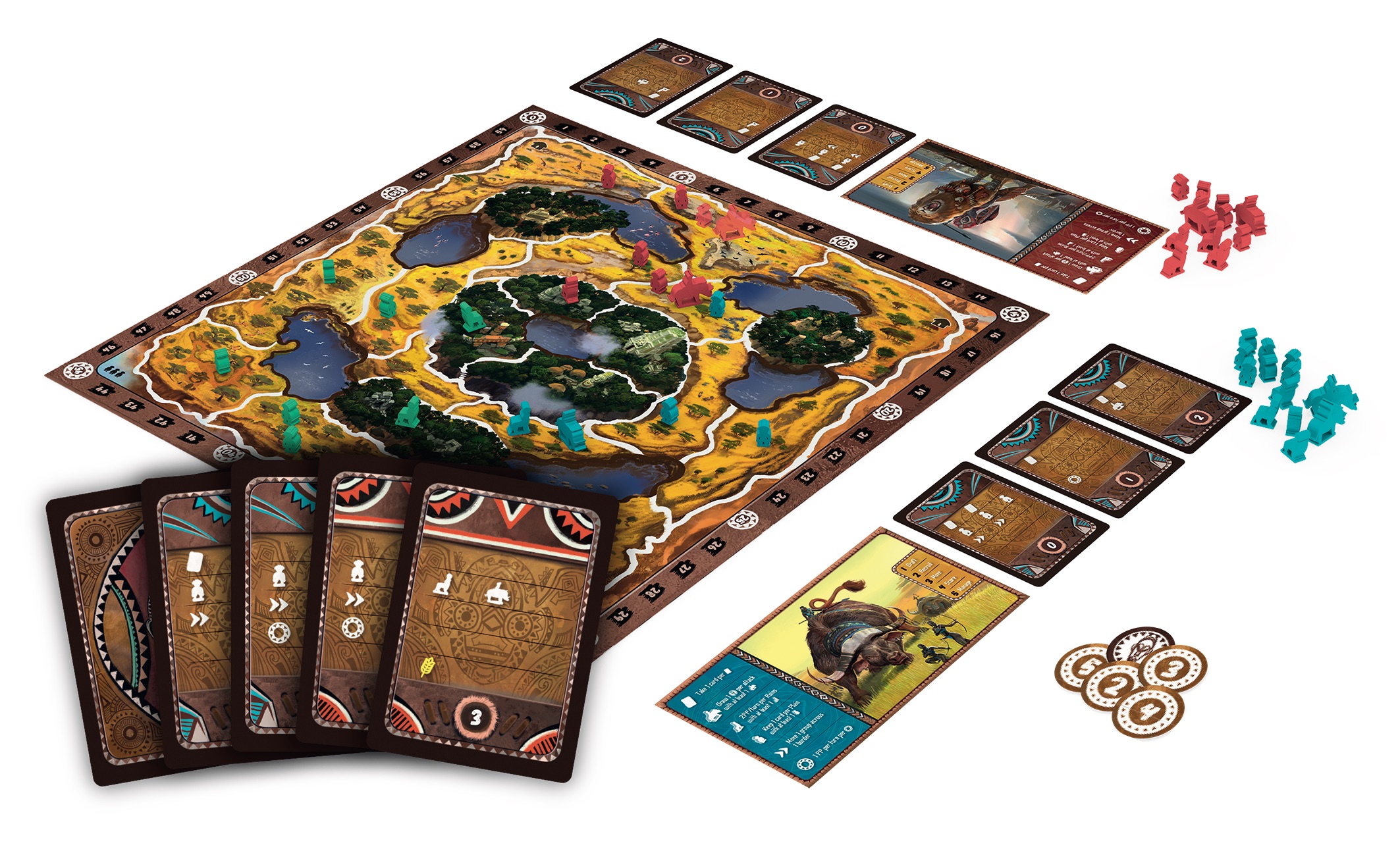 Whilst not quite as small, Kitara will still surprise players with its deceptive sense of scale and depth.