Great song and dance if you can haka it

Karekare is a deceptive game. Set in Aotearoa (New Zealand) we play as tribes exploring and working the land to build our civilisation and grow sweet potatoes, the art consists of nice tiles and amusingly anthropomorphised local wildlife. It’s got little boats and houses. And yet, when you get the game to the table, there’s quite a vicious back and forth happening underneath.

The game is played out by making three randomly chosen stacks of tiles, returning the rest to the box. A small market is drawn that you can take from, and you always have a hand of two tiles. When the tiles are played down, you trigger the effects of your tile in its new context. Place a forest next to a forest and get some charming wood tokens, a field next to a forest will yield some equally charming sweet potatoes. You can use these to build houses and canoes later, providing your tribe with honour (victory points). The scoring happens at the end of each pile of tiles, with the most points scored for canoes, fewer for houses.

Placing canoes can be a bit tricky however, as while water tiles are very helpful in this regard, other players can place forest tiles next to your water tile and swap your canoe for theirs. As such there’s a struggle of optimal tile placement and timing here. If the round is running out, placing your canoes can lead to big points, but it might also mean opening your potential lead being flipped into someone else’s. Placing the relatively expensive houses has a similar issue that other players can get points for placing tiles adjacently, less than you would, but it reduces the number of bites of that particular hut-shaped cherry.

It’s a case of what you want to risk opening up for your opponents every move. The game is one where there’s always a good move for you on the board, it’s just whether it’s the best possible one. So rather than the Carcassonne problem of ‘where does this fit to my benefit?’ it’s more about open strategic options and forming the kind of game you want to play. Equally, because the mix of tiles is different every game (especially at the two-player level) players can’t necessarily solve the board in the way they want it to be.

The only downside of the tile matching system is that because tiles go both ways, there can occasionally be some confusion as to which effect can be activated. It’s not a huge hurdle or overcome, but we’ve rarely used player aids as much as we did in this game.

When it comes to family tile laying games there’s plenty to choose from, but the charming flavour, cute art and the chance you might learn something about island culture and birds makes this a great island to be stranded on.

An excellent tile layer that is only stumbles when it comes to remembering which way around and action’s effects are implemented. Beyond this minor gripe, there’s a beautiful and elegant game to discover on this island.

TRY THIS IF YOU LIKED: Carcassonne…

Just like the classic tile laying gateway game, Karekare offers players the fun of creating an expanding map each turn and the ability to strategically steal points from one another. 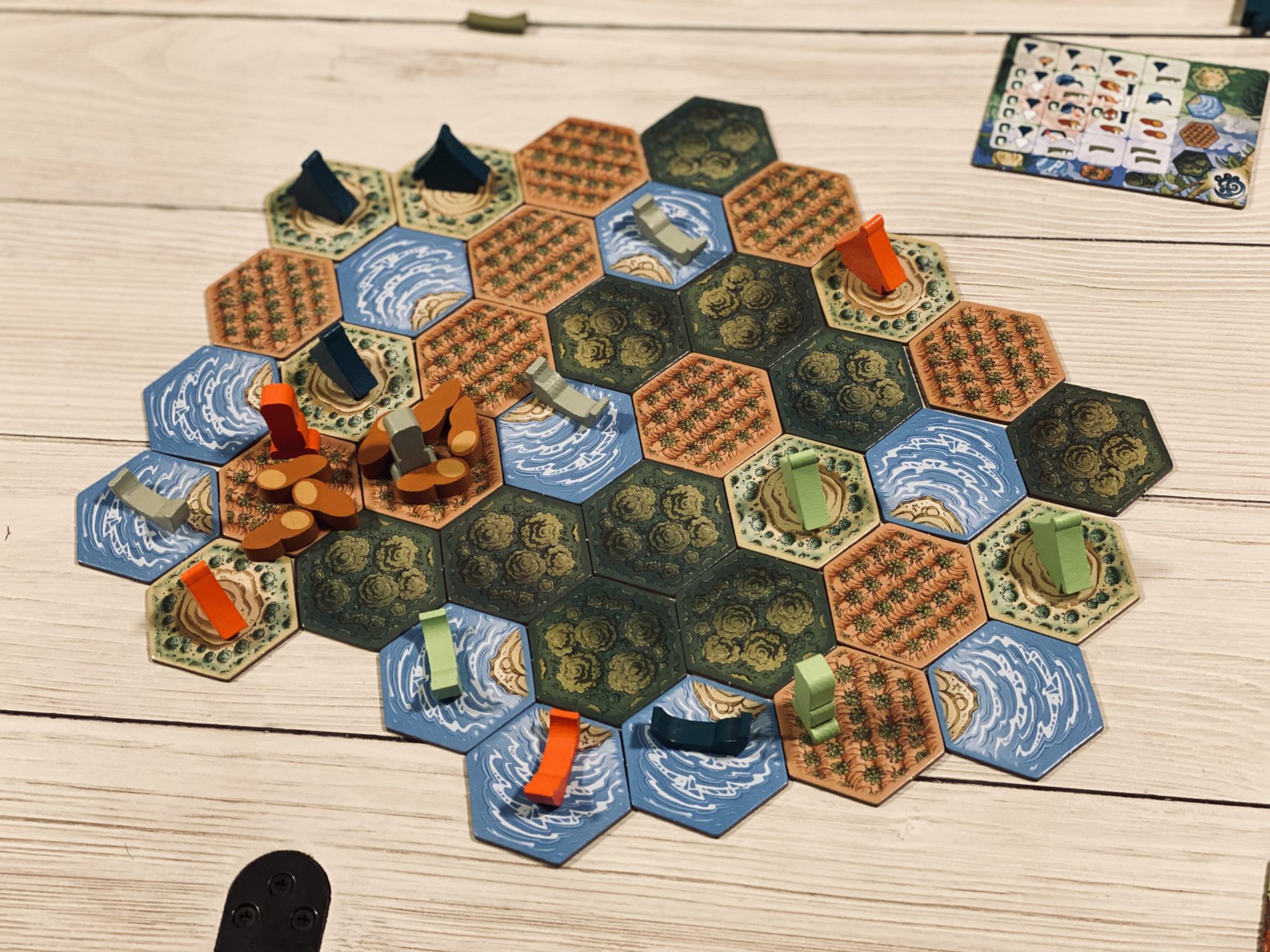