Why do historic strategy games have to be so ruddy long to play? I understand that there’s lots to cover, but the all too common doldrums between turns and the sheer volume of stuff to learn gets tedious, fast. Fortunately, Imperium manages to successfully solve half of this problem.

Imperium (available as Classics or Legends, each featuring eight different civilizations and are fully compatible) reinvents the empire strategy genre through a deck building engine so well machined it could run a jump jet. Each civilization has its own unique deck of starting cards, advancements and developments, with a shared common market of cards accessible to all players. Whilst each civilization has its own varied approach to victory, player turns are split into three possibilities: Activate, Innovate or Revolt.

Activate gives players three action points to play cards from their hand and five exhaust tokens to activate cards previously played. These include expanding your nation’s lands, building advancements, playing cards to gain resources or spending resources for new cards. If you run out of cards to draw and have spare exhaust tokens, you instead add the top of your nation deck to your discard pile, then shuffle it all to recreate your draw deck. Once the nation deck is exhausted, players instead choose any one of their development cards, each with its own additional resource cost.

Digging through your draw deck efficiently can be challenging. Fortunately, players can instead ‘Innovate’, binning their entire hand as well as either choosing a face-up market card to gain, or nominating a card type to gain face down from a market deck. This approach is often less efficient than Activating, but is a nice emergency option if your progress has stalled.

And progress will inevitably stall. When adding new cards into your deck, either from your nation deck or gaining certain cards, you’ll gain nasty Unrest cards, which literally do nothing, lose you victory points and can cost a lot to remove. That is unless you ‘Revolt’ returning any number of unrest cards from your hand to the supply. While not exciting, this can save your civilization from ruin – if the unrest pile is ever empty, the game immediately ends, victory points ignored and whichever player has the least amount of Unrest walks away champion.

The sheer volume of interesting cards, possible combinations and the fresh twist that each civilization brings is both staggering yet fascinating. Your first few turns help you get to grips with your civilization, before being pushed into the wider world as players frantically compete for the most optimal cards for their strategy. Violence isn’t always the answer and some of the best games I’ve played only resorted it as a means of keeping others in check (although playing as the Celts, smashing and stealing whatever I could, made me grin maniacally.)

Unfortunately, whilst gameplay is well paced (I especially love that the cleanup step takes place during the next player’s turn, minimizing downtime) the setup and rules explanation are still a slog. It takes 20-30 minutes to prepare, explain the rules minutiae and ensure the hieroglyphic shorthand is understood, sometimes making it an almost Sisyphean effort to get to the first turn.

If your table is eager, loves engine building games and is well stocked with provisions, you’ll survive long enough to start loving this magnificent ‘minimalist’ strategy game. But this is sadly not something all play groups are going be able to get absorbed into. That said, the solo campaign mode is not only well designed but highly engrossing, making this well worth buying for single player puzzling. 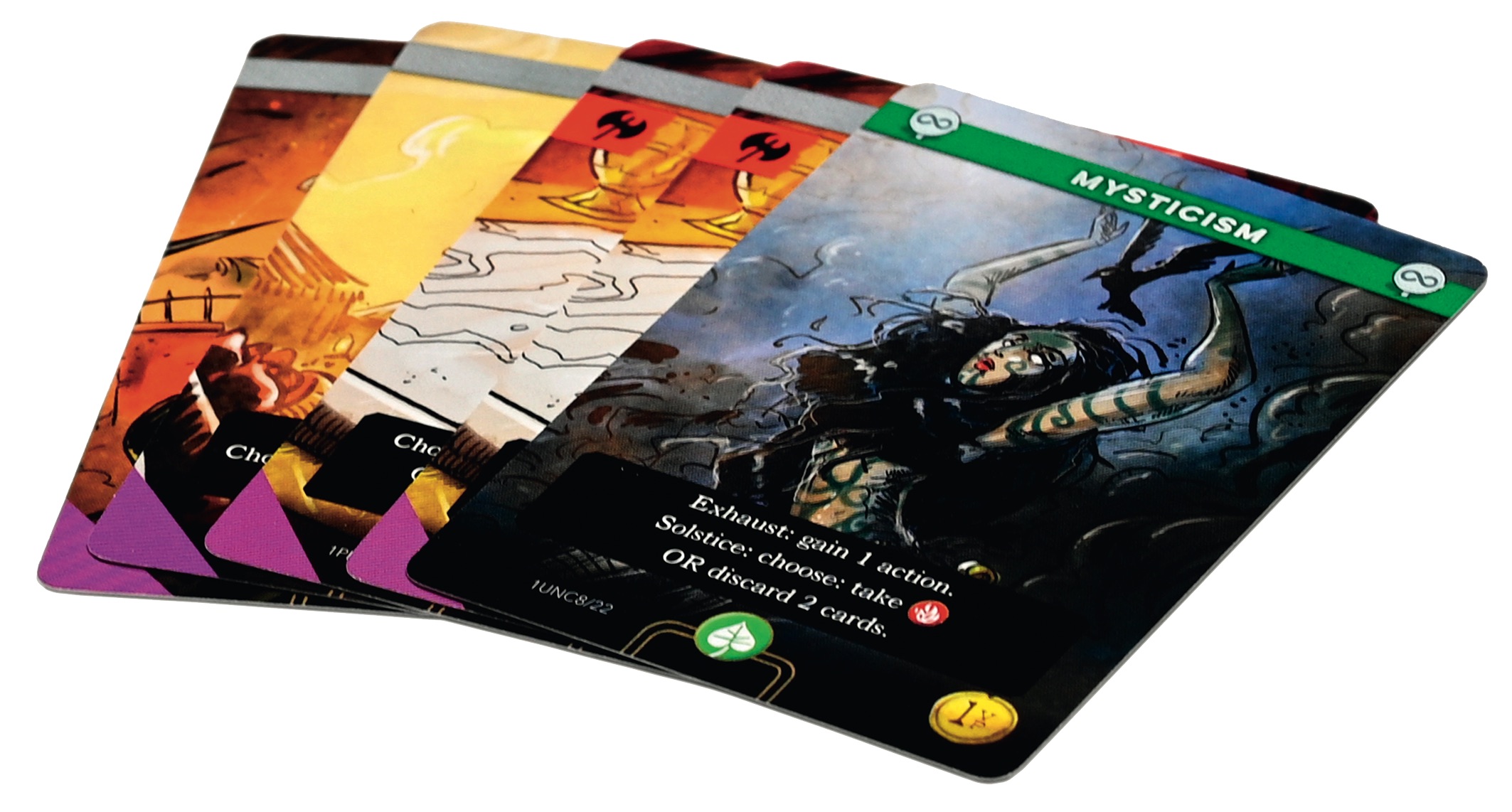 It’s cumbersome to learn and unforgiving to newer deck builders, but if you’re willing to stick it through there’s a phenomenal strategy game with plenty of reply value.

TRY THIS IF YOU LIKED DISNEY VILLAINOUS

Strange as it sounds, if you loved carefully assembling your nefarious schemes and have a passing interest in history, you’ll love how much Imperium expands upon this cartoony card management gem