Chill out with D&D's coolest campaign to date

Buried in a land of eternal winter and prowling death, Rime of the Frostmaiden is a deadly little shard of ice that skirts the line between snowbound survivalism and high-fantasy heroics. Beneath the gloom and doom of its setting, however, the latest campaign for Dungeons & Dragons Fifth Edition lays out some truly wonderful opportunities for sandbox adventuring and solid roleplaying.

The adventure drops its heroes into the classic D&D frontier of Icewind Dale, which is even colder than usual thanks to the presence of a grumpy minor goddess who’s been keeping the entire region trapped in an endless winter. It’s not the most complex premise in the multiverse, but it does a sterling job of setting up both the campaign’s end goal (defeat the goddess, warm things up a bit) and what makes the entire thing feel special (everything is bloody freezing). 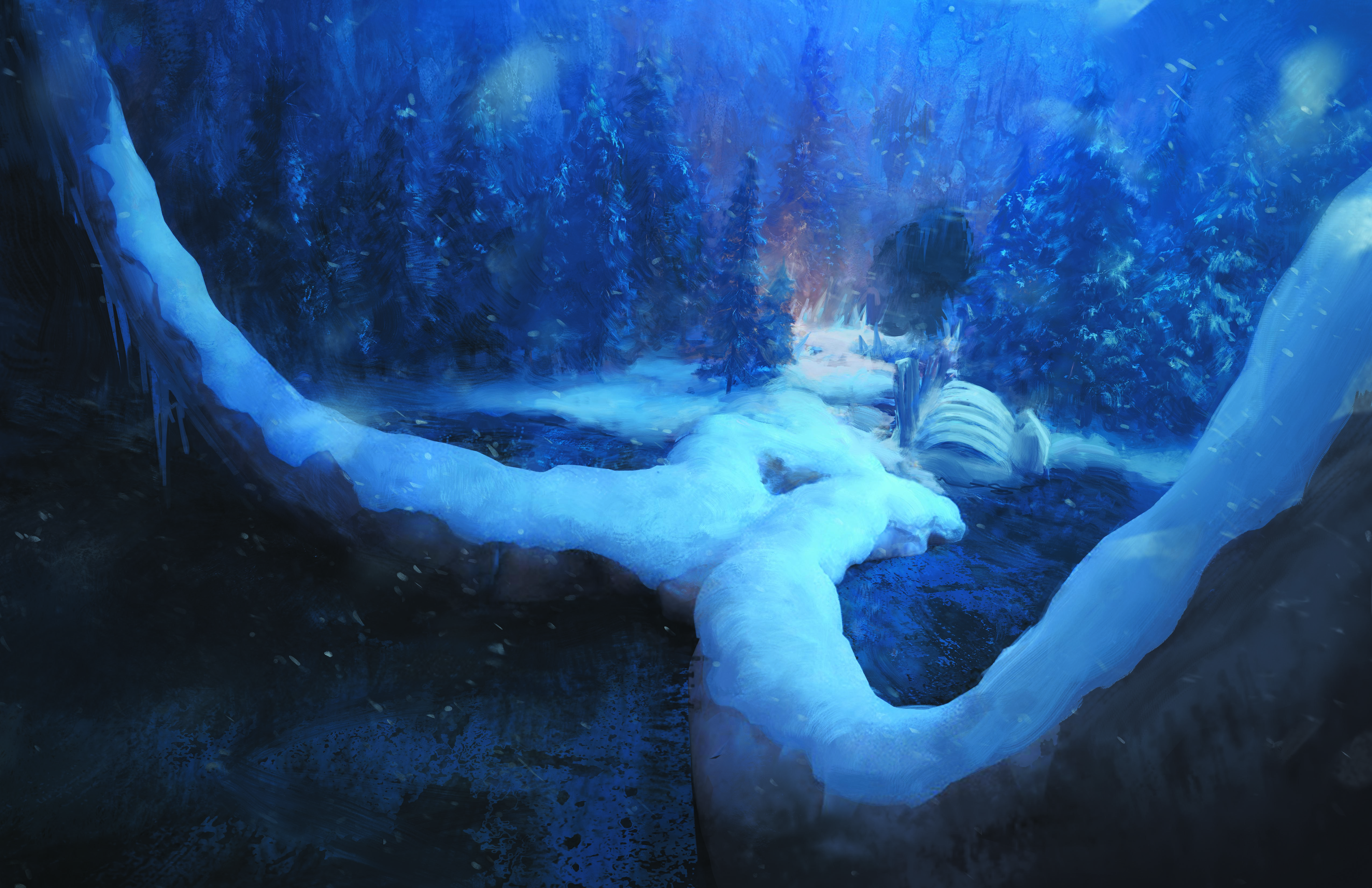 More than this, it also helps to keep the players’ attention focussed on one of the book’s greatest accomplishments – the world it paints through both words and beautiful splashes of art. It’s become a cliché to say that the land itself feels like a character in the story, but as your party wanders across the crackling ice and creep through snow-heavy pine trees it’s hard not to feel like it might be right this time. It’s important that they keep the snowbound world in mind as they explore, too, as there’s a much greater focus on travel and survival than you find in most of the campaigns so-far released for Fifth Edition. There are special systems introduced for handling avalanches and ice-cold waters, and any party who wants to live past their first few sessions will quickly sort out their plans for making fire in the wilderness.

The rules around this kind of frontier survivalism aren’t particularly brutal by the standards of more true-to-life RPGs; they are more about grounding you in the setting than making things realistically miserable. However, things in Icewind Dale are certainly a little darker, and lot more dangerous than you might find in a more traditionally heroic D&D adventure.

Indeed, this applies to much of the campaign’s tone too. Though things never quite make the lurch into full-blown horror, Rime of the Frostmaiden certainly flirts with dread and creeping chills in several places. This is especially prominent in the earlier parts of the adventure, where the players regularly trip over the bodies of poor souls who weren’t killed by anything as fantastical as a dragon or a wizard’s fireball, but by brutal cold and stark poverty. At every possible step, the game seems to be reminding the players that this Icewind Dale is a hard place, made harder by the endless winter, and if nothing else it can be a great way to encourage them to push on and search for a solution.

An awful lot of the campaign is actually deeply free-form, with the party being nudged towards their final foals rather than pushed or pulled. The lengthy opening phase of the campaign drops the heroes in a frozen sandbox and entices them to explore with a long list of minor, introductory quests that do a great job of foreshadowing later heroics.

These bite-size quests are a highlight of the entire book, and though some may find it frustrating to spend what could amount to a couple months’ worth of sessions setting the scene before the main plot kicks in, this entire section does a great job of blending the freedom that makes RPGs so enthralling with enough guidance to help newer GMs.

Perhaps the one area where the book falls short is in managing the campaign’s difficulty through these early stages. The wandering-adventurers conceit means that the party can easily stroll into a quest packed with monsters that far outstrip their current strength. While this isn’t always a problem – some of the greatest D&D memories are spawned when the heroes need to think their way out of a problem rather than charge in blindly – the book isn’t great at flagging up when this is likely to occur, or helping less experienced GMs manage their panicked party when their strongest fighter gets smeared across the ice with a single hit from a Verbeeg.

As upsetting as this might be, however, it is perhaps a reminder about what makes Rime of the Frostmaiden feel special among the pile of D&D adventures sitting out there – its blend of heroism and horror, of brutal death and mighty rewards. This may not be a twist that appeals to everyone, but if you want your game a little darker and deadly than usual, this might be just the campaign you’re looking for. ∗ 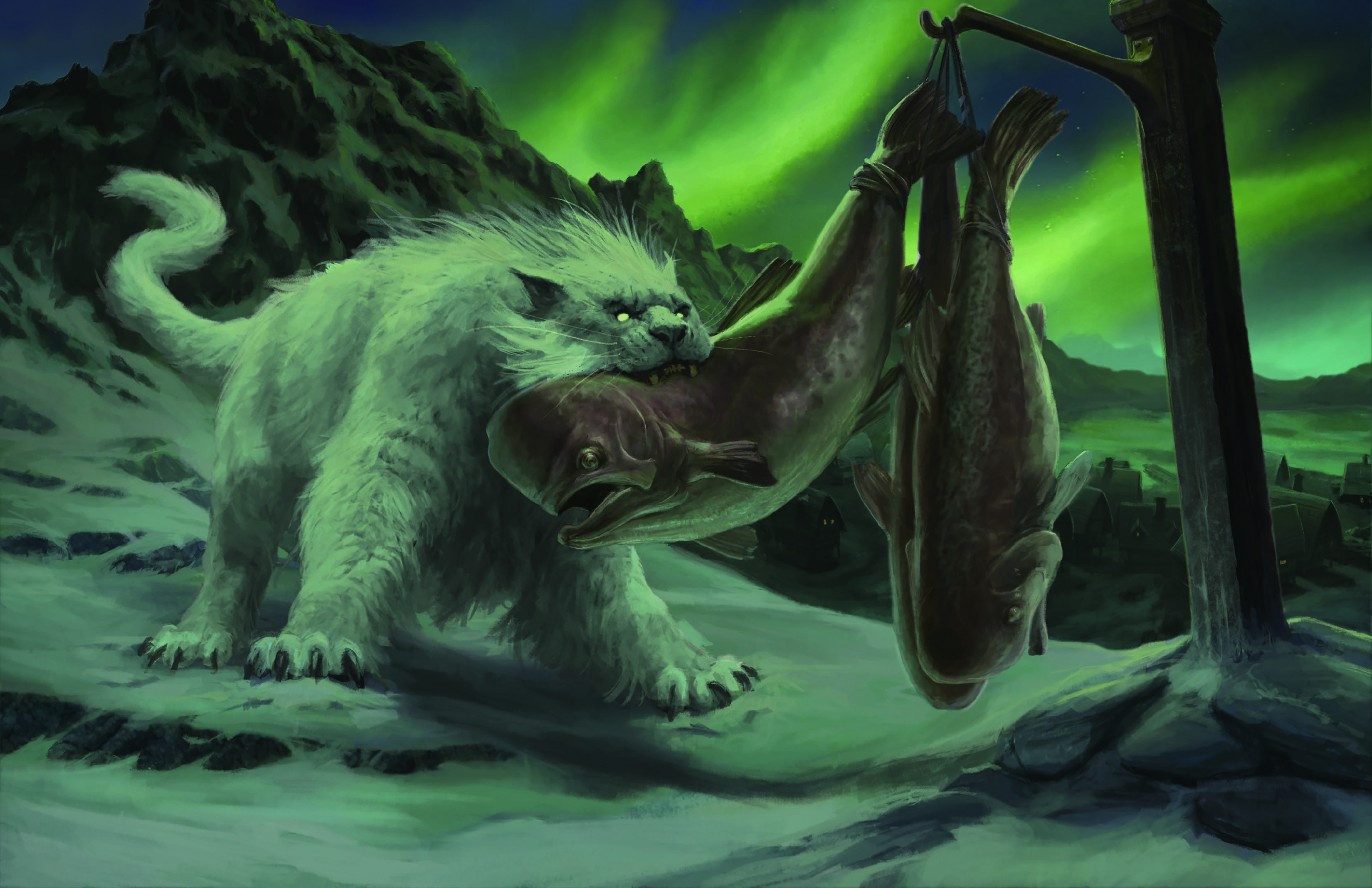 TRY THIS IF YOU LIKED Forbidden Lands: The Bitter Reach...

Enjoy the chilly dangers of The Bitter Reach but want to keep things a little more heroic? Take a look at Rime of the Frostmaiden

Want to know more? We spoke to lead designer Chris Perkins, and ended up wandering through the horror elements of the new book, the new monsters found inside, and the horror influences that went into making it. See below!