The great festival of colours, Holi sees the celebration of the arrival of Spring through colour, a beautiful Hindu festival full of fun and powdered paint. Though my personal experience of flinging paint only gets as far as an ill-advised university paint party, all the fun of flinging paint at someone else and getting to see the result has here been translated beautifully into a multilayer area control game (without the student debt).

Everything about this game is delightful to the senses. Instead of a standard flat lay board, you’ll construct an impressive three tiered game area. Instead of a standard meeple, you’ve got great animal meeples, and brightly coloured paint tokens to match to it. The layers that make up the tiers themselves are plastic, with grooves for the grids, preventing a colour merge, and cleverly ensuring any accidental knocks of the board by player or over-curious cat won’t spell the end of the game. It feels robust and sunny, from the very first look at the box, through to its being full of colour, and all the way up to including GameTrayz designs that see you able to put the game away securely at the end. 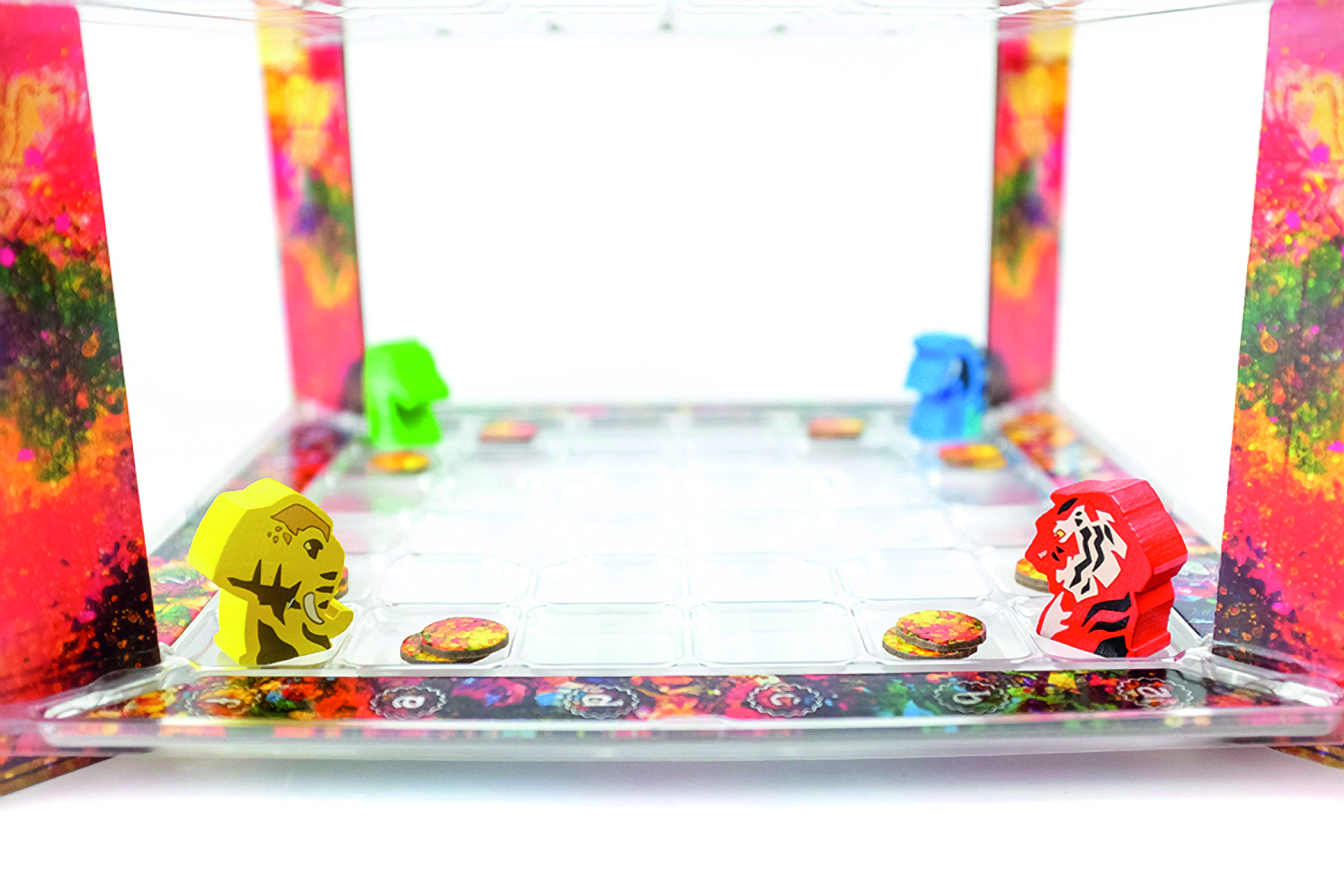 To create the visual extravaganza that it has every opportunity to be, players are draw cards of their colour containing 3x3 grids that show a placement of colour. You’ll then lay your own colour in this formation on the board, in line with where your meeple is located. As the board fills up, you might find that you can’t play the cards in your hand, at which time you may choose to surrender a card in order to place a single colour down, or climb to the level above.

It would be a fun but not overly exciting game on a single level, but it gets even more competitive once you ascend. You cannot drop back down when you raise a level, but now when you lay down your colour tokens, if the same square on the level below it is free, the colour token will ‘fall’ and take up that space, giving you the opportunity to fill even more of the board below. Tactically, that’s both great, and awful – on the one hand, you’re maximising your presence on the board, meaning you’ll be less likely to have tokens left over at the end, but on the other, part of the scoring system is a single point for colour tokens on the bottom, two for the second level, three for the third, and so sometimes it’s best to keep those tokens as high as possible.

Suddenly your thoughts are multilevelled, you’re trying to lay Tetris blocks of colour across not just one layer, but three, as if it’s some epic version of 3D chess. However, with lots to look at, it encourages you to stay engaged as a result. When you add in the opportunity to take a direct hit on your opponent for an extra point, or begin to gather sweets or other tokens, there’s a lot to consider, preventing the inevitable reach for the phone for a quick scroll through facebook while you wait.

It would have been easy to make this game less complex, and just rely on how it looks to see it through, and I’m so pleased that instead, it’s both. There are a number of options and rules, but it succeeds in condensing these in a manner that many can’t, making it super quick to pick up and really easy to teach to others. Plus, once you’ve got the hang of it and started getting really competitive over it, it adds in rivalry cards, to spice things up a little more, meaning the games are different each time you play. 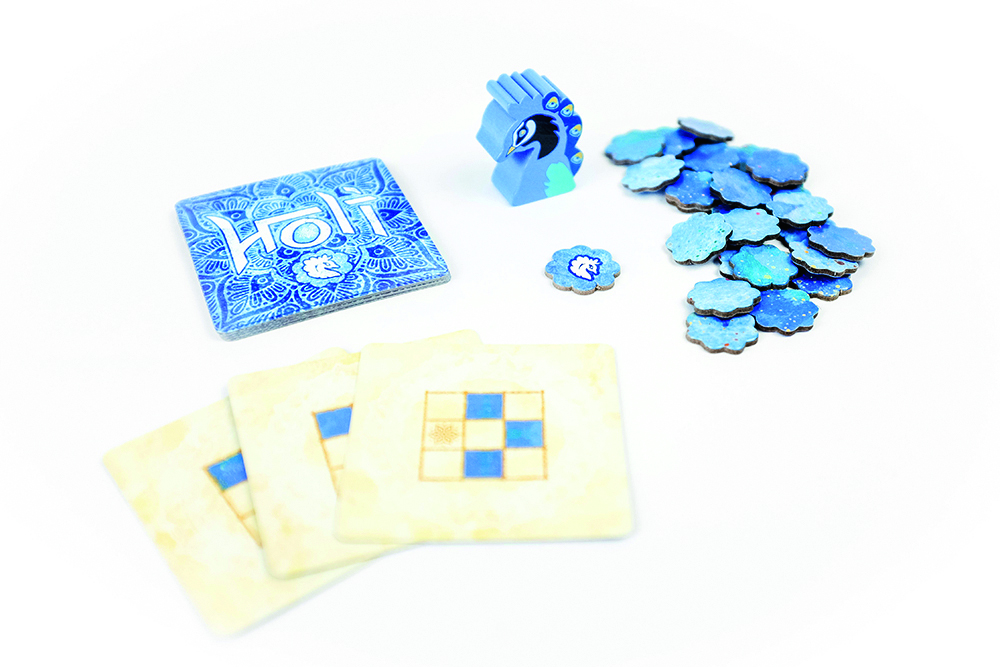 A really fun and bright game. The only real regret I had in playing, was that I never had the opportunity to actually throw anything – though admittedly, my hoover approved.

TRY THIS IF YOU LIKED Ubongo…

This is a fellow shape based game, but levelled up, grown up, and skyscraper-ed up in comparison.