In Glen More II: Chronicles, players will be toying with the same slick mechanics of its predecessor whilst leading their clans of 17th century Scotsmen to wealth and acclaim. Tile by tile, territories will grow, with each new one triggering the action or resource generating effects of those around it. But, this time around, things are notably more vast. 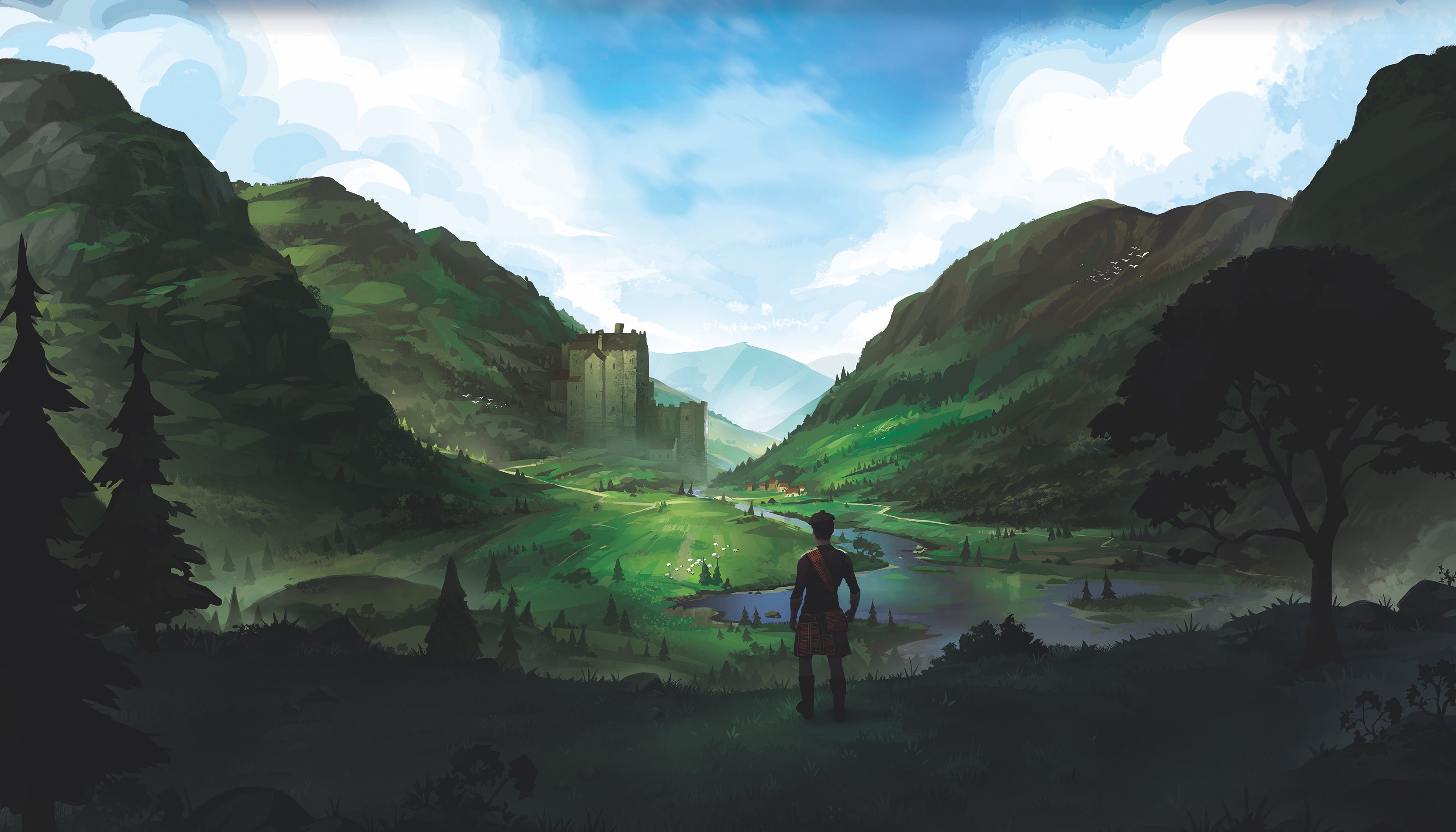 Where some elements have seen refinement, others have been amplified – in terms of both production and content. Tiles are now bigger and more diverse, with new ‘Person’ tiles adding further strategy alongside a taste of actual Scottish history. Components have been upgraded across the board too, with gorgeous new art, custom meeples, and chunky resources. Above all, though, are the titular Chronicles; eight modular, micro expansions which introduce snippets of fun, thematic gameplay changes to keep players engaged.

Whilst it would be inaccurate to say that quality isn’t consistent across the Chronicles, it’s worth noting that they do differ in regards to depth and overall game length. Newer players can be thankful for the minor gameplay quirks of some of the easier modules including a simple, but satisfyingly tense ‘Dragonboat Race’, whilst those with more familiarity can enjoy the genuinely interesting Chronicle detailing ‘The Dubious Tome of Scottish History’ - essentially a landmark tour guide in board game form. 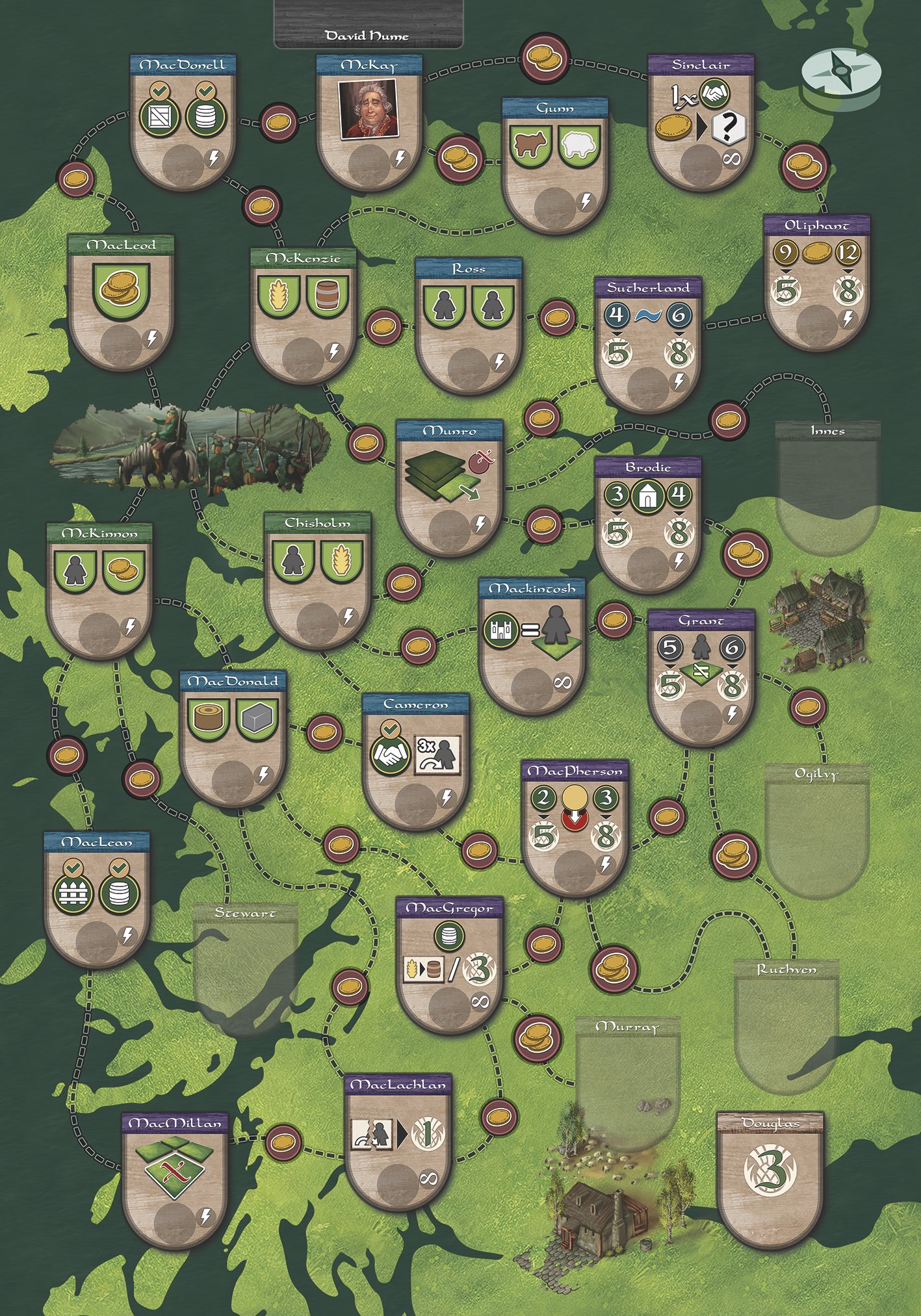 Central to the Glen More experience is its rondel. Comprised of a loop of tiles representing villages, various agricultural industries, famous landmarks, and notable persons, this dynamic rondel dictates the game’s actions, length, and general flow. There’s no strict turn structure here, with the active player instead always being the one whose Scotsman is tailing behind the most. Players can move around the rondel as far as they wish in order to snatch the perfect tile, albeit at the risk of seeing your opponents clock in multiple turns before your next move. Of course, one would then assume the best course of action to be moving little and often, amassing a huge territory (this is a tile-laying game after all) and gaining the favour of multiple nobles. But no, in true Euro fashion, efficiency is key, and ironically, less is more.

Indeed, players will be penalised for each tile in their territory exceeding that of the total of the player with the smallest – a puzzle made all the more punishing due to how generous the game initially seems to be. The urge to expand is often just too great, the potentials too enticing. Resources will be plentiful at first, but soon these tiles will be triggered less, closed off by others you just couldn’t resist taking.

This tricky balancing act is mirrored in other areas of the game too, particularly when moving your other meeples around your carefully curated kingdom. Whilst shoring them up within your home castle will score points, expansion can only be achieved by branching out, as new tiles must be placed adjacent to them.

This beautiful, incongruous merging of generosity and reserved efficiency is a stroke of Eurogame perfection. It targets the gamer inside us who revels in the excess of both the physical game itself and its resource rich, map-expanding gameplay, but also the part of us itching to uncover the most efficient path to victory. For all the Euro fans, this is one not to miss.

A carefully curated, remastered edition of an already solid design that miraculously manages its intimidating wealth of content in a way that never feels bloated, gimmicky, or unnecessary.

TRY THIS IF YOU LIKED CARCASSONNE

If this tile-laying classic has you yearning for more, Glen More II should scratch that same itch and surprise you in the process.