A big part of the appeal of setting-free RPGs lies in their flexibility, and while Genesys has always had a solid base of options to play around with, the Expanded Players’ Guide doubles down on the scope of games in almost every direction imaginable.

Where previous supplements for the generic RPG have focussed on specific worlds or genres, such as cyberpunk and swords n’ sorcery fantasy, this latest book proudly embraces its amorphous heritage. The result isn’t instantly exciting in the way a more focussed product might be, but within its modest page count you’ll find dozens of little ways to spice up adventures and build new worlds.

For example, when you’re just skimming through the rules a lengthy section on how to brew up vehicles may seem a little dry and plodding. However, as you flick through the examples it’s hard not to be struck by the wealth of possibilities it brings.

With just a little bit of work you can use the systems to drum up an anime-inspired mecha campaign where heroic pilots batter monstrous foes with giant robots. If you’re feeling a little less fantastical you could just as easily conjure up tanks and zeppelins for WW1-era pulp heroics.

Honestly, if you wanted to you could easily just skip over the details for making vehicles on your own and simply fiddle about with the 30-ish sample creations listed in the book. They span everything from war chariots to interstellar cruisers, so there’s a good chance that something close to whatever weird airship you feel like grabbing is in there somewhere. 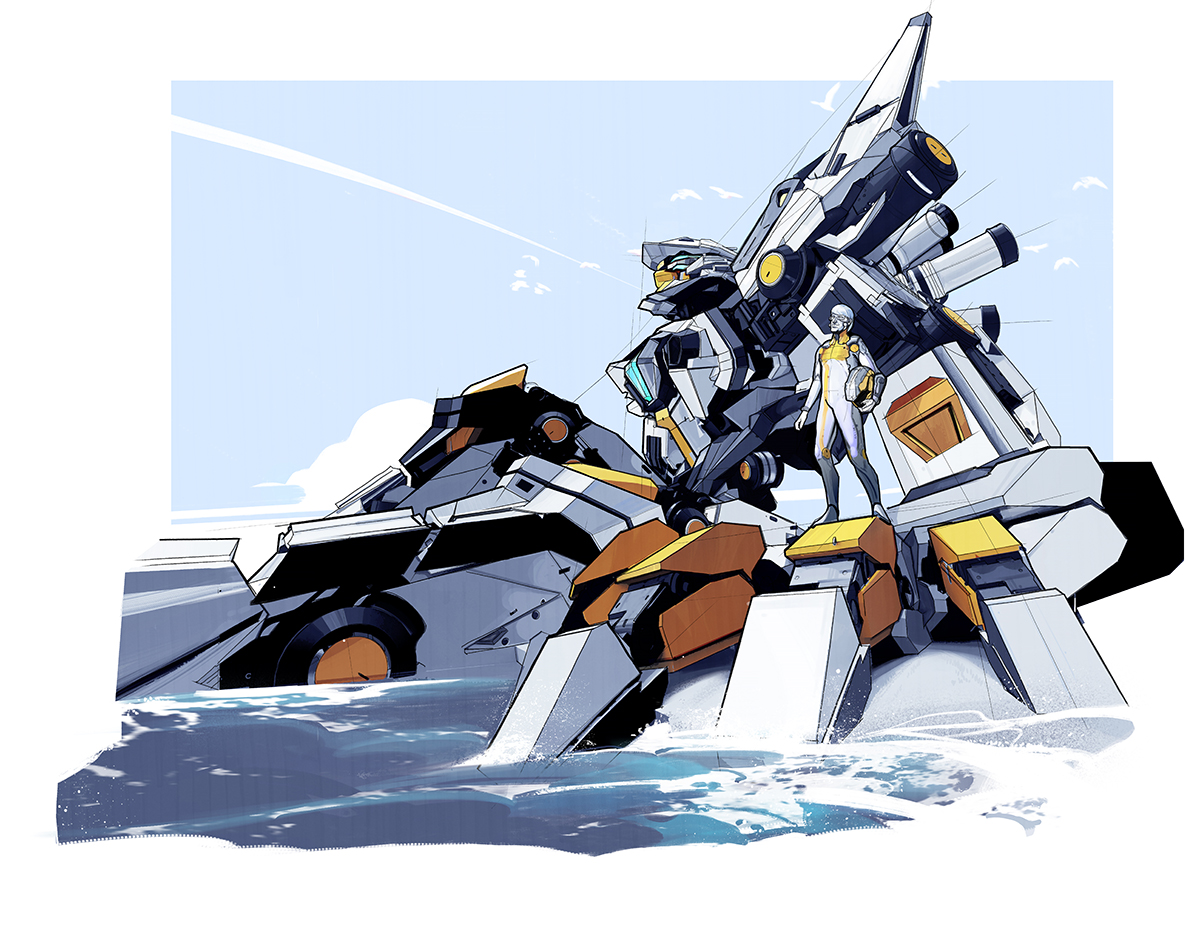 The same could probably be said of the section on building NPCs for players to battle and buddy up with, which focus less on creating creatures from scratch and more on tossing something together from templates. Again, very few of the entries are exciting on their own, but though sticking the ‘mage’ skill package onto a ‘smart person’ base doesn’t sound exciting it’s a lightning fast way to brew up an adversary for your party.

Of course, the GMs aren’t the only one to get new goodies to play with in the Expanded Players’ Guide – which isn’t too surprising considering the name. These include some expanded rules for spellcasting and options for social combat, but most of the exciting new stuff is tied to the handful of new settings sketched out in the book.

These include rules for playing around in a Fallout-esque post-apocalypse and a mythical age of heroism, complete with options for demigods as player characters, but perhaps the most intriguing of the trio is the so-called “Monster World.”

This slightly hand-waved name stands in for creating worlds of gothic and pulp horror – think Dracula through to Underworld. The ideas it throws about aren’t just a great source of dumb fun, but also offer a slightly darker, more dangerous approach to the game.

Within just a dozen pages the Expanded Players’ Guide offers up ideas for a truly exciting campaign that would have been tricky to cobble together without the new options and items it brings to the table. There’s still plenty of flexibility, but it makes it incredibly easy to toss together a game about stalking the streets of Victorian London in search of werewolves, or raiding the lightning-warped castles of mad scientists.

Of course, none of this is particularly original stuff, and perhaps the book’s greatest weakness lies in the fact that it doesn’t really offer much that you couldn’t already hack together with a bit of time and effort. There are rules in the corebook for bodging together monsters and none of the settings are beyond the imagination of a dedicated homebrewer.

However, it would be foolish to ignore the amount of time and effort you can save by simply letting the designers do the work for you – and probably in a slightly cleaner fashion than most of us would manage at home.

Ultimately, perhaps the greatest recommendation for the Expanded Players’ Guide lies in the simple fact that it inspired me to start filling up notebooks with ideas for a half-dozen different campaigns. It’s debatable whether any of them will get off the ground, but that is both the blessing and the curse of a system as wonderful flexible as Genesys.

If you already own the corebook and feel like growing your game, the Expanded Players’ Guide should be an easy purchase.

More ideas, more rules, more fuel for your imagination. Everything you want from an (admittedly generic) expansion.

TRY THIS IF YOU LIKED… GENESYS

It’s not the most inspired choice, but if you are a big fan of the base game there are few better ways to expand your options.