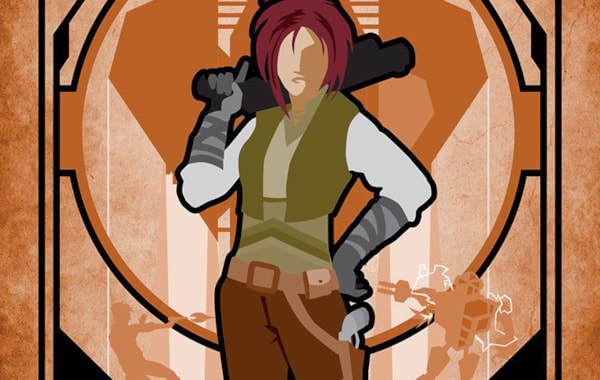 Buy your copy of Galactic Scoundrels from us here.

Solo play is a big thing in games right now, but only a few let you play capital-S Solo, as in Han. Galactic Scoundrels wears its influences on its sleeve; it’s a game of smuggling, sabotage, smirking and shooting first, with three rounds titled Episode IV, Episode V and Episode VI.

It’s a card-based narrative game. You’re all captains of scrubby little starships. A job comes up and all players can bid for it in a bluffing round based on Liar’s Dice. The player who ends up with it must do the mission; this is mostly the other players playing encounter, character or twist cards, and the captain trying to counter them with traits, crew or passengers, dumping their cargo, or bartering with the other players for help. There’s bluffing, lying and cheating, tensions build, ships get upgraded and jobs get harder.

Every time a card is played, the person who played it must build it into the unfolding story of the job, so the game turns into a collaborative story. At least, it’s supposed to, though we found it bitty and small-e episodic. Although the individual cards catch the atmosphere of Star Wars, Firefly and similar stories, it’s too easy to get stuck with a hand that shuts you out of the play, and therefore the narrative.

It’s entertaining – natural storytellers and genre fans will enjoy the experience – but the gameplay is too random to appeal to competitive gamers, the narrative isn’t solid enough for story game fans and, at one-and-a-half to two hours long, Galactic Scoundrels is never going to set a record for the Kessel Run.

Buy your copy of Galactic Scoundrels from us here.