For the King (And Me) Review Royalty by the Book

Biblios endures as one of the premiere draft-and-bidding games. This, a newly reskinned version of the Steve Finn classic from Iello, takes us away from the world of scribes and candlelight to the potentially cutthroat world of royal influence. There is a young monarch on the throne, so it’s clearly time to take advantage of their inexperience and grab yourself some decent jobs in court. 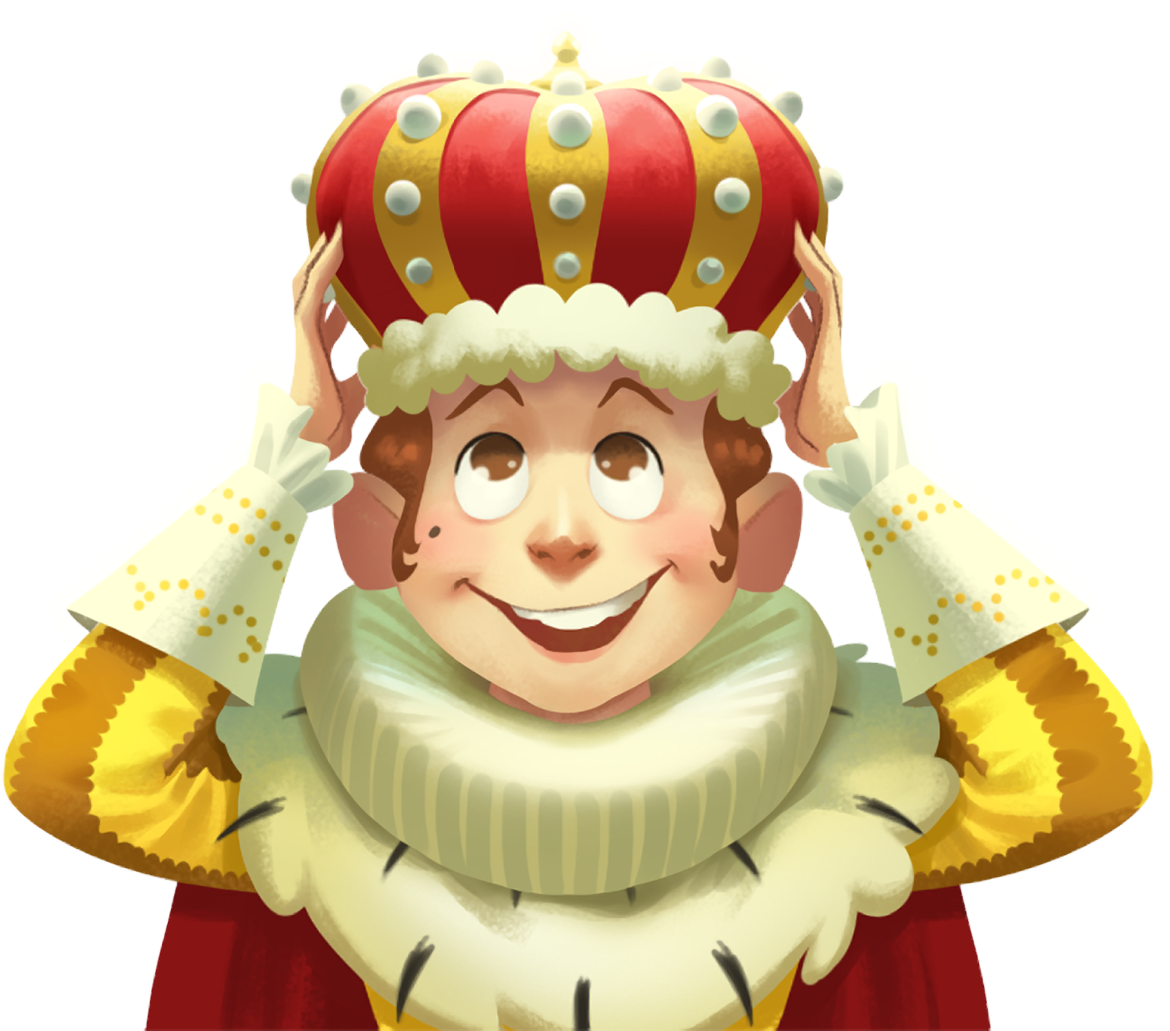 The core of the game is the same, there’s two parts to the game, in the form of an initial drafting phase (here called ‘share influence’) where the active player dishes out cards one by one to either themselves, the auction deck (for later) or to the row where opponents can pick cards from. Players take turns doing this until the deck is empty then move on to the bidding phase. Here players bid, using the gold they’ve collected, for cards coming out of the auction deck. You’ll want the highest number of any suit you’re aiming for – to claim that coloured title at the end of the game. These titles can be bumped up and down in terms of importance as you go – when a plus or minus card appears in someone’s hand, it must be played immediately – changing the five points for being the Royal Playwright down to the First Chair Clarinet for four.

And this is where the retheme does the most work. Gone are Biblios’ nice dice in perfectly matched colours to the suits. Instead, there are some slightly fiddly ‘titles’ – little bits of cardboard ‘heraldry scroll’ – that are swapped in and out of the various portraits for each coloured suit. These names are kind of funny. You’ll be hoping to drop your opponent’s potential status of Royal Stallion Master down to a Poultry Plucker. Some of the rankings are dubious – I feel there’s much more danger and disregard in being the Catapult Inspector (two points) than the Sword Sharpener (one point). But maybe that’s just having watched too many cartoons.

The theme also offers us more of a sense of competition – after all, you’re vying for the spot of being the King’s Architect, assuming you don’t get de-moated to the moat inspector before then. And this is maybe a little helpful, and a little confusing, as there’s no clear link between the ‘influence’ you’re collecting at the start and the bidding you do later. The art update is good however, and the box, which contains and important ‘hold the bits in’ bit of clear plastic also does wonders to keeping things tidy.

Still, for those without a copy of Biblios on their shelves in need of a pleasant way to warm up on a games night or to crack out at slightly more patient family nights, then For the King (and Me) might slot in perfectly. 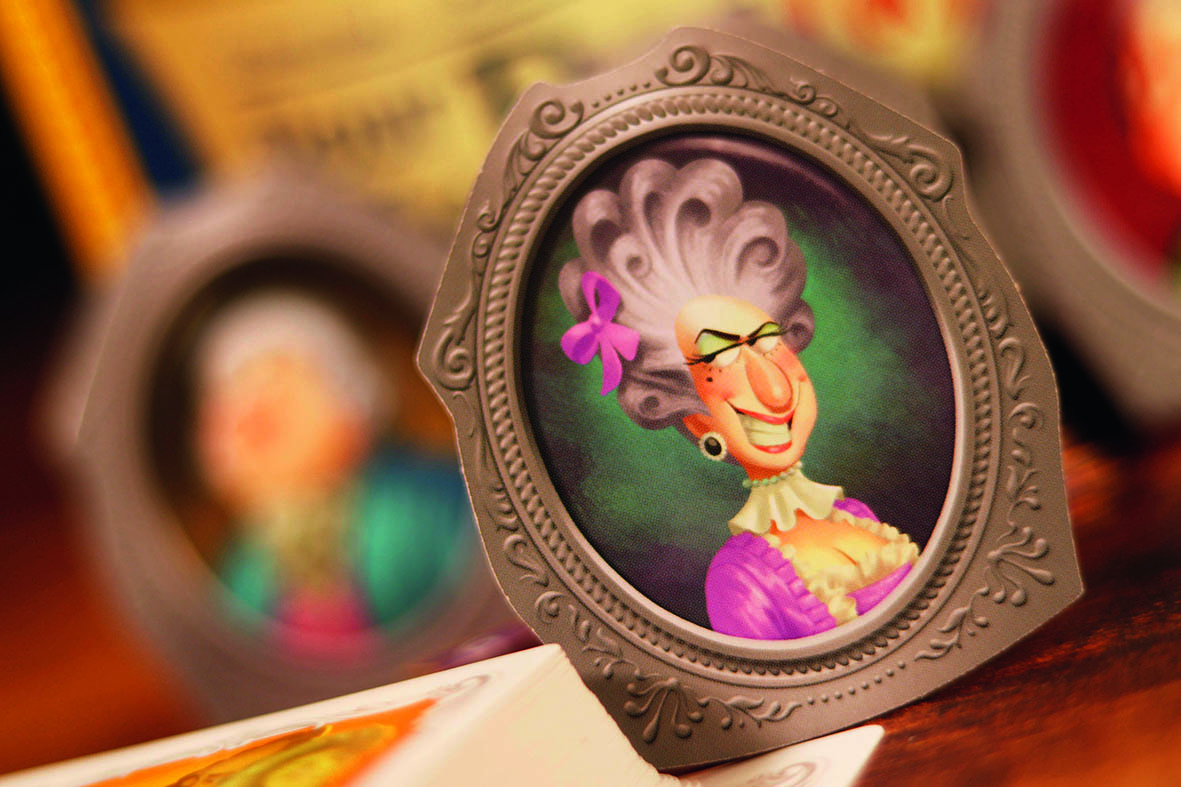 Whether we needed a retheme of Biblios or not, this royally inflected version still does the business of the book bantering original

TRY THIS IF YOU LIKED Biblios…

It’s pretty much the same game after all. The updated theme might help with some groups to get them on board, if so, aim high, and maybe you too can be the Sauce-Cook for the King. 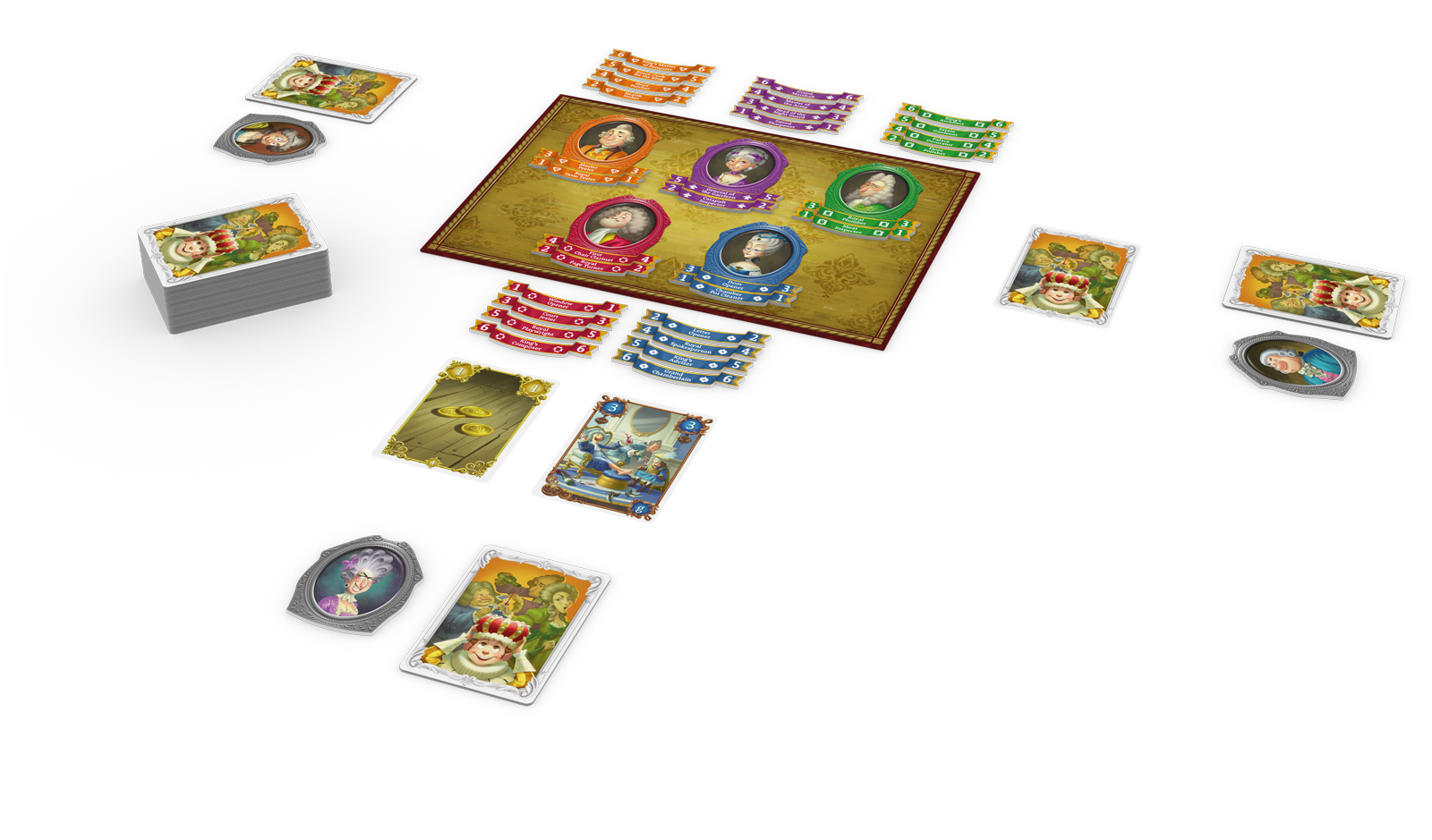