Exarch-ly what you want to be playing

It’s hard not to be at least a little aware of the Final Fantasy franchise, whether you’ve played on of the many games or not. Seemingly everywhere, this favourite in the world of video gaming consists of fifteen main games, without considering spin offs and expansions in everything from games to books to TV. Whilst summarising it reduces it to a vast over generalisation, the key points are that it’s a popular Japanese game of good vs evil, mixing in fantasy and science with RPG elements, gorgeous recognisable artwork, and rich narratives. It’s perhaps unsurprising then that it made its way to a trading card game, available in English from 2015. Fast forward several years, and we reach the release of a two player starter set, based on Final Fantasy XIV expansion Shadowbringers. 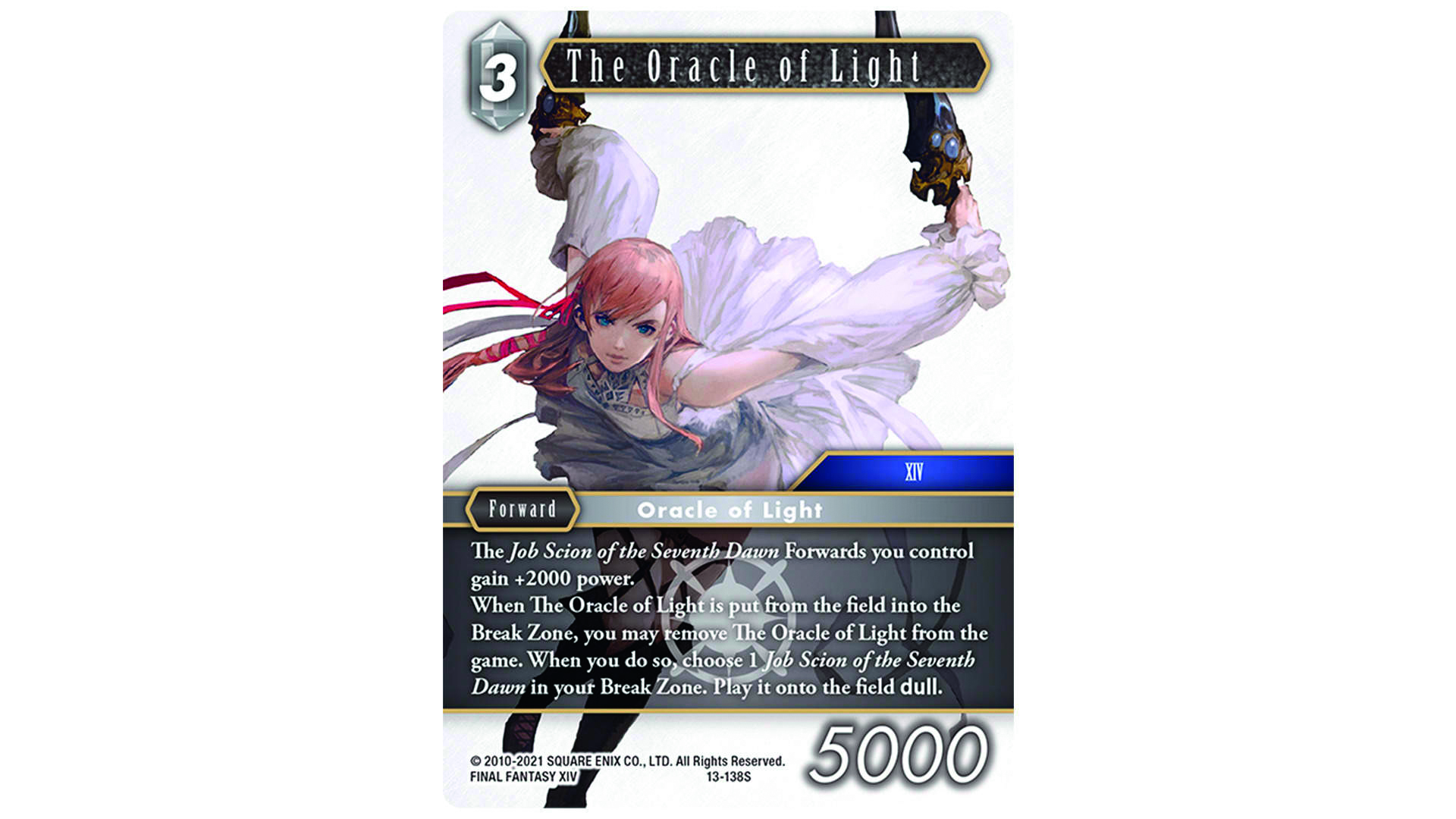 There are immediate benefits to the set, that echo throughout the game generally. Consisting of two prebuilt 50 card decks, perfect for you to pick up and start playing, Final Fantasy Trading Card Game is known for including unique cards within their starter deck, meaning it’s a comfortable purchase for existing fans, plus a way to get interesting cards from the very beginning of your experience. The characters chosen are generally – and this set is no different – highly sought after, in this deck we found Y’shtola particularly exciting to see, but further great to note that The Crystal Exarch and Emet-Selch are full art variants, split between a fire and ice deck. The artistry and the quality of the cards that you receive are highly commendable, and for a fairly reasonable price tag too. Having said that, you still feel the drive to seek out more cards, particularly now there are additional scion cards available

As a deck in itself, although you’ll want to pick up more cards as a general side effect to the trading card bug, you can play comfortably and powerfully with exactly what you’re given. The decks are decently balanced, contain great cards to have, and you’ll learn your preferred style of play to hone in on in future decks. It’s what we would expect and enjoy from all starter sets, but which it’s fair to say, isn’t always the case.

Seeing as it stands up to the Shadowbringers test, it’s worth turning attention to how it works as a starter set. Alongside the decks provided, it gives two folded two-sided instructions on how to play the game. For the uninitiated, the basic rules are that you have four types of card – forward, back up, monster and summon. The core is that forward cards are used for attacks, and your backups provide support by offering the necessary CP to cover the cost of the attack when made dull. You can also gain CP by discarding cards. The intent is to score seven damage to your opponent to win. Without going into details of the elemental considerations, abilities, effect stacking and more, it’s a nicely layered game to play in general. Plus, if you struggle with the quick stat guide, there’s a really easy to follow hand-holding tutorial available on its website, that I’d recommend.

This means the game seems to tick the boxes as starter sets go, as a game to play, great deck to have, and new cards to play with. What more can you say but you should give it a try?

It’s perhaps not as engaging as the big three trading cards game, but there’s plenty to enjoy in the series – a must play for a fan of either Final Fantasy or the trading card game, a give-it-a-try for anyone else.

TRY THIS IF YOU LIKED Pokémon Trading Card Game

Another trading card game in another fantasy world 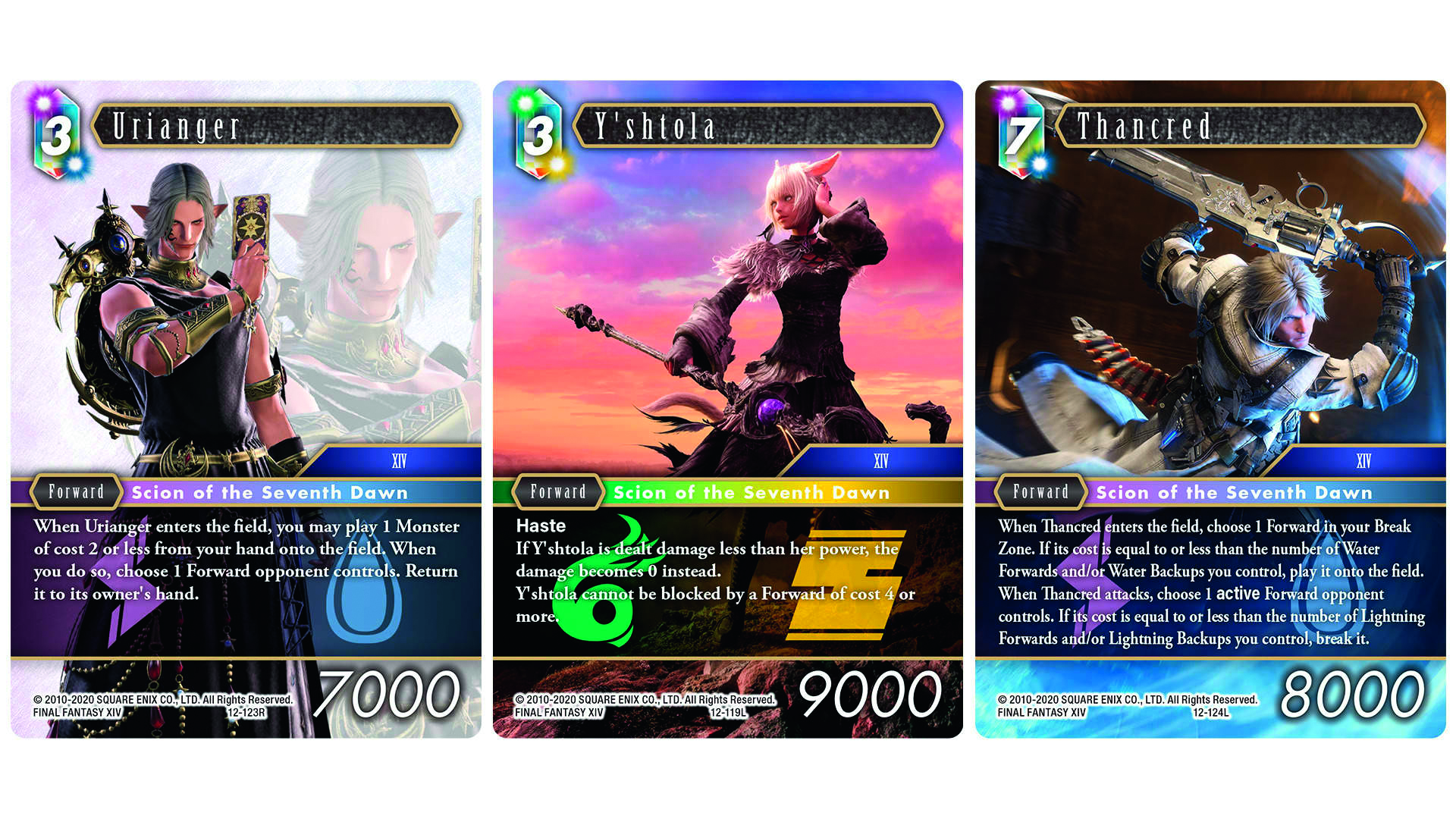