Escape the Dark Sector was the winner of the Tabletop Gaming 2021 Award for the "Best Indie Game of 2021". You can watch the awards themselves below, plus hear from Tom Pike!

For once, we had firepower on our side. We were full armed with a rocket launcher and a variety of smaller arms. We thought we were going to make it back to our ship, and off the spacestation. We’d taken the chances we wanted to take already, we’d been disciplined with covering fire – our training had paid off. Yet, when we turned the corner and one of the crew was caught in a tractor beam, followed by a few unlucky malfunctions that left the crew with burnt eyebrows, it all fell apart.

That’s the sort of experience players will end up having in Escape The Dark Sector, a follow-up to Escape The Dark Castle. While they’re in the same family, they’re not identical. In ...Sector players will create a chapter deck of threats (this time broken into narrative chunks), a character (with a cybernetic upgrade and a weapon), and your adventure will begin when you turn that first card. Each card has a choose your own path option on it, usually with a challenge, a combat option, or a chance to run away. Some situations only effect the player turning the card, making it important to send the right player ahead into the darkness.

The chief difference however comes with combat. Players can engage in long-ranged combat as well as up close. While in close combat things resemble Escape The Dark Castle – match your icon with the icon on the threat’s chapter dice to remove them – at a distance it’s much more tactical. Instead you can take shots of different types, depending on your ammunition, to do extra damage. This damage can pick off any chapter dice. Using the right weapon is important, as is taking turns popping your head out of cover – as this will allow everyone to reload and continue the somewhat safer battle at a distance. Discussion between players is critical to your success, and working out what everyone is doing – including taking the new flanking manoeuvre or the one-use-in-combat healing drone – can be fretful decisions.

The cards being broken into three acts, which have a distinct flavour and power curve between them, really helps drive a sense of narrative. The items you get make you feel powerful, until they don’t – which is more or less how space horror is meant to make you feel about protagonists. It feels good to make the best choice about engagement, and even better to have got away with using your sub-optimal equipment.

To us, it felt like a narrative Space Hulk – or at least, what we remember that game being from the car boot sale version we owned. It’s a thrill of tactical combat, mixed with being inside a mostly claustrophobic space that, while there’s not representation of it in front of you, feels three-dimensional. If you’re looking for the closest thing to a tactical first person shooter, there’s few games that actually evoke this feeling better – and if you’re simply looking for your next dark place to escape from, it’s time to turn the card…

A natural ‘next step’ from Escape The Dark Castle without losing any of the approachability or appeal. A much deeper tactical and narrative game, and ideal for those who like a little more crunch when it comes to dying in an airlock.

TRY THIS IF YOU LIKED: Escape The Dark Castle…

It might be a too-easy comparison, but if you use Escape The Dark Castle as a way to introduce people to a world of hobby gaming, this is a great way to get them on to the next level. 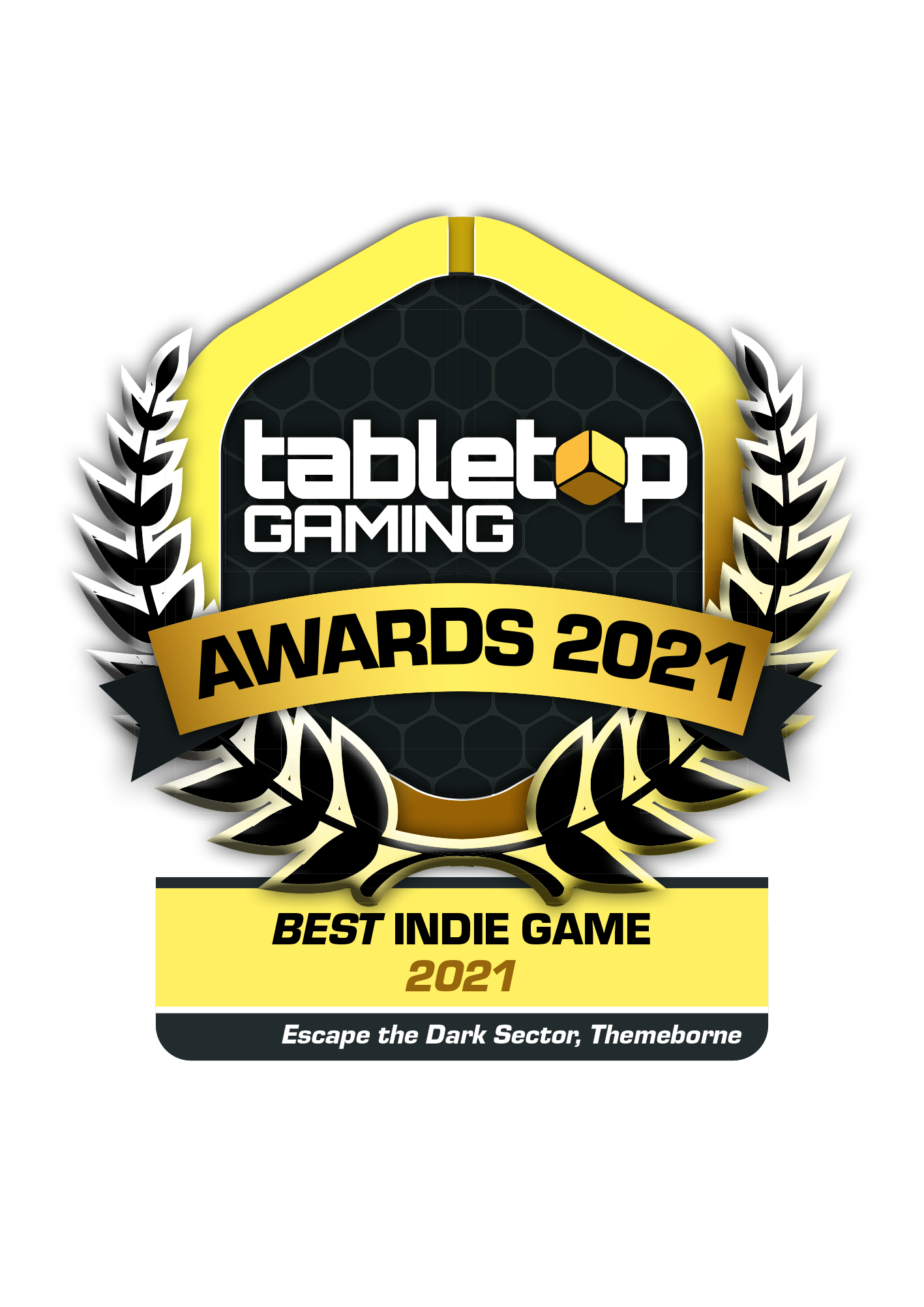 This review originally appeared in Issue 47 of Tabletop Gaming. Pick up the latest issue of the UK's fastest-growing gaming magazine in print or digital here or subscribe to make sure you never miss another issue.