Epic Encounters: Shrine of the Kobold Queen & Lair of the Red Dragon Review Burning up the box set

Note: This is a review of both boxes currently available from Steamforged, the price is for each box individually, and the page count is approximate for the adventure booklets.

If you’ve ever tried your hand at running an RPG, there’s a good chance that at some point – probably about 20 minutes before the players are supposed to knock on your door – you’ve looked down at your half-page of scribbled notes and wished you could just pull a full-formed evening of entertainment out of a box.

Well, this fantasy is exactly what Steamforged are hoping to tap into with their Dungeons & Dragons-compatible Epic Encounters series. These sets package up almost everything you need to run an evening or so of adventure, from miniatures and maps through to stat blocks and side rules, into a roughly shoebox-sized container, so all you need to bring to the table is a handful of willing players and a basic understanding of the D&D fifth edition ruleset.

It is, to be honest, an incredibly appealing idea. While many groups are entirely happy to spend years adventuring with nothing fancier than their imaginations and the occasional sketch-map to hand, there is something undeniably awesome about being able to slam down an enormous dragon figurine the moment the mighty beast makes its appearance in-game. It’s the tabletop equivalent of serving everybody’s drinks in the appropriately classy cocktail glasses, rather than slinging them all in a plastic cup and calling it a day.

There are, of course, plenty of other ways to make game night feel truly memorable – many of which are cheaper and more personal – but simply cracking open an Epic Encounter box is undeniably effective way to hit the goal with a bare minimum of fuss. Really, the only issue with this side of things is that you’re only going to get that kind of impact the first time through, but it’s not like the miniatures melt the moment you use them so there is a fair bit of scope for re-use and re-purposing.

The price might raise a few eyebrows here and there, but if you’re okay with asking your gaming group to chip in the cash that would normally be going towards the evening’s pizza things suddenly look much more reasonable.

The two sets currently out for release are the rather grandly titled Shrine of the Kobold Queen and Lair of the Red Dragon. The first of these sets out a raid on a ragged little village stuffed with diminutive cultists and plays out in a fairly traditional D&D style, with plenty of little battles rising to a major showdown with the eponymous Kobold Queen. The second, meanwhile, does exactly what it says in its title, and though it only offers a single real scrap against a monstrously powerful dragon, it’s virtually guaranteed to be a memorable one – assuming anybody survives, that is.

Of the two, Shrine of the Kobold Queen is probably the more complete adventure experience, but the battle against the dragon is the worthiest of the title “Epic Encounter.” You don’t need one box to run the other, but if you do decide to pick up both you’ll soon find that there’s a loose narrative thread between them that can be teased into something resembling a cohesive story.

Indeed, the matter of narrative is handled with a noticeably light touch throughout the sets. There are suggestions of motivations and of greater plots scattered throughout the booklets that accompany the rest of the kit, but these rarely amount to more than a couple of sentences and are clearly intended to act more as inspiration than a sample of strict linear story. These titbits of narrative aren’t the most original bits of lore out there, relying on the old tropes of evil monsters and desperate kingdoms, but they hit all the fantasy beats you need to get a game going.

This sketched-out approach to the story side of things means that the vast majority of the booklets can be devoted to actually running the encounters at the table. Here’s where the real meat of the adventure lies, and as you flick through the pages you’ll find notes about the chambers the party are going to explore, the traps they need to overcome and the stats of the monsters they’ll encounter along the way. 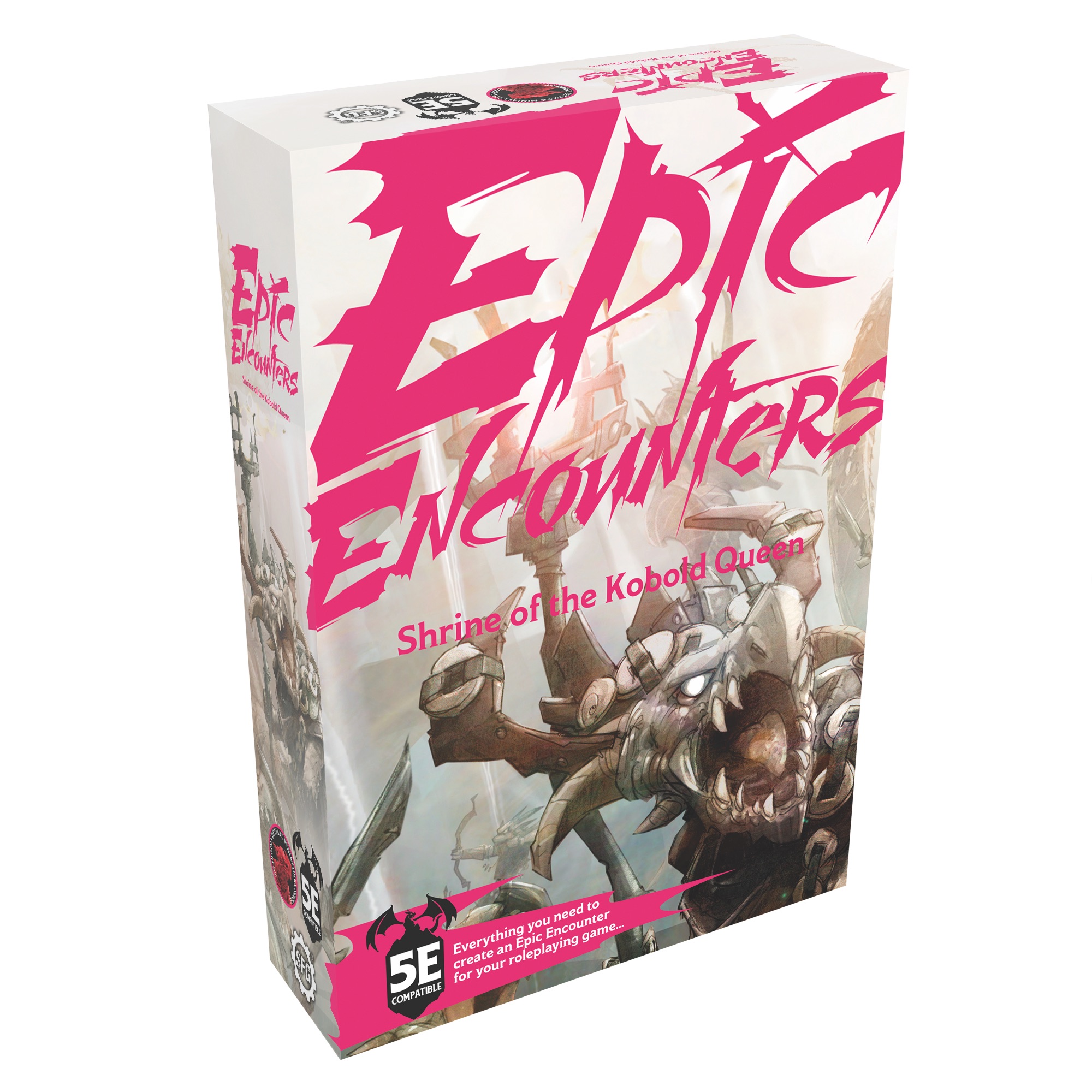 The imagination on display throughout is impressive and there are plenty of clever little challenges and small encounters to overcome, but simply having the ideas is only half the battle of adventure design. With so much information packed into such a tight area it’s also vital that the writing is concise and structured to feed the GMs everything they need at a glance, and this is an area where both boxsets struggle. It’s easy to read through half a page of description and rules about how much a statue is worth before you realise that there are a half-dozen angry kobolds sitting in the middle of the chamber, and that you should have kicked off a fight five minutes ago.

On top of this, there are also some rather weird approaches to traditional D&D design and adventure construction that, while they aren’t strictly incorrect, are a little unsettling. Much of this is very minor stuff – such as unusual rules phrasing on enemy abilities and having daggers that deal d8 or d12 damage rather than their customary d4 – but it all stacks up to create a rather disconcerting feeling, as though you’re reading through an incredibly elaborate piece of homebrew rather than a professional product.

This is only compounded by the final issue with the boxes’ design – their difficulty level.

Now, it’s an unfortunate truth that balancing RPG battles can be a nightmare. What might be a nail-biting challenge for one gaming group will be a walk in the park for another, so difficulty is normally an area with plenty of wiggle-room. However, when it comes to the Epic Encounters boxes, things have a habit of going far beyond a mere wiggle.

Much of this feels like it stems from the boxes’ desire to provide a match for every possible level and configuration of party, rather than picking a level range and working around it. Shrine of the Kobold Queen, for example, is an adventure that truly feels as though it has a sweet spot somewhere in the low-to-mid level range. Brand new heroes will be mulched the moment they push past the first few guards, while seriously experienced parties are going to waltz through with barely any effort, no matter how much you stick to the booklet’s difficulty range.

In fairness, the text does flag up that it’s best-suited for lower-tier play, but it would be nice to see this given a little more prominence so that potential GMs know that it might take a fair bit of fiddling to get it to gel with their campaign group – ideally before they drop their cash on it.

Lair of the Red Dragon, meanwhile, is a party-killer. 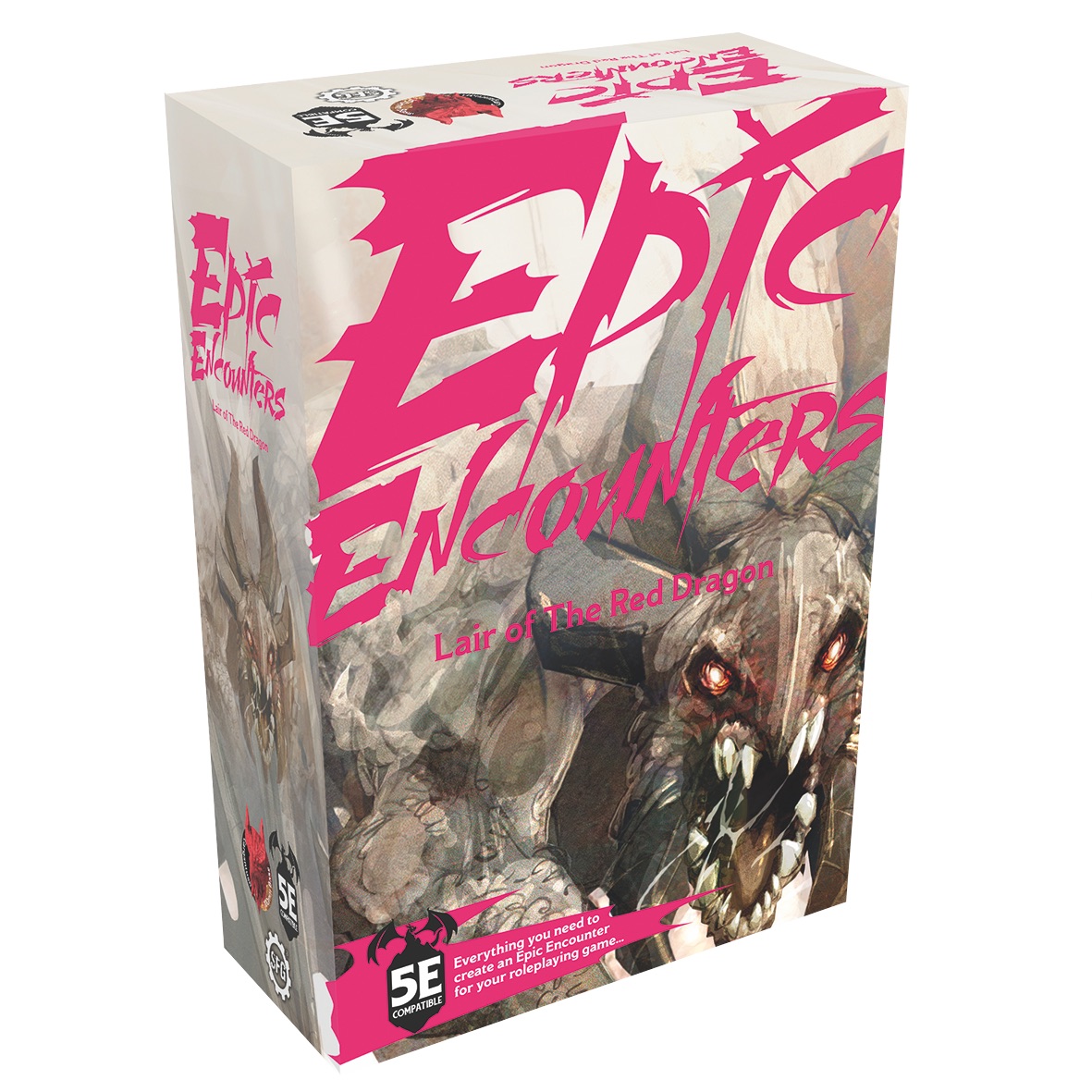 Now, depending on your personal approach to D&D this might not be a gamebreaker. After all, many would argue facing a dragon on its home turf bloody well should be a perilous endeavour, and many groups are going to be perfectly content with facing a mighty challenge if the rewards are shiny enough.

However, there are two threads that tip the difficulty factor over from thematic to problematic.

The first is that, simply, the entire box is set up around the idea of having the party square up to and battle the dragon. When you rock up to your game night and see the beautiful miniatures, the fiery map and the stack of rules built around combat… well, it can be a little tough to then appreciate that the only winning move to this game is not to play.

Secondly, the difficulty comes less from obstacles placed in the party’s way – traps that can be disabled, puzzles that can be solved, strategies that can be out-thought – and more from raw numbers. Facing off an enemy who’s overpowering you because you need to play around some special ability or figure out their weakness can be exhilarating; being demolished because the monster rolls enough dice to smoke the party’s toughest character in a single hit is just frustrating.

Do these questions over balance make the Epic Encounters boxes bad products? No, not exactly. It’s simple enough to tinker with the numbers of both sets and adjust the monsters to make everything flow nicely and for the encounter to feel just as epic as the name on the box suggests, even if this does rather undermine the drop-in nature of the sets.

Indeed, it probably says a lot that despite all the niggles I’ve had with the current set, I’m still counting down the days until the next box hits the shelves. Though Shrine of the Kobold Queen and Lair of the Red Dragon may be lacking a bit of polish when it comes to adventure design, the core concept behind them is so strong and so appealing that they’re incredible fun anyway, and wonderful at making a night at the gaming table feel, appropriately enough, epic.

The idea is rock-solid and the miniatures are top-notch, and while the design doesn’t always quite feel right this is still a box full of top-notch entertainment

TRY THIS IF YOU LIKED Dungeons & Dragons 4E

Miniatures? Battlemaps? Dynamic terrain effects? This is exactly the kind of stuff that made 4E stand out among D&D’s many editions