You're going to need more sheep

When dragons come to nest on the islands that you just happen to own, the only logical thing to do is to transform the whole thing into an attraction park and get that money machine earning. Visitors to the park, of course, will soon tire of seeing the same dragons, so keeping the diversity and growing population is key. That is, until the dragons become too numerous, run out of food and decide to snack on some tourists. Welcome to Dragon Parks.

If you replace ‘dragon’s with ‘dinosaurs’, the theme of Dragon Parks sounds not too dissimilar to Dinosaur Island. However, if you don’t count the star attractions breaking out of enclosures and eating visitors or hungry jaws running out of sheep to eat, and so consuming visitors instead, the two games have very little in common.

Each player begins with three different islands with five spaces on each card containing a dragon, an egg, sheep or a blank. During the game, players play cards onto the original island. Cards are made of translucent acetate, imprinted with additional symbols, so when overlaying them over the island you could either add extra icons (for example, another type of dragon or more sheep) or cover up an existing symbol. After each round, players score their islands based on the diversity of dragons, how many eggs have hatched and any other bonus rules that apply that round. Each point equals an additional park visitor, which can be lost if there are not enough sheep on the islands to feed all the dragons.

The game’s point earning system is very generous – almost anything you do will reward you with points. As the game progresses, players will be making many micro choices – which card is best to draft, which symbol to cover-up, how to get more dragons of a certain type – all of which earn visitors (victory points) making you feel that any effort within the game is rewarded. At the same time, the game is never overly punishing, even if you lose some points due to dragons eating visitors it will never be more than what you have gained that round.

The overlaying of translucent cards also works very well – quickly showing the evolution and growth of the island with additional icons from the translucent cards. There is only one way to orient the cards which encourages making snappy decisions to keep the flow of the game going. Perhaps, the only cumbersome component part of Dragons Parks are the victory points. As players are earning many each round, there is a lot of stacking and exchanging of cardboard tokens, which can be a bit distracting in the game that is otherwise very smooth and fast-paced.

Dragon Parks is a family drafting game, light on the rules and quick to play with only three rounds. It will have your attention for half an hour at the most, but it will captivate it completely. It has a colourful but clear layout along with simple but brain scratchy and snappy gameplay. There is also just a little pinch of player interaction, as the cards get passed around during the draft phase of the game. Although it will never compete in depth and in strategic elements with other park-building themed games like Dinosaur Island or Unfair, Dragon Parks offers a similar flavour in a smaller but still delightful package.

Dragon Parks proves once again that when a miracle happens, the first human thought is how to capitalise on their existence. However, if you don’t delve too deeply into this theme, there is a lot to enjoy about this quick and colourful park-building drafting game.

TRY THIS IF YOU LIKED: DINOSAUR ISLAND 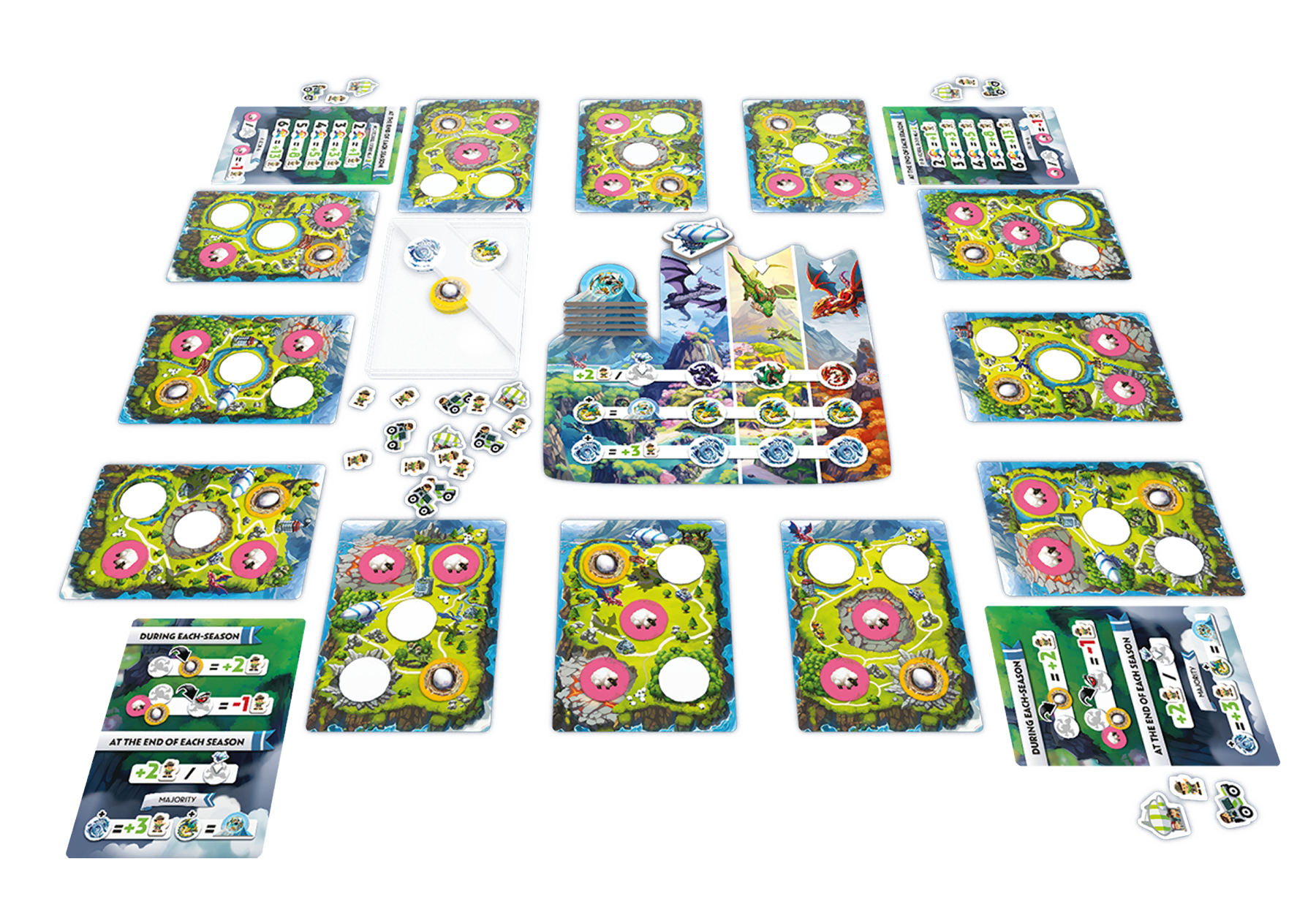 If you are craving a fantastically themed park-building game but want a quicker and more family-oriented gameplay than Dinosaur Island, Dragon Parks will be a great alternative.