Champions of the cardboard world?

The chrono clash system is an intriguing one for a card game. In the way that Keyforge suggests that no one should be building a deck, this system suggests no one should be tied to a mana or power pool – or at least, not one that isn’t connected directly into the sense of competition. While there have been other outings for this system, we’ve been waiting for a champion to come along, an IP which could truly support the system and build a gaming community around it.

That champion turns out to be Digimon: The Card Game. Using the smart memory gauge system where a player’s turn is only over when they’ve spent all their memory – or more interestingly, overspent it. If you go over into your opponent’s side of the memory gauge with your last play they get that much memory to retaliate with. This makes the possibility of a huge eight or nine memory drop on turn one just so much more enticing. 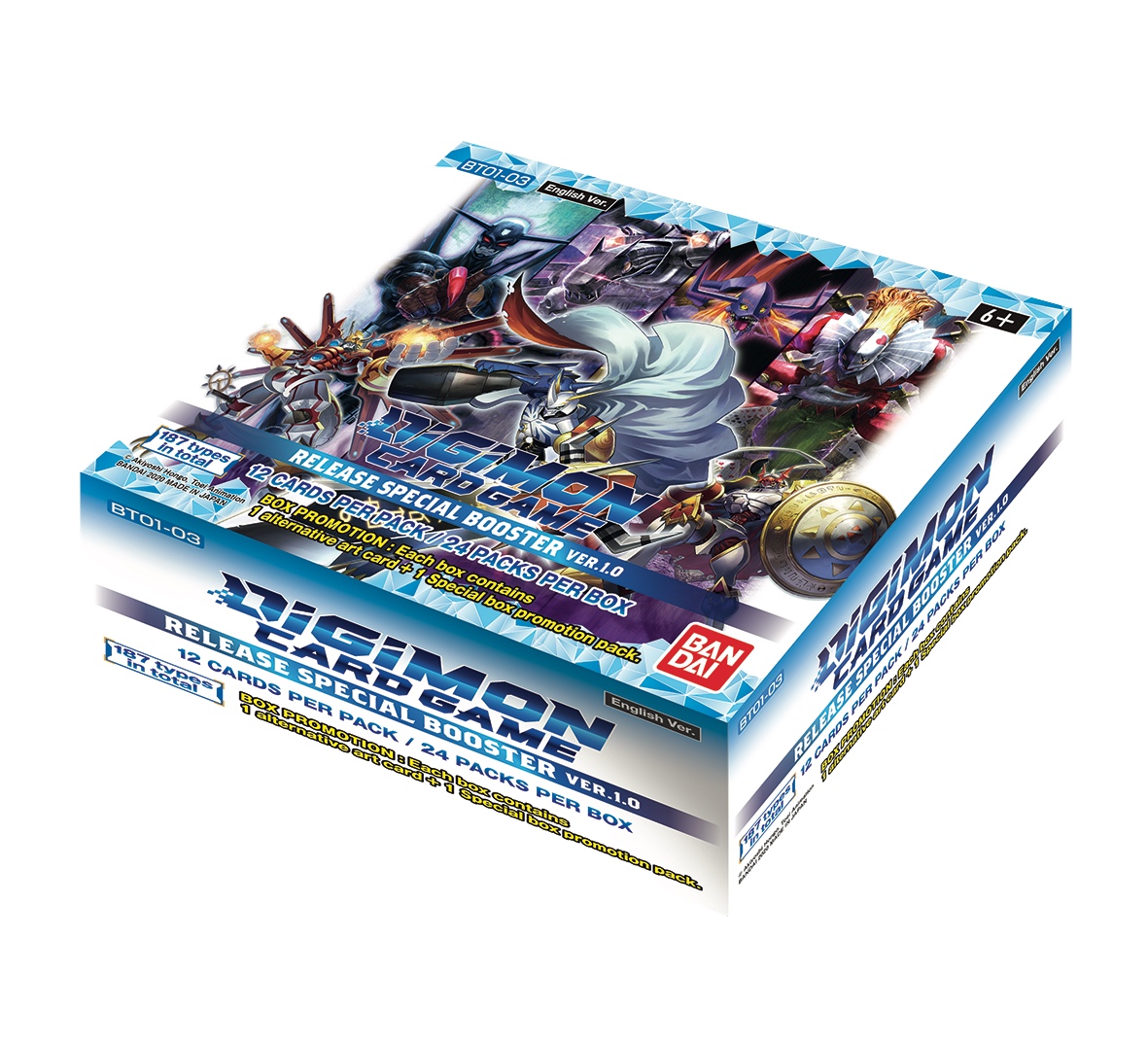 If card games like Magic: The Gathering, can be enjoyed for the massive plays you can make by drumming up enough mana in the machine and creating combos between cards to make your opponent’s head spin, then there’s something even more enticing about being able to do that from the start.

For those who want to build up and digivolve their Digimon, they can do so in the raising or breeding area of the game. This is a protected section of the player’s set up where they can safely evolve into higher level Digimon of the same colour. These come from a small digi-egg deck that’s designed to let you plan out your team from the beginning. It’s cheaper to evolve, but there’s nothing stopping you from just dropping a huge Digimon.

Still, evolving comes with great bonuses too, you stack your Digimon to display their inherited traits, meaning they’re always the sum of their parts. Unlike other games where a mana curve is the most important thing in deck construction, here it’s more about creating an engine of evolution that’s going to keep your hand full and your board protected.

Player health, and therefore your way to knock out your opponent comes down to a set of cards known as your security stack. Randomly drawn from your deck, these will be revealed when you’re attacked directly. Sometimes this will give you protections, bonuses, or destroy the attacking Digimon. This system is the thing that can balance the attack versus defence strategy considerations. Is it worth swinging for my opponent now if I’ve not quite got the follow-up if it goes wrong? Or is it best to hang out with more blocker Digimon, with the skill to block attacks?

The game plays fast, as every evolution draws you a card, making it possible to fly through your deck. A pleasure in itself, especially for those of us who remember building a bad deck in other games that just has us sitting there watching ourselves get beaten up.

It’s often hard to know when to start with a card game. They’re expansive, deep, and sometimes endless feeling. Digimon: The Card Game has only just launched in the UK, so if you’re on the hunt for your card game, then now is the time to hop on board.

The cascade of explosive plays that can come out of every turn in Digimon: The Card Game make it feel unique amongst a much fought-over genre.

TRY THIS IF YOU LIKED: Pokémon Trading Card Game…

It’s hard not to compare. If you’re looking for a more bombastic game of monsters clashing, then Digimon is clearly your next evolution.

You can also check out Chris opening Digimon card packs with the help of Ross 'Wossy' Gilbert below!