A game from the publisher Steamforged Games tends to have a few elements in common. Firstly, of course, are the minis in all their intricate detail. Secondly, the game is likely to be based on a well-known IP, probably a video game, where the fans of this franchise can rejoice in references and little nods to their beloved digital game being represented in a physical format. The game’s core gameplay is the combat with minions, mini-bosses and the big-bad scary boss, where their attacks are determined by AI decks specific to an enemy of each type. The combat itself is likely rely on dice rolls mixed with elements of deck-building. Every franchise brings its own signature element into this well-established formula. Dark Souls: The Board Game, has respawning enemies and levelling up at bonfires, whereas in Horizon Zero Dawn: The Board Game machines move on a pre-determined path and become alert when the hunters are near, just like they did in the video game. 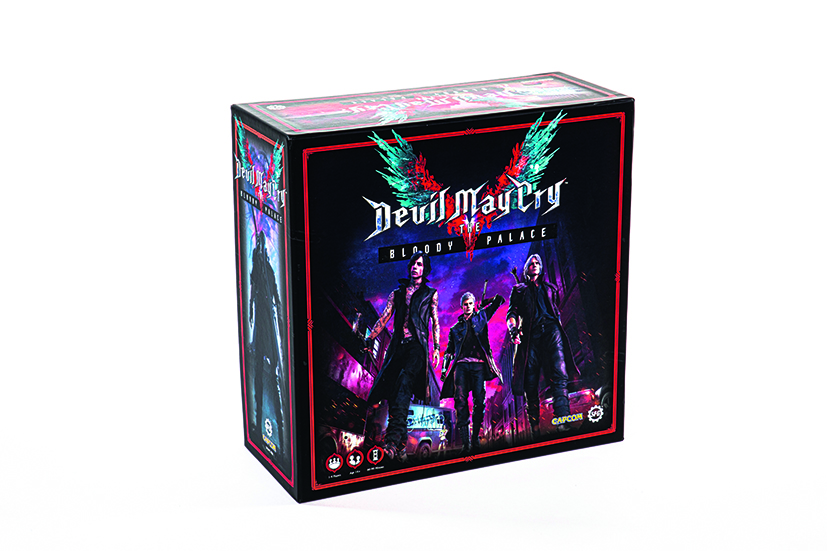 However, these almost literal transitions of a video game mechanic into a board game do not necessarily equate to the same levels of fun. What has worked on the screen may not necessarily be as successful on tabletop. Yet, when it does work in both cases, it makes the whole formula feel fresh and new, like it does in the case of Devil May Cry: The Bloody Palace.

Based on the action-adventure hack and slash video game, where hero Dante battles various demons invading Earth, the board game retains the theme and the Steamforged basic formula. There are minis, enemy behavioural decks, levelling up between rounds and the main board that acts as the battleground. However, the board game takes a key element of the franchise – attempting to chain together a series of attacks – and re-imagines it with card combat that feels entirely in keeping with the source material but also quite unique. 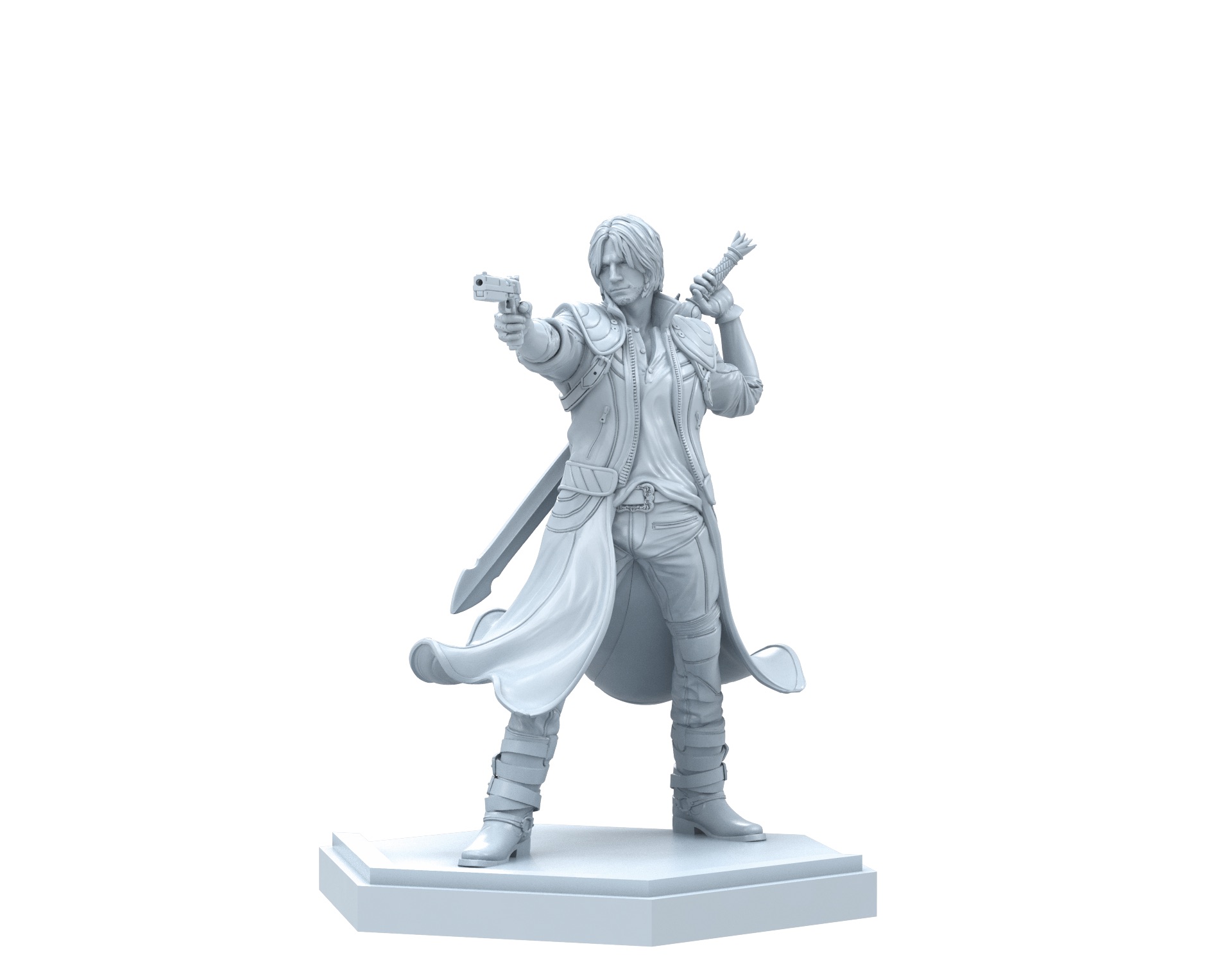 During their turn, players put down cards to create as big of an attack chain as they can. The chains on the cards must literally connect in colour, otherwise, the combo does not work. The longer the attack combo is, the more points a player will earn. However, if they take damage, the chain breaks and no points are awarded. The latter creates a nice push-your-luck element to the game as players have to decide whether to play all their cards straight away for the biggest combo or keep some behind to block potential incoming enemy damage.

Each hero in the game has their own unique base and upgrade deck, which makes the card play very strategic, eliminating the luck aspect almost completely. For example, V can summon his demon panther familiar Shadow, essentially dealing double damage per turn. However, Shadow cannot deal final blows to enemies, so V has to sweep in at the end to get the enemy kill. The player in control of these characters must carefully consider the order, sequence of cards and the position of the character minis on the board while also correctly chaining the attack cards. 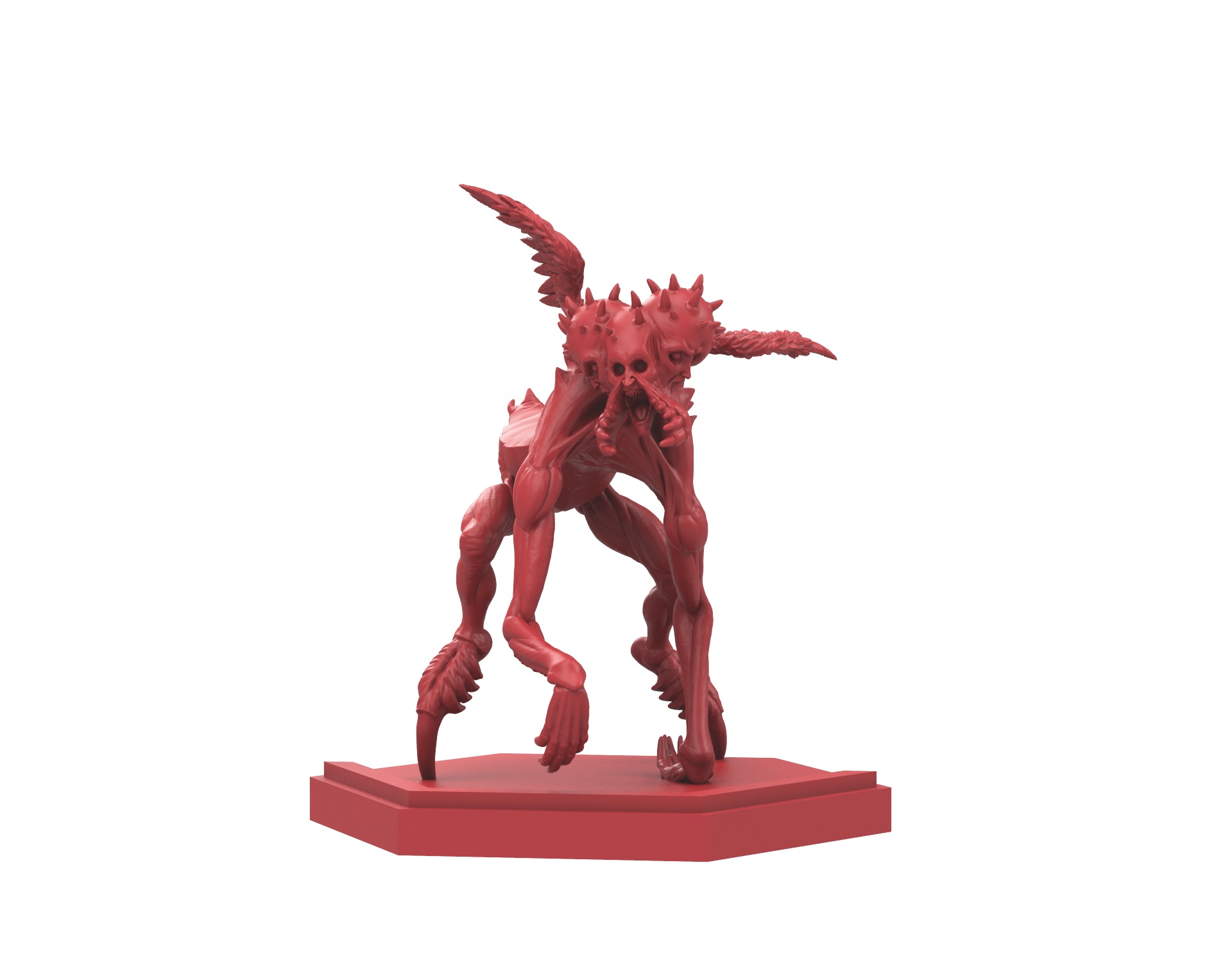 The card gameplay is so compelling that the relatively sparse variety of enemy types and behaviours is almost unnoticeable. You just need some damage sponges for your stylish attack combos. It doesn’t really matter what demons do, it is all about your moves, your attacks and the length of your combo.

Whether you are a long-time fan or just want to play a board game that re-creates a hack and slash video game feeling, Devil May Cry: The Bloody Palace will not disappoint. Although, some improvements to Steamforged formula can still be done (surely there is a better way to track damage than placing tokens on the board next to the enemies!), this iteration mixed with cleverly strategic card gameplay is pretty close to perfect!

A new iteration of Steamforged’s successful formula, Devil May Cry: The Bloody Palace proves that video game mechanics can successfully transition into a physical medium.

TRY THIS IF YOU LIKED PLANET APOCALYPSE

If you enjoyed the challenge of surviving demon waves in Planet Apocalypse, then Devil May Cry: The Bloody Palace offers a new hellscape to practice your stylish fighting moves.