Descent: Legends of the Dark Review Your chance to be legendary

Want to see what's inside the box? Check out the below unboxing!

Descent: Legends of the Dark feels like the apex of Fantasy Flight games. The polish on this dungeon crawling, app-driven adventure game is enough to see your face in. We return to Terrinoth to tell the story of how our heroes became heroes, this time with cardboard 3D terrain and an app integrated experience like no other. Alright, a bit like some others, but much better. 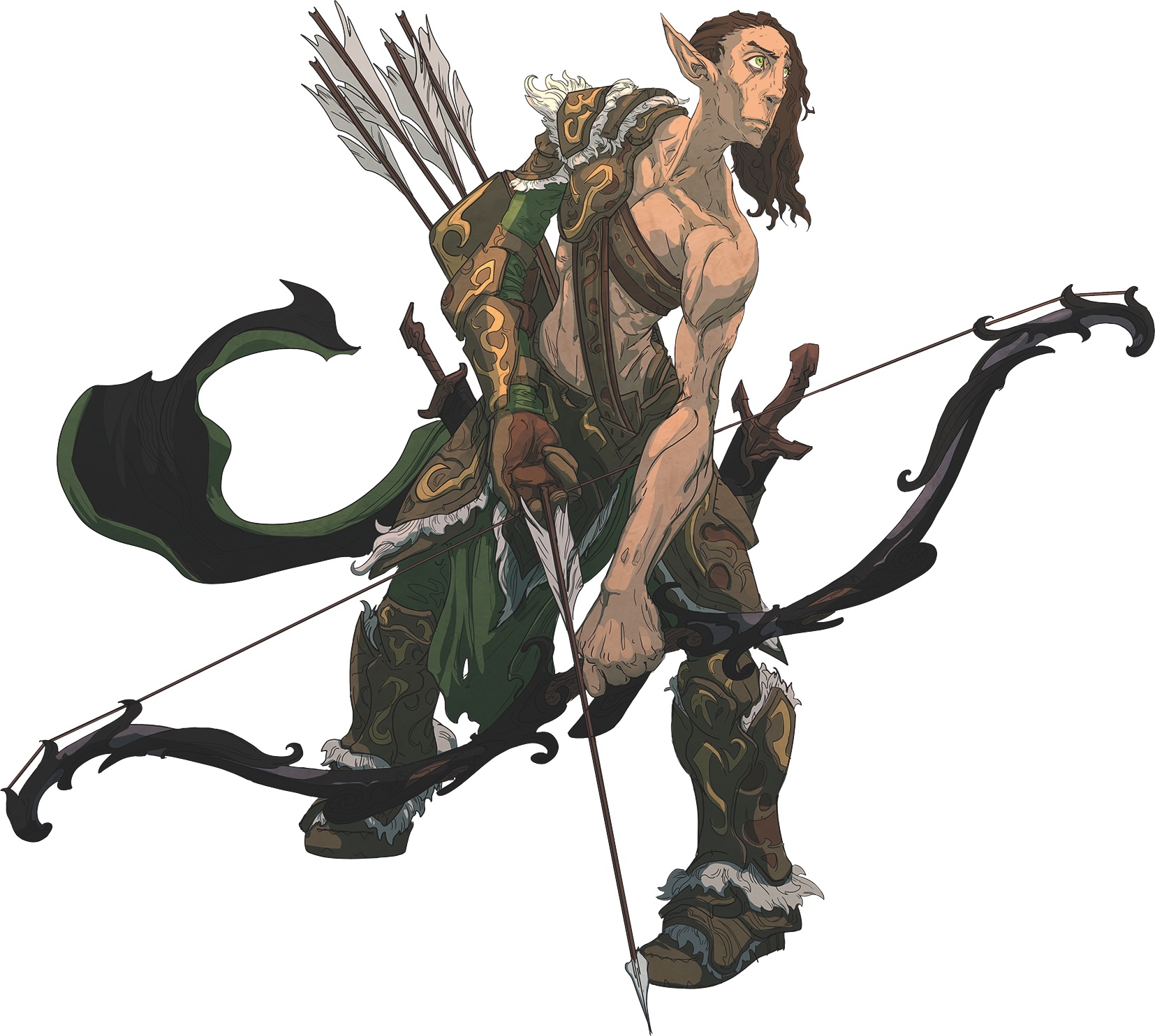 The core of the game that you actually touch with your hands relies on moving minis around a map, attacking enemies, flipping weapon cards to get their alternative effects, and generally exploring the world. The app guides you through adding to the world as you explore it, like an ongoing tutorial, or a rolling fog of war. You’ll be adding different levels as you explore the world, literally creating steps up and down, placing portcullises and doors. Sometimes you’ll be searching chests for items by dragging your character on the app to it, then entering your roll result, or searching your soul by peering into a mystical well. Combat is similar, as is the inventory – nearly everything can be kept track of through it and it makes the sprawl of the table about the unveiling world and tactical positioning. In that it does actually feel like the more tactical end of roleplaying game battles, or even a small scale skirmish game.

The stories are teenage-angsty without being annoying, the subject matter ranges from the high fantasy and epic tropes down to personal feelings and concepts of self. This later part includes deft and narratively integral navigation of ideas around disability, identity, gender and so on without making them the emblematic focus of the story. It’s impressively done.

The app experience is like looking into a ghost world of your table – there’s no minis on the board in the app – as, after all, it might end up just being a video game at that point. Which is what it feels like, a kind of reverse augmented reality, you don’t look through the screen to change the vision of the real world, the virtual world works reflects your actions instead. It leaves you with all the fun bits (tactics, exploration, rolling dice to punch things) and takes away the admin to a point of painlessness. The campaign elements extend this too.

While it might be pricey box, many wouldn’t think twice about it if it was a Kickstarter, and your local game store is likely to carry it below RRP. Plus, the quality of the miniatures may well be the best we’ve ever seen for a boxed game where we didn’t have to assemble anything. The detail is incredible, the poses evocative and entirely in-keeping with the art of the game, and because your table will be (relatively) uncluttered by anything other than the scenery, heroes, and monsters, the game lets these miniatures live and breathe in a way that few others do. 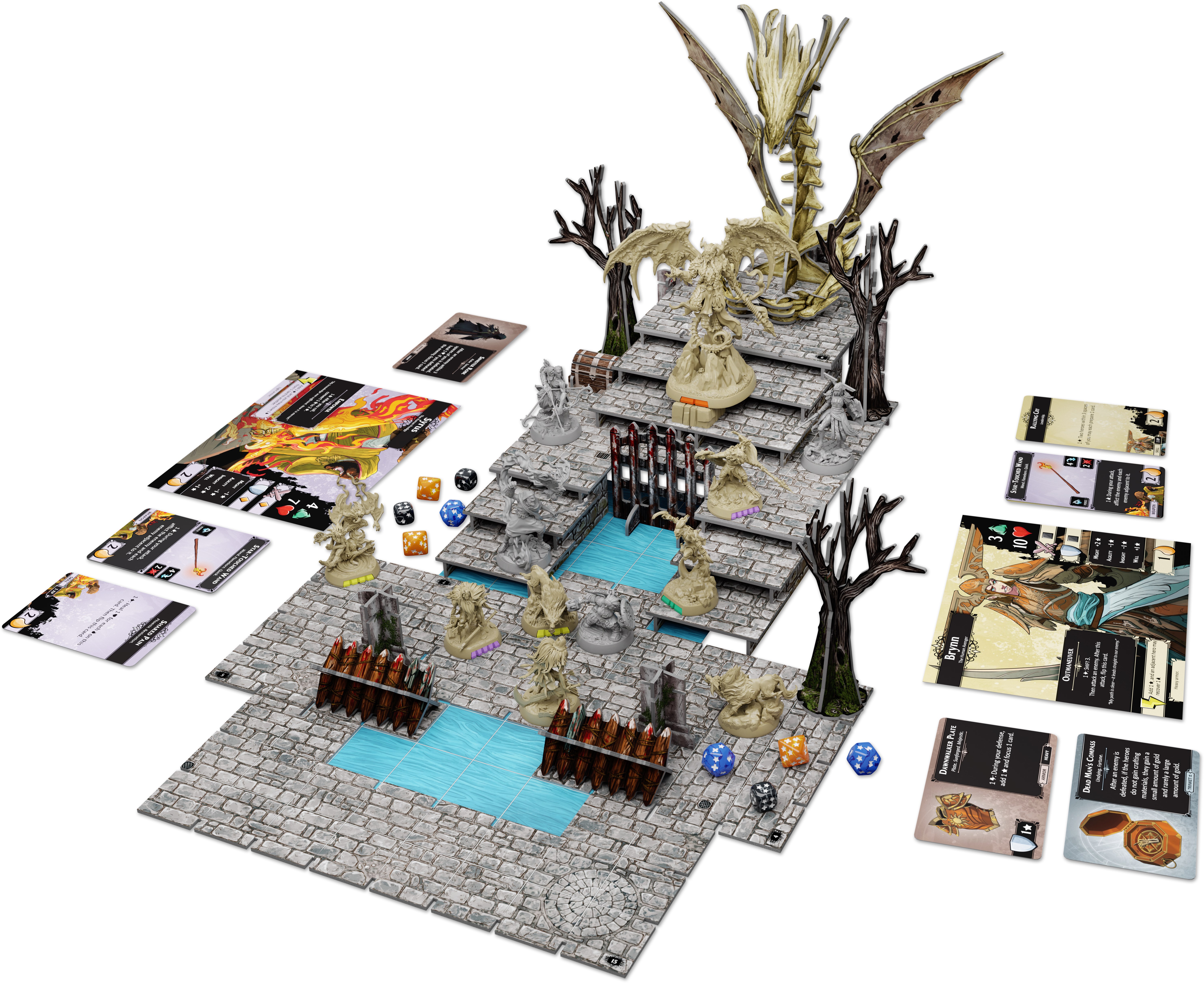 Ultimately the game that Descent: Legends of the Dark reminded us of most while playing was Blizzard’s digital classic, Diablo II – which is a high compliment. Between the unfolding world and boss fights both inventive and challenging, there’s so much to delve into here. So, gather your friends together and, ideally, set up a large tablet at the end of the table. It’s time now then to begin your own descent.

You can also read our feature on Descent: Legends of the Dark by clicking here!

A glitzy dungeon crawl that is both brilliantly written and perfectly balanced between the digital and the real. Truly something special

TRY THIS IF YOU LIKED Bloodborne: The Board Game…

Like the weapon-flipping, fatigue management of Bloodborne? Then Descent: Legends of the Dark is the immersive fantasy counterpart to this other massive box of minis.