Most board games don’t get second chances. It’s uncommon for games to get a second edition, especially when the first game wasn’t received too warmly. Not so for this climate change management game and thank goodness for that.

CO2: Second Chance sees Vital Lacerda coming back to his tabletop interpretation of the clean energy crisis. In both the original and this edition, players can choose to compete as rival agencies attempting to pivot the world to cleaner energy solutions, with the winner being whoever can do so whilst earning the most prestige, but with everyone losing if the environment collapses. However, this game’s greatest addition and the reason why Second Chance most certainly deserves another go, is the fully cooperative mode.

The core mechanics and theme remain the same; it’s up to your table to gather the necessary funds, political support and knowledge to create clean energy solutions to save the world from environmental collapse. Each 'decade' is split into rounds, which see players take turns to play one main action to either propose a green project, set up the infrastructure or actually build a plant, with the option to also move scientists to gain knowledge, play cards for niche benefits or buy and sell Carbon Emission Permits, which let you perform the infrastructure or build actions or raise funds respectively.

Where the co-op differs is, rather than competing for points, your team shares a score that goes up with every built power plant or completed U.N. card, but down to reduce pollution levels or because of incomplete goals. When setting up, 21 Environmental goals are randomly drawn and placed, ranging from “build a solar farm” or “run a summit with three talks.” At the end of each decade, every incomplete goal reduces points, with later decades costing more. It’s impossible to prevent your score from ever going down entirely, with the game lost if it remains below zero at the end of a decade, so it’s essential that players create as wide a buffer as possible.

Add to this secret private goal which each player must complete at least one, as well as U.N. cards that require you to use up vital tech cubes to claim, and this may be the best board game about climate change yet. By putting you in the seats of those responsible for safeguarding the planet’s future, it shines a light on the hard work done to steer humanity away from extinction. Whilst the co-op mode explores the magnitude of the task, in offering this and the original semi co-op, it also lets players explore the harsh reality of environmental profiteering, asking them how far are they willing to go to win, even if it might cost them the world.

Lacerda is not known for his minimalist game design and your table will groan under the weight of wood and cardboard whilst your brain buckles trying to remember each intricate rule and action consequence. Early rounds will go slowly, given the sheer breadth of possibilities, with a single missed rule or wrong action jeopardising your entire game. This is softened by the gorgeous design work of Ian O’Toole, from the interlocking components (each plant beautifully designed and visually appealing) to the explosion of contrasting colours across the tabletop.

It’s not affordable, nor does it hold your hand (at least not in play, the rulebook itself is superbly designed) and it is a marathon to play. But Second Chance now fully delivers an exceptional game heavy in mechanics and theme. If you feel up to task, consider playing this if you can.

Whilst still as demanding and heavy as its first edition, the addition of an outstanding co-op option makes playing either game mode a rewarding brain teaser with a solid theme. A challenge to learn and play, but nevertheless a fantastic game.

TRY THIS IF YOU LIKED Spirit Island

Whilst less antagonistic than fending of colonial invaders, both Second Chance and Spirit Island offer a deeply strategic co-operative experience, where only through counterbalancing weaknesses and support each other do you have any chance to succeed. 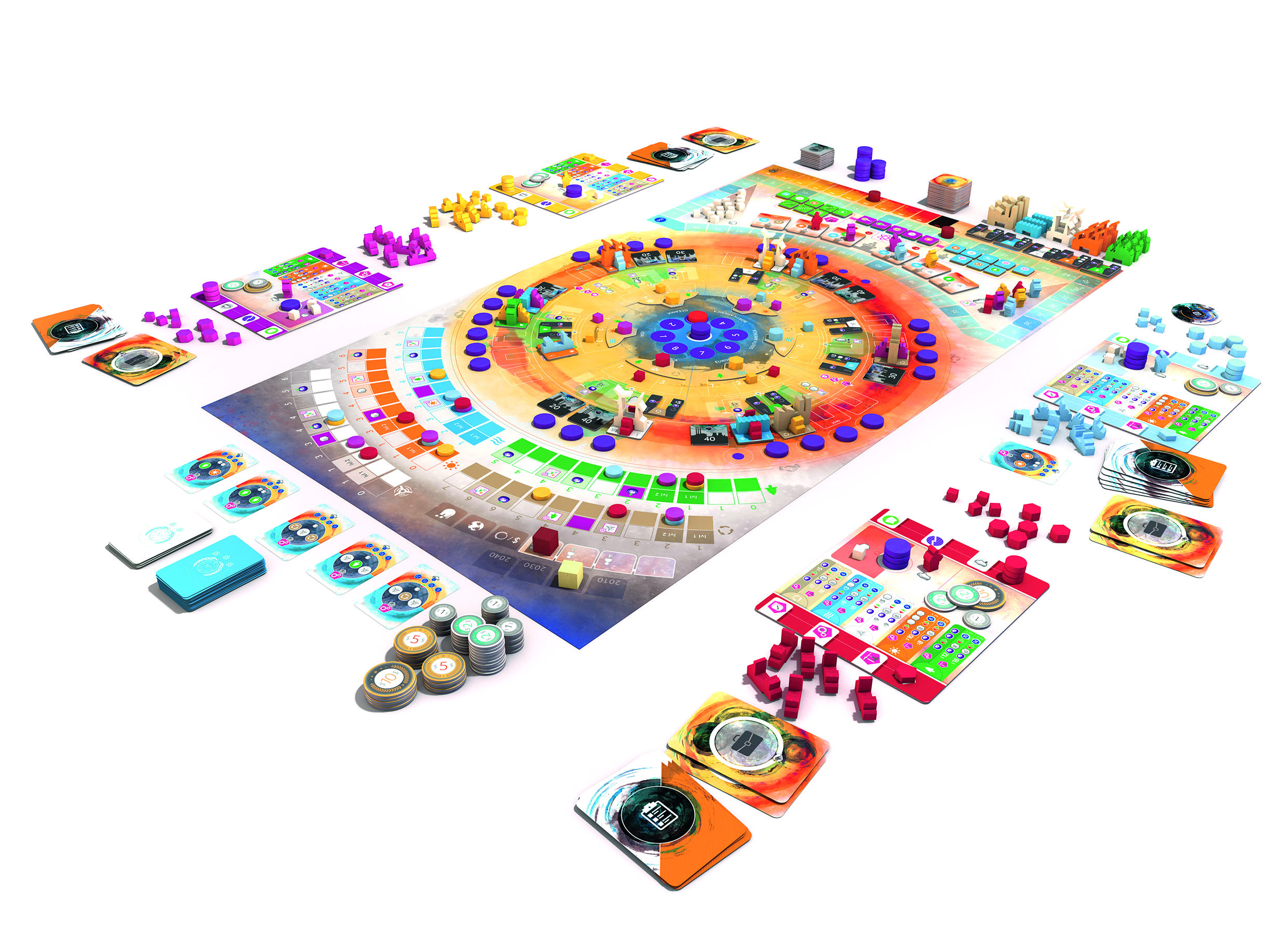