The sky is the limit

Star Wars fans please take note: this game has nothing to do with gas-giant mining, devastating paternity claims or deals that just keep getting worse. Instead, it concerns a city with its head in Earthly clouds, whose founders have for some reason tasked two-to-four competing architects with designing a metropolis so vertiginous, its walkways scrape the stratosphere.

As these architects, players must not only puncture the clouds with towering buildings of three different heights, but also connect those buildings with walkways, scoring more points the further they stretch across the fluffy expanse below. As building projects go, it’s almost as bonkers as the floating-platform construction of last year’s Megacity Oceania, though that at least was rooted in some kind of eco-related, post-diluvian logic. Designer Phil Walker-Harding (of Sushi-Go! fame) makes no attempt to explain why on earth anyone would want to create, or live in, a place where the air is thin, the pressure is low and a single fire would be unthinkably devastating. Some people just like to get high, we guess.

But no matter. Airheaded theme aside, Cloud City is a neat little joy to play, especially if you’re the kind of person who loves laying tiles as an act of creation as much as an exercise in point scoring. Though the colour scheme is a little bland – all pasty greens, blues and browns – you feel a swell of satisfaction at the games’ end when you look over your nine-by-nine city grid, its cardboard walkways busily criss-crossing between triple-layered plastic-tower rooftops.

Thankfully, the standard version of the game ensures that the most gratifying constructions also score the most points, so you can just enjoy that act of creation in the knowledge that your instincts have a good chance of winning you the game. And as this is not a dexterity affair, you don’t need to worry about shaky fingers costing you anything – although it is easy to accidentally knock the wobbly components, leading to regular fix-up jobs.

An advanced variant introduces ‘Special Requests’, which are simply bonus-point-scoring objectives that come as standard in most other games. These add optional complications which give the gameplay more bite, but can also feel counter-intuitive to the constructive act. For example, one Special Request awards two votes per building which has only one walkway – a limitation whose potential benefits you have to consider carefully.

As you might expect, player interaction is minimal, though as new cloud tiles – each with two potential building sites – are offered up via a shared market, it is possible to aggressively grab a tile another player obviously needs to deny them a lovely long walkway. But that feels contrary to the gentle spirit of the game, which is less about spoiling other players’ plans than concentrating on achieving your own colossal erections. Hey, stop that laughing at the back of the class. 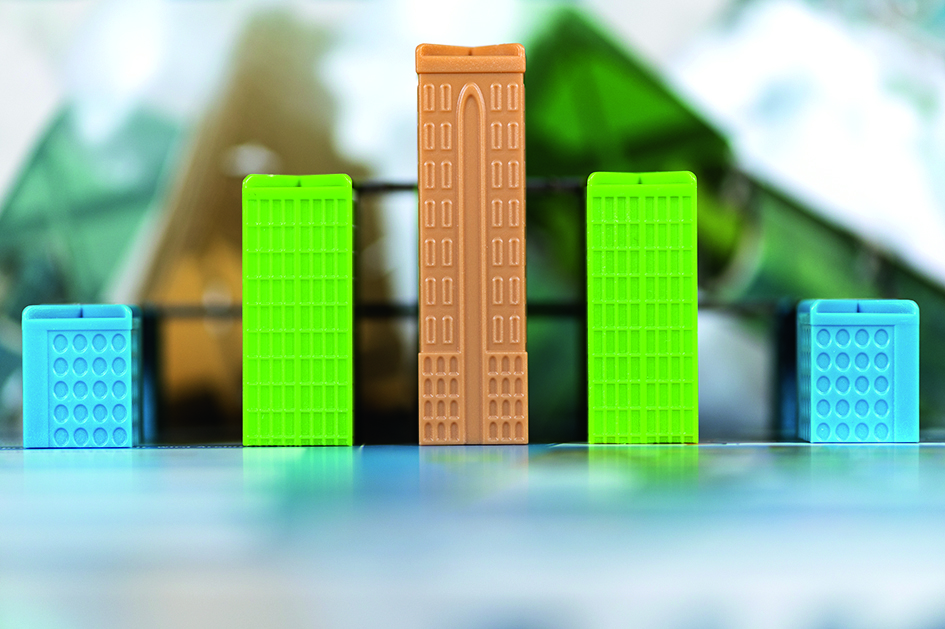 Like Sushi-Go! and Silver and Gold before it, Phil Walker-Harding’s latest is pleasing light, simple and straightforward, exemplifying the creative joys of tile-placement.

TRY THIS IF YOU LIKED BÄRENPARK...

While even lighter than Walker-Harding’s bear-park-creating tile-layer, it’s a close sibling. Perhaps he could do a cross-over and create a Care Bears game…