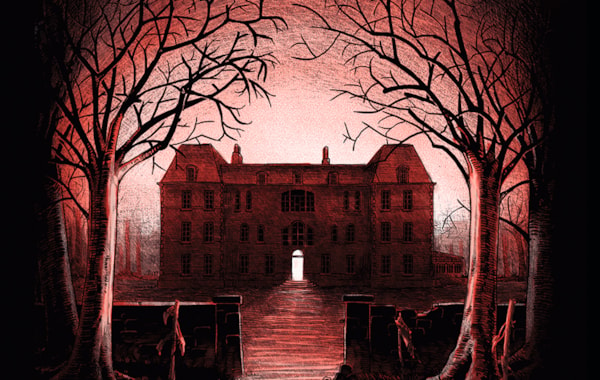 Captive has been around in a few forms, in a number of languages for a little while now. You may remember it from an Indie Shelf column a few months ago when it was published in the US by Van Ryder Games. Now we’ve got a nice Blue Orange English edition in print once again.

Your daughter has been kidnapped and you and a couple of colleagues are on the hunt for the culprits. You’ve been led to a mysterious estate on the outskirts of town, and it’s down to you to find your daughter and get her to safety. You’ll do this by choosing your own path through a graphic novel – moving from one room to the other looking for clues or vital key items to progress.

Captive is part of a more modern version of choose your own path books, where stats are introduced. You allocate points at the start of the adventure into strength, dexterity and will, and when choices come up later in the game your next move will be dictated by how good you are with these attributes. It’s like a very lightweight solo RPG that still presents you with interesting choices (you can only carry three items at once, is it worth dropping something to pick up this new item?). The addition of a time mechanic, which triggers every time you pass through certain choke points, means that there’s a sense you really can be ‘too late’. This mechanic takes into account that time tally and sends you down different routes depending on when you arrived at a frame.

The design and art of the book is excellent if sometimes a little sparse, you run from panel to panel, and the only downside is the speed at which you can consume a single page as simply there’s often not much to read. The jumbled nature of the panels means it’s a bit jarring as you might naturally scan the next panel, which has nothing to do with the one you’re on. Once internalised however you’ll stop making that mistake and fully give over to your recreation of Taken.

It’s a smart, slick system and we were happy to die in it a handful of times before ‘winning’ the game. There are few higher recommendations for a solo adventure.