This article originally appeared in issue 462 of Miniature Wargames. You can pick up your issue of the magazine here or subscribe to make sure you never miss another issue.

In the Forward Observer section in issue 448 I mentioned a new production called Blaster: a downloadable or Print on Demand collection of rule systems by well known authors. Featuring some prodigious hobby talent including Ash Barker, Joseph McCullough, Mike Hutchinson and Joseph McGuire Blaster is designed to be a rules and scenario anthology, released on a quarterly basis. The latest two copies of this (meaning three so far) have been released and I wanted to cover them in some greater detail here.

These latest editions are edited by Greg Horton but with largely the same contributor's list and they make for some fine reading. Issue 3 is priced at $19.99 as a PDF (or $35 in PoD format), and it’s 50% thicker (at 120 or so pages as opposed to around 80 pages) and it’s chock full of solid gaming material. Continuing on from the earlier issue I’d seen, there’s no ‘filler’ with effectively no advertising included in the publication however there are some whole rule systems and scenarios included by the contributors. 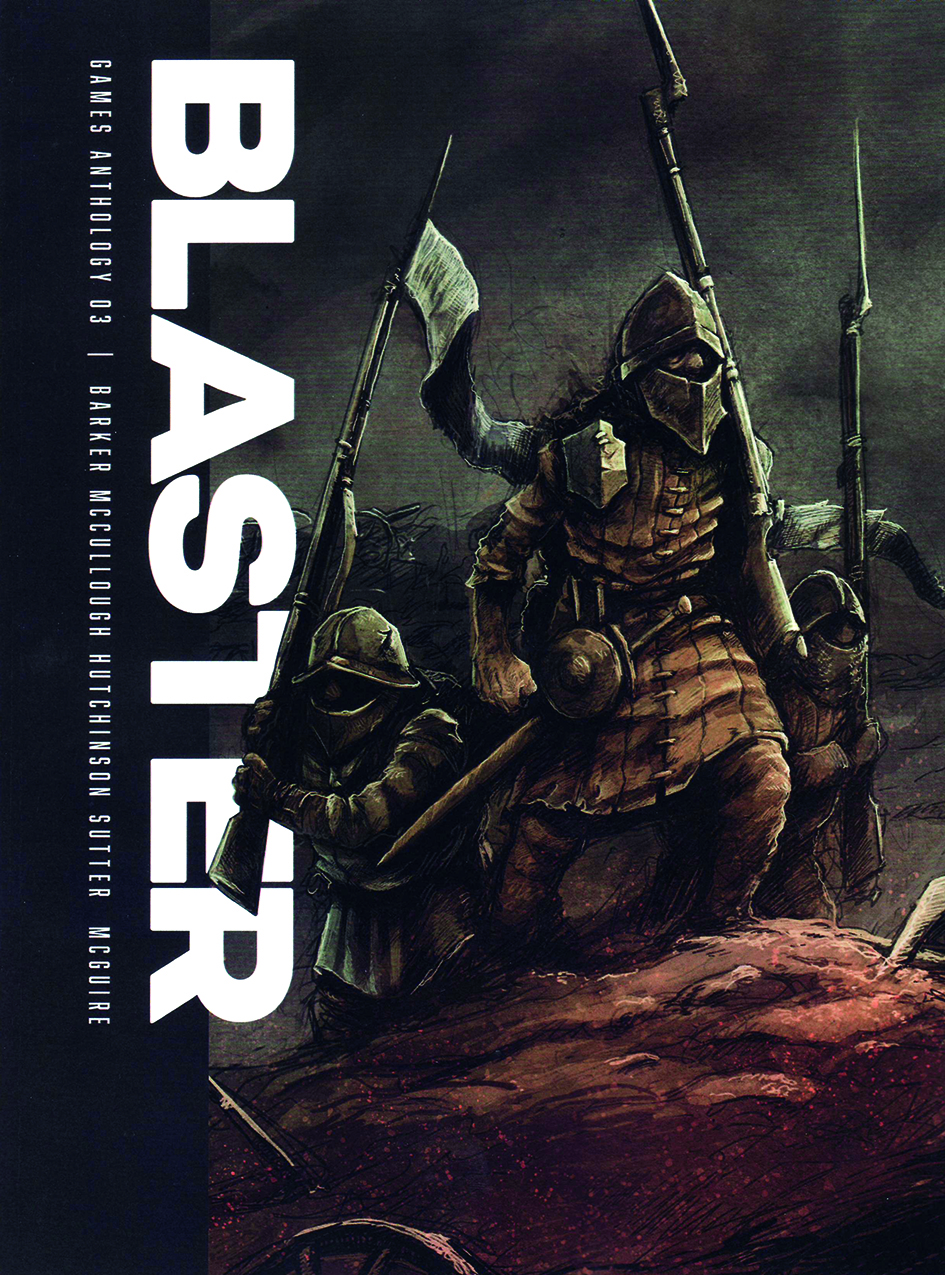 All of the featured themes are non-historical. The first issue had a Rangers of the Shadow Deep, Lord of the Rings scenario; Gaslands with grav cars on Mars; and Wild West Zombies (amongst others).

Issue 2 has Shadowgrave rules (sort of Cthulhu for Rangers of Shadowdeep by Joe McCullough); Masters of the Wild (a post apocalypse campaign system by Joey McGuire); Mystic Skies (Hutchinson and Sean Sutter with Wizard-to-Wizard combat (on flying carpets...); and Last days Evolutions (B Movie skirmish by Ash Barker).

Issue 3 has Sludge by Sean Sutter (a fantasy, black-powder, large army combat system complete with scenarios); another Shadowgrave piece by Joe McCullough (again with scenarios); Paths of the Ronin by Ash Barker (an expansion for his own Gamma Wolves rules published by Osprey); and The Mysterious Anomalies of Site-X (a wasteland expansion by the author Joey McGuire for his This is not a Test rules).

The quality of the writing and layout is impressive: I know it might seem a small thing to some but I like the wide spaced, ‘easy on the eye’ type-style and most of the illustration (a lot of which is photography) is very good... whilst the rest is excellent. The print on demand copies they have sent for review are faultless and – for the extra 15 bucks – I’d go for that every time, however there is an option of a PDF and print version bundle for a further ten dollars and that seems perfect.

I’m very pleased that these anthologies exist: great writing, interesting systems and lovingly produced. In a year they’ve managed three which is great: I wonder with their business model (that effectively ‘zero advertising’ approach) if they can keep it up and expand beyond the systems they are already covering. I sincerely hope so!

Check them out at DriveThruRPG.