Reviewing this felt like judging a restaurant based on its mixed platter starter. You know there’s more to offer, but as many aren’t going to have the chance to sample the full menu (i.e. play in a card game community), it's best to see if this meal alone is worth it.

Food analogies aside, Ashes Reborn: Rise of the Phoenixborn is the latest reincarnation of Plaid Hat Game’s compelling take on the CCG formula. Each player selects a Phoenixborn (think High Fantasy Highlander) to lead their 30-card deck and pool of 10 custom dice. You win by defeating your opponent through casting spells, conjuring creatures and summoning allies to battle against them.

Cards have symbols denoting what type of magic (i.e. die face and colour) is needed to use them, as well as signifying if it takes a main or a side action, as players only get one of each per turn. Side actions represent small advantages or abilities, whilst main actions greatly impact the board, adding strength to your side or damaging your opponent. Whenever a card is used it gains an exhaust token, showing that a creature can no longer attack or defend, as well as a spell cannot be activated again this round. Only once players have consecutively chosen the “pass” action will an exhaust token be removed from each card in play, all used dice are rerolled and everyone draws new cards.

It’s clear that Ashes has, shall we say, “Gathered Magical” inspiration from other CCGs, but the ways it innovates and diversifies are remarkable.  Players begin by choosing a hand of five different cards from their deck, artfully removing the possibility of an unbalanced start. The randomized dice pool means that you can never perfectly plan out a round, but also bad rolls are mitigated by having a side action which let you discard cards to change your dice’s values. The game’s constantly passing turns also ensure players always have chance to respond, yet choosing when best to react is vital. You may have a powerful ally in hand, but it’s often better to draw out your opponent’s removal abilities by summoning other things as bait, giving games a fencing-like quality in their fluid “attack/counter-attack” structure.

The Master Set offers a generous selection of six pre-built decks and plenty of dice,  encouraging you to build your own decks as soon as you’ve understood the fundamentals. The variety of Phoenixborns included offer plenty of different playstyles, each with their own unique cards and strategies.

But where this box succeeds as a gateway to a larger hobby, it fails as a self-contained game. Whilst the components do allow for up to four players, you’re limited to what starter decks can be played with, many of which can feel very one-note in a larger group. The game thrives as a duelling game, but requires someone to play diametrically opposed magic types, otherwise I foresee squabbles over who gets what cards. This set does come with a draft mode, which makes multiplayer matches more engaging by letting players cobble together a deck, but beginners can’t start playing this way, meaning you all need to know and enjoy the basic duelling and deck-building first.

I can see myself enjoying this game in a local tournament scene setting and I greatly appreciate that all of the Ashes products are fixed content and not randomised packs, but to get the most out of this specific set you’ve really got to have someone willing to dedicate hours exploring the game’s possibilities together, ideally someone who deeply loves card games too.

While Ashes offers an innovative way to play a CCG, as a stand-alone product this set doesn’t quite deliver on the game’s true potential. Definitely worth a look if you and a fellow card game enthusiast are after something vibrant and thought provoking.

TRY THIS IF YOU LIKED MAGIC: THE GATHERING

It’s the biggest and longest running CCG for a good reason, but if you got tired of trying to compete with expensive decks or have been ruined by bad draws too often, Ashes is the perfect alternative to providing a similar duelling delight. 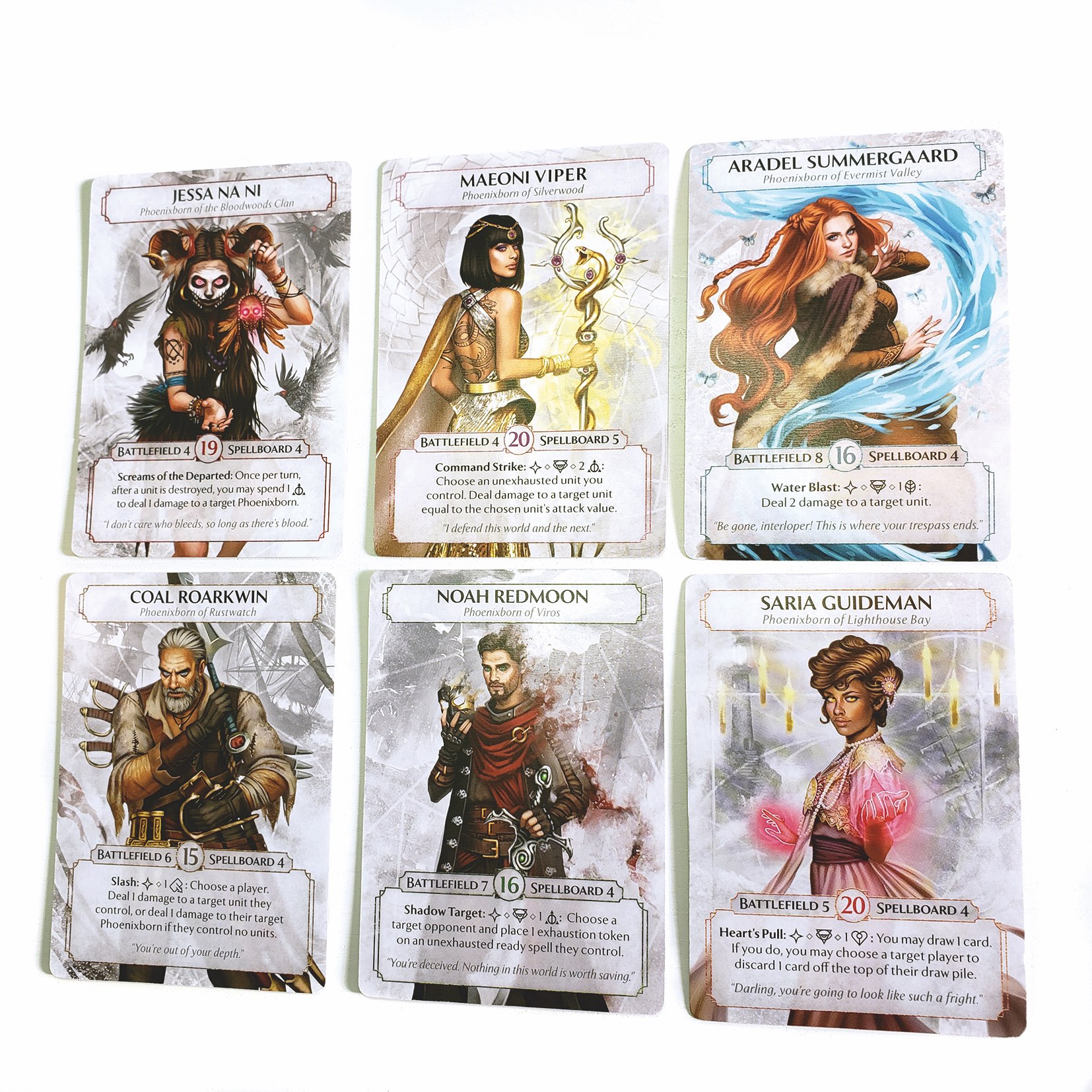 Phoenixborn also made our list of ten of the best Trading, Collectable, and Expandable Card games, so be sure to check that out below for even more options!