Artbox is a game that turns you into the artist, though your style may only be described as minimalist at best. Each turn you’ll roll the dice containing symbols of a triangle, line, square, and circle, plus a card telling you what the focus of your study will be. You’ll then unleash your inner artist to create the masterpiece using only those four shapes, and only one of each. When completed, all reveal their drawings, and players must then try to figure out which drawing matches which card in front of them, with a few added in. The player with the most correct guesses gains the victory token for that round. 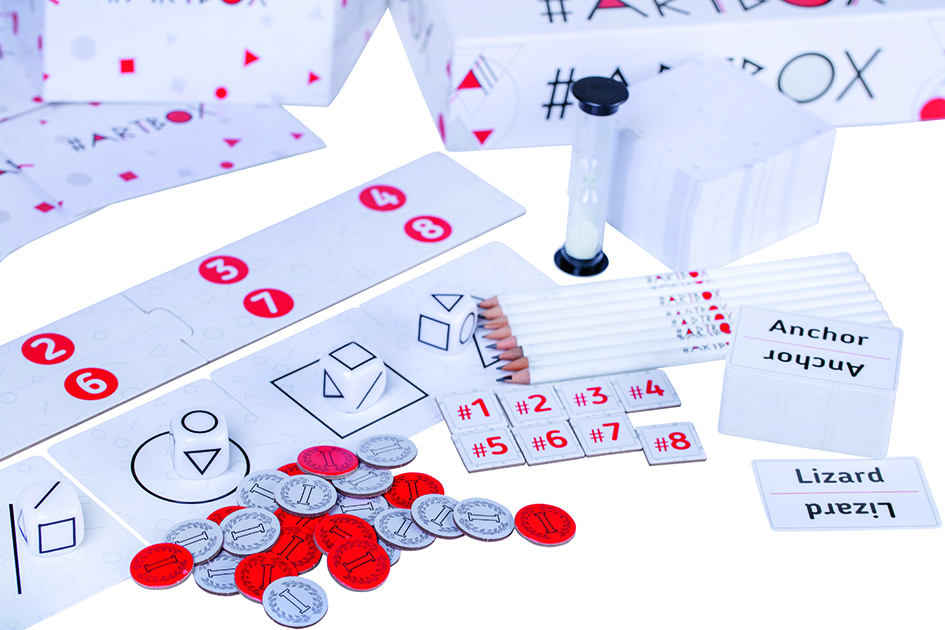 It’s a simple game, perhaps overcomplicated with some of its components, but it plays really nicely and it’s easy to find the fun – first in the puzzle of how to draw something clearly, then in the argument that “surely it’s obvious that that’s a unicorn?!”. As with all games like this, it’s actually those worse at the game that make it most fun. Making said unicorn is difficult enough from a range of shapes, let alone landing four of the line symbols to do it with. You’ll laugh at the failed attempt, your fellow players will laugh trying to diagnose what it is.

Artbox therefore is a fun game for the family, with enough silliness to tempt a surly younger player, and potentially a good gateway style game. However, once the initial novelty wears off, the wish to play it again is limited, and whilst it’s nice to see additional rules included for when you’ve mastered the play, these too wear off after a while. That said, Banksy and Neil Buchannan had to start somewhere, and Artbox is as good as any an art-based game to test your friends with.