The 2012 adventure game Legends of Andor ticked all the boxes of heroic, sword-swinging fantasy. It cast players as a plucky group of heroes setting out to confront a menagerie of monsters in a land of magic and peril, picking up armfuls of loot along the way. But while its theme might not have deviated far from the generic fantasy blueprint, it came with a card-driven scenario system providing players with a succession of quests to attempt. It meant that different play-throughs offered different challenges, with players wandering across its kingdom-map board like a vast, open sandbox.

This kid-friendly take on the concept by the husband-and-wife design team of Markus and Inka Brand (EXIT: The Game, Rajahs of the Ganges) takes the same core concepts of exploration and combat but squeezes them into a form calculated to appeal to younger players. 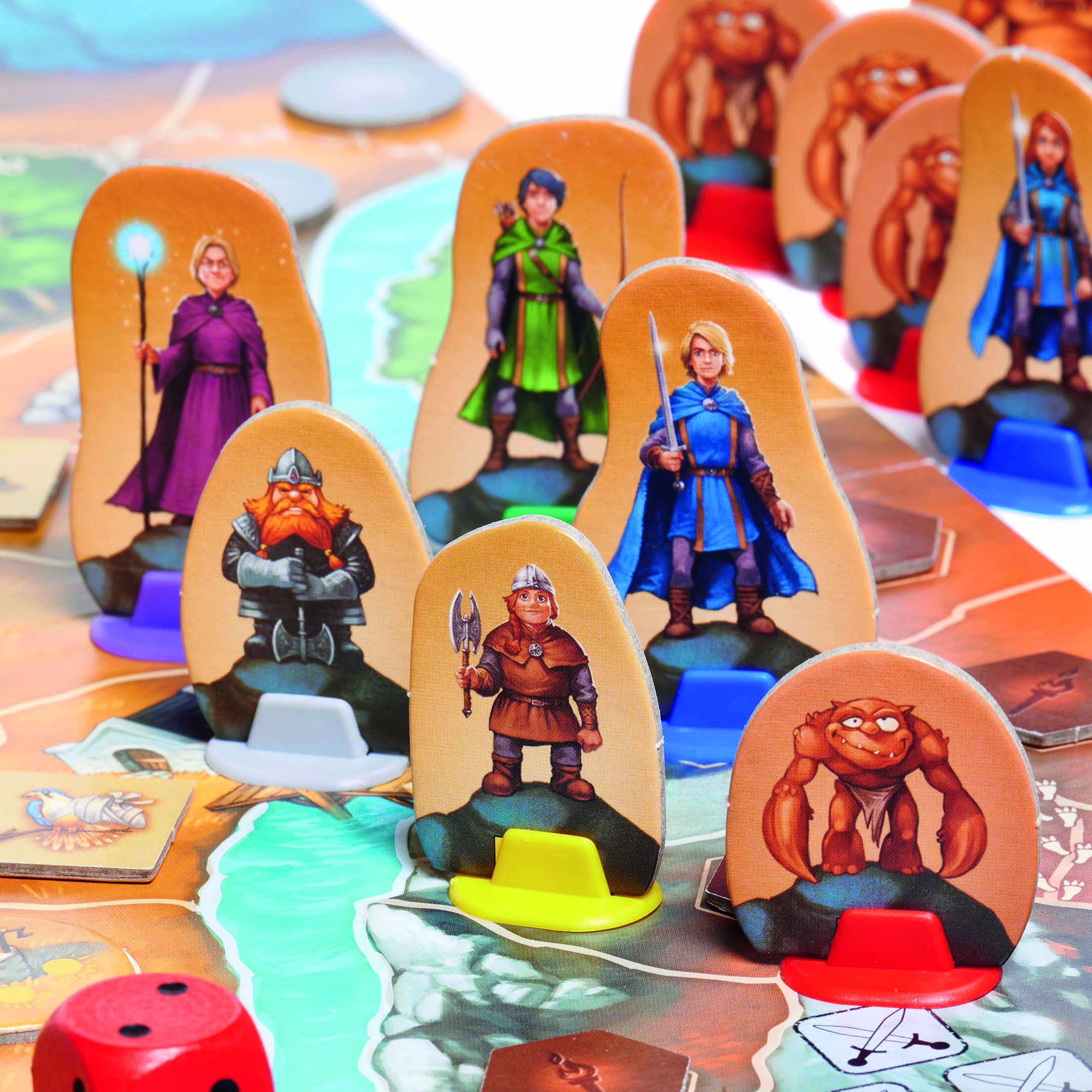 The first thing you’re likely to notice is its brighter, friendlier, more cartoonish illustration style. Its heroes are younger, its monsters more comedic than threatening, and its landscape painted in brighter and more inviting tones than its bigger sibling. Speaking of illustrations, though, it’s disappointing that while its heroes all come with male and female options for their appearance, the cast of protagonists is all-white. In 2021 with diversity one of the hottest topics of discussion in the hobby, it’s hard to believe that no one flagged it up prior to release.

Once you’ve gathered your party and set out on the road to adventure, you’ll discover that some of the tasks confronting you are not all that adventurous. The game comes with a selection of objective cards giving you variable goals for different play sessions, and only some revolve around combat. Others involve hunting for resources or delivering goods to different locations on the map. For a game pitched at kids, though, it feels appropriate, and there’s always the risk of running across enemies in the fog-shrouded fields and forests.

When you run into one of the rampaging Gor – orc-like creatures intent on bashing you over the head and generally ruining your day – you’ll be able to confront it in battle. Resolving fights is a simple dice-chucking exercise using clear and simple symbols rather than stats and tables, and you’ll be able to spend a stash of tokens or call on your allies’ assistance to help swing the struggle in your favour.

Knowing when to fight the Gor and when to focus on your mission objectives is important, but ignore them for too long and they’ll attack your town. There’s also a pesky dragon that menaces your home, and letting it reach its target will immediately lose you the game.

Fend off these threats and complete your tasks, though, and you’ll earn the chance to face a final challenge: reuniting some lost wolf pups with their anxious mother. As climactic scenes go, it’s hardly throwing the One Ring into the fires of Mount Doom. But it’s a cute and gentle culmination to your story, and one that young kids will probably get suitably invested in.

If you’re a fan of the original looking to introduce your kids to tabletop fantasy adventure, this family version will certainly appeal. But the lack of diversity among its characters is deeply disappointing. 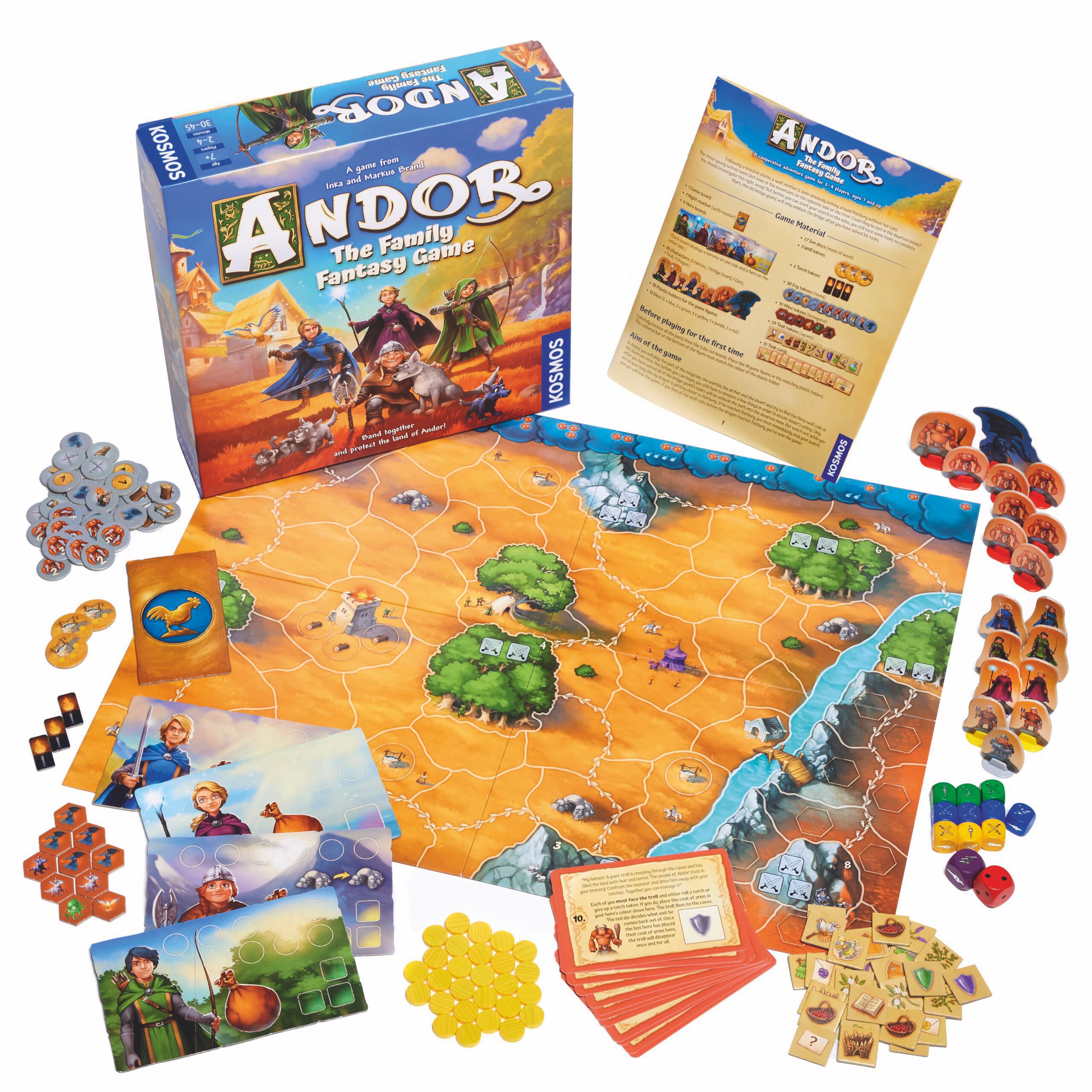