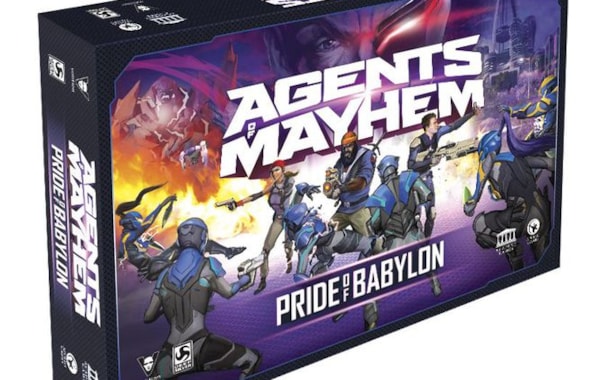 Just play the videogame instead

Did anyone ask for Agents of Mayhem: Pride of Babylon? Presumably someone must of, as the game was funded by Kickstarter, but it’s hard to understand why. Boardgames based on videogames always come across as a slightly iffy concept to begin with (and vice versa, for that matter), but the fact that of all games Agents of Mayhem – an utterly forgettable third person shooter set in the Saint’s Row universe – should get a tabletop adaption begs the question ‘why bother?’ This, sadly, pretty much goes for the experience of playing the game itself.

Pride of Babylon pits the evil cohorts of L.E.G.I.O.N. against the titular agents of M.A.Y.H.E.M. as they duke it out in a future Seoul. At heart the game is a tile-based miniatures skirmish game similar to games like Star Saga or Core Space, but burdened with a deluge of mechanics piled on top of it. Though a number of these ideas are conceptually interesting, they’re added in such profusion that the game ultimately feels like an exercise in needlessly fucking about with what should be a fairly straightforward premise.

Miniatures in the game are split into two types – units (namely, the faceless mooks commanded by the L.E.G.I.O.N.  player) and characters. Each character comes with a board with physical slots in it for upgrade cards, as well as information denoting what weapon they wield, and what actions they can take at what cost. Cost is related to a set of stats on the top of the board – speed, tech, focus et cetera – each of which has a slot for a coloured plastic stat cube. Using special abilities or performing certain actions costs a number of cubes of a specific type. When a character is dealt damage, they will have to allocate a red wound cube to a given stat slot, capping the number of cubes they can regain and thus hampering them as they weaken. Units follow the same general principal, but use team boards which contain up to three unit cards. The other major differences are that when an individual unit miniature is wounded it’s simply taken off the board, and units can accrue reinforcement points to let them bring on more of their numbers. Turn sequence operates on alternating activation, and involves a card drawing mechanic. All units besides the one activated are refreshed, and the card drawn will indicate – amongst other things – how many cubes can be restored to stat slots. 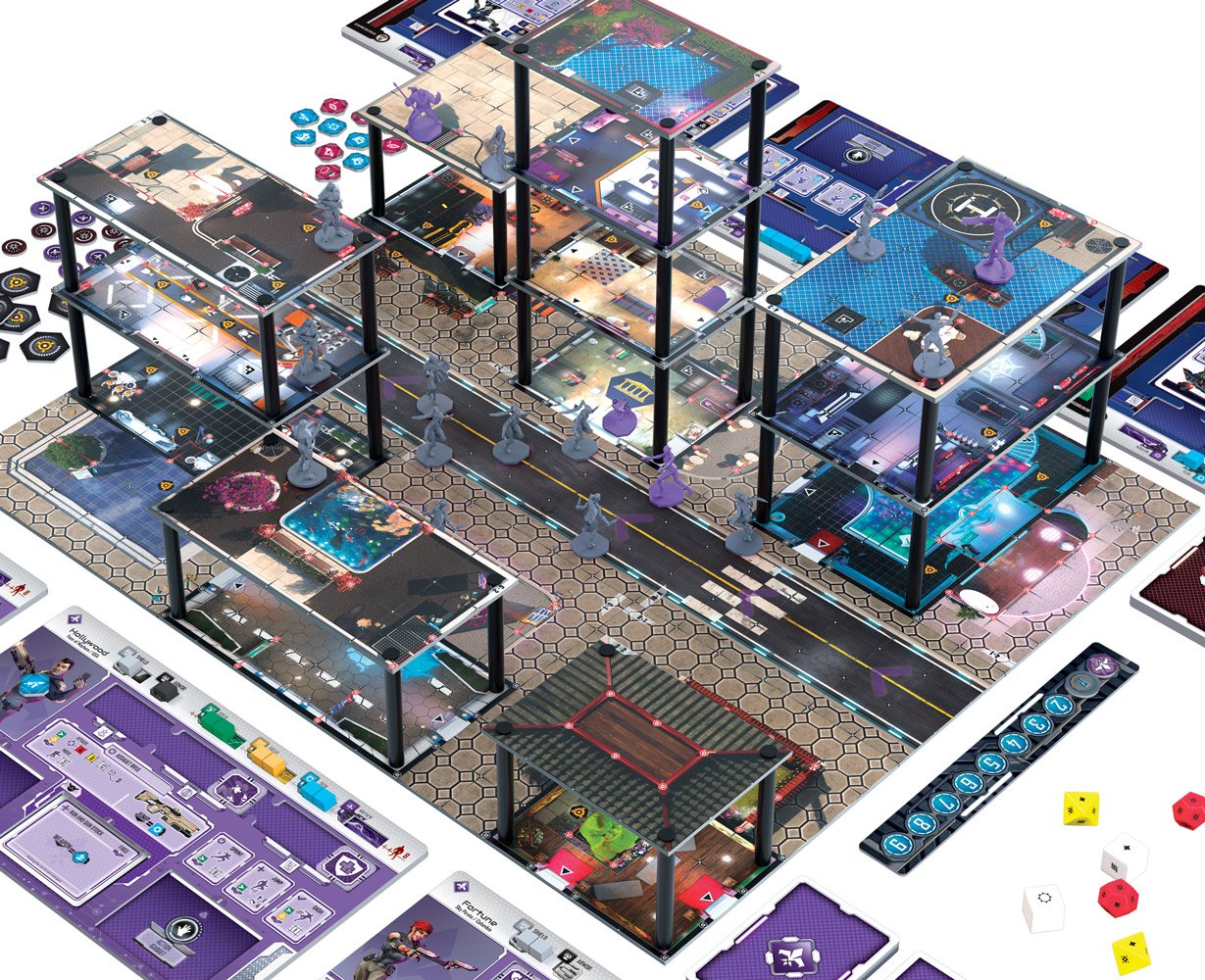 From a purely mechanical point of view the skill slot mechanic is an interesting one, as it adds something of a resource management element to combat and forces players to think about damage limitation when it comes to allocating wounds. In practical terms, however, it’s also an especially egregious example of a physically cumbersome mechanic, as you’ll have to spend a significant amount of time carefully adding or removing the sodding things to and from a board. On that note it’s worth emphasising just what a sprawling mess of cards, tiles, counters, tokens, cubes, boards and other assorted miscellanea the game is. Having a game overflowing with components may appeal to a certain type of gamer, but it just comes across as the physical manifestation of a game that’s trying too hard to cram in as many different elements as possible (does grenade damage really need to be decided by randomly drawing from a pool of counters, for example?)

Of those other mechanics, probably the most notable is the much-touted building destruction element, where buildings can be destroyed level by level if sufficiently damaged. ‘Notable’ is used loosely here, as its description contains all that really needs be said about it. It’s a gimmick, nothing more, and beyond raising a ‘huh, that’s neat’ the first time you do it doesn’t really add a great deal to a game.

Pride of Babylon comes with a tide of missions, rules for campaign play and rules for upgrading characters between missions, simply because of course a game like this would. At heart it may not be a bad game (in the sense of being patently broken or totally unoriginal), but it is overdesigned, and a salutary reminder that sometimes depth isn’t as good as breadth. In the end, players could play a simple, flexible skirmish wargame and have just as much fun with significantly less messing around.

Physically and mechanically cumbersome, Pride of Babylon's design shows all the restraint and elegance of a hyperactive twelve-year-old high on a sherbet dip and console game binge.

TRY THIS IF YOU LIKED… STAR SAGA

Pitting an elite squad of mercenaries against a horde of mooks, Star Saga at least has the good grace not to swamp players in mechanics and paraphernalia