A Feast for Odin review 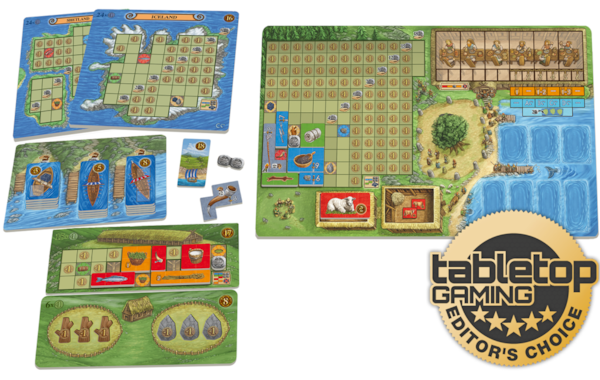 A Feast for Odin

If you are in any doubts about the ambition and scale of A Feast for Odin, the latest design from Agricola, Caverna and Patchwork virtuoso Uwe Rosenberg, know that the game includes a 20-page almanac explaining the historical context of just about every single component and concept contained in the hefty box. It also includes a 16-page appendix detailing the hundreds of cards, tiles, tokens and boards packed in. And a tiny wooden moose.

A Feast for Odin is billed as a saga in the form of a board game, a tabletop simulation of the day-to-day lives and now legendary exploits of Vikings over three centuries condensed down to a couple of hours and lots (and lots) of cardboard. The scale of Rosenberg’s design is frankly stunning, gravitating around an enormous central action board that features more than 60 different action spaces. Each round, players move their Vikings from their individual home boards to areas on the main sheet, performing a huge variety of tasks by spending different numbers of tribesmen. Options range from harvesting wood, stone, ore and silver from the separate mountain strip boards, constructing ships and buildings, and purchasing livestock and food from the market to hunting for meat, exploring distant islands (also represented by separate boards) and, yes, raiding, pillaging and plundering, as is the Viking way.

It’s initially a lot to take in, especially as the action board crams all the options in by using a series of largely wordless symbols, meaning you’ll spend your first few rounds or games constantly referring back to the rulebook. It’s not for those looking for a tight set of decisions each turn – A Feast for Odin’s core strength is the breadth of possibilities available, which absolutely embody the feeling of managing a clan of Vikings. One turn you may find yourself breeding sheep to collect valuable wool, another you might be whaling for meat and bones. Of course, the best way to succeed is to juggle everything, balancing the pursuit of luxury goods and treasure with the necessities needed to survive. While the routes to victory are complex and diverse, the gameplay is so impeccably crafted and feels so natural (once you decipher all the options) that it’s just as rewarding to sink into the Norse world and soak up the moment-to-moment replication of Viking life.

Of course, for those looking to claim glory, there is the ultimate pursuit of victory points. The majority of your player board is taken up by a grid of squares, most of which contain -1 symbols. As you acquire blue and green tiles, you can place them into the grid – although green tiles cannot be directly next to each other – and begin to cover over the squares.

Over time, this can steadily increase your income, as well as earning bonus resources and goods from special spaces once they are fully surrounded. Tiles can’t be removed or shifted about once they’re down, so it takes some careful planning to avoid leaving gaps and ensure you’re bringing in as much as possible each round, although silver coins can be used to plug holes in an emergency. Extra buildings provide additional points and resource bonuses (as well as negative squares to be covered), as do the four much larger island boards, which eventually flip over if left unclaimed by seafaring players, offering increasing rewards for taking the additional risk. The tile-arranging portion of the game will be familiar to fans of Rosenberg’s much lighter games Patchwork and Cottage Garden, albeit in a more intense, grander form. The pressure to organise the tiles effectively can lead to newer players freezing up – but as they can be put down at any time, it helps to avoid a player bottleneck. 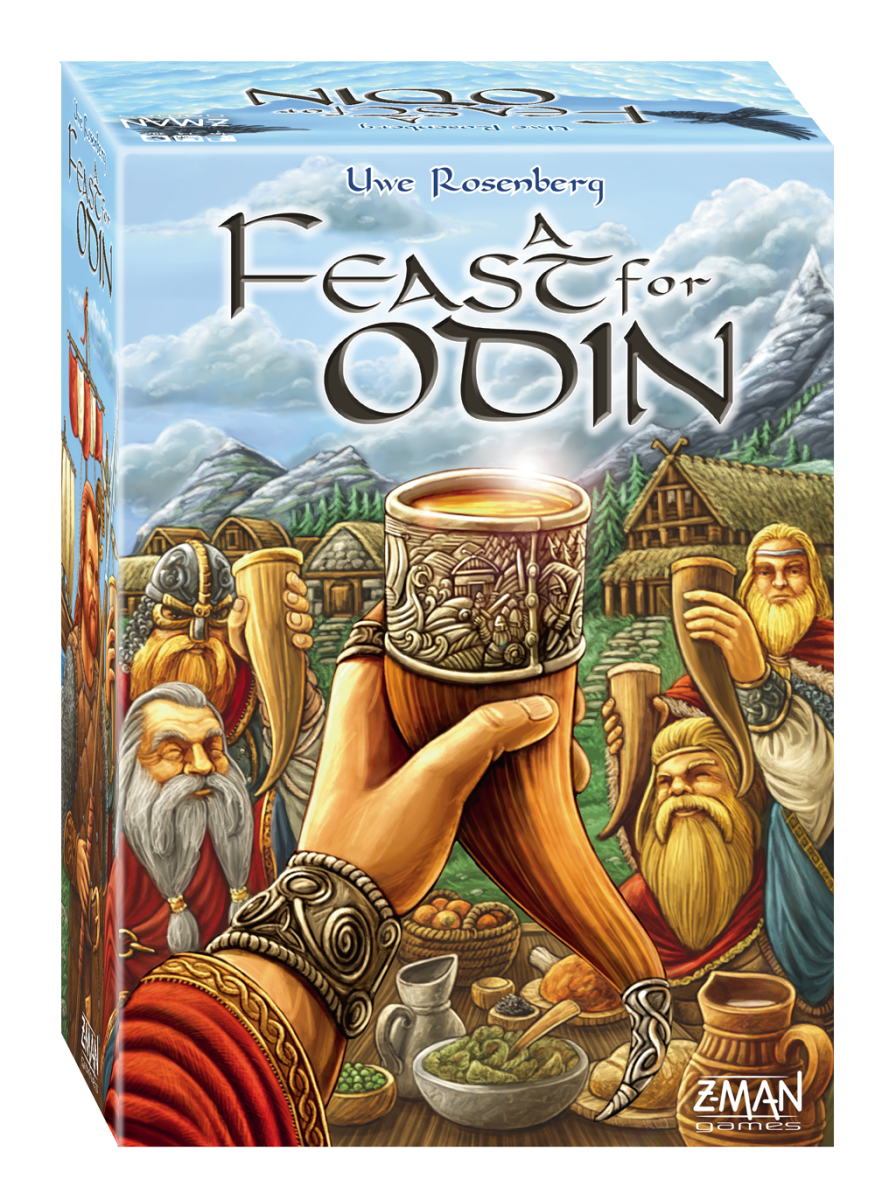 No matter how impressive your hoard, there’s a wonderful sense of advancement over the game’s two-three hour playtime. Over each round, pairs of animals breed, natural resources deplete and refresh, and the number of Vikings huddled around each player’s village square grows, unlocking the chance for more and greater actions as the game progresses.

There’s a lovely thematic hum to the heavier, drier Euro mechanics: harvests occur periodically, offering certain crop tiles during good periods, and nothing during off-seasons. Vikings are hungry folks, and have to be fed at a banquet during the close of each round (a feast, one might say) – any available food tiles have to be rearranged in a separate window on the board, but are subject to rules that stop the Norsemen eating nothing but peas and flax, or chowing exclusively on red meat. (It’s not good for the heart.) Coins can be used to pad out holes in the meal – presumably they order a takeaway – neatly reflecting the balance between trade and self-sustaining, while emigrating Vikings to distant lands can bring down the amount of food required.

While many of the mechanics interlock and tick away with the precision of a watch, there are a couple of luck-dependent aspects that introduce a bit of unpredictable tension into the otherwise tightly-clasped Euro game. Hunting game, whaling, raiding and pillaging require rolling a die – either an orange d8 or blue d12 – that dictates the cost of hunting and the potential value of blue goods tiles acquired from looting. Players can roll up to three times, but choose when to stop – adding an effective push-your-luck decision when trying to bring in the best treasure and resources around. This also ties into the weapons cards, one of which is added to a player’s inventory each round and serves as the price of hunting, laying snares or whaling – or, in the case of swords, increasing the die roll when pillaging and raiding. The semi-random nature of the cards can influence certain strategies, helping to avoid players repeating the same actions turn and turn again.

This is also the case with occupation cards, which Rosenberg followers will recognise from Agricola. Players begin with one, which grants a random benefit, and can acquire and play more over the course of the game to improve the efficiency of their Vikings and unlock other abilities. The cards come packed in four decks: starting occupations and three decks recommended for different levels of experience with the game, and provide an extraordinary variety of effects, making each game feel unique as you make the most of being a baker, tradesman or master hunter.

There are a truly astonishing number of things happening in A Feast for Odin, yet it remains relatively simple to understand. Almost any option is covered by the action board – though players cannot choose spaces already occupied by their opponents, making strategic play vital, especially with bigger groups – and the moment-to-moment actions are surprisingly logical and natural, making play flow smoothly rather than being overwhelmed by the countless possibilities. It achieves the rare feat of feeling wholly authentic in its detailed portrayal of Viking life; you feel the relief of bringing in a tiny cardboard side of beef during a hard season, and the thrill of stepping onto a new board filled with squares to be meticulously filled with tiles. It’s a rich, hugely rewarding experience that needs to be felt, rather than just played. A tiny horn of mead never tasted so sweet.

A Feast for Odin is awe-inspiring in the scale and detail of its Viking simulation, yet all of the many, many parts come together to offer an intense and enthralling experience unlike little else on the tabletop. It is a triumph.