The greenskins are coming

One of the lesser-known facts about the North African Campaign was that the British 7thArmoured Division employed several battalions of orcs in its war against the Axis. When interviewed about his time fighting in North Africa, decorated veteran Kaptun Gitcrusha responded, ‘Dere was sum gud fightin’ out dere, but it was bloomin’ hot. Real gud fightin’ tho…’

The orcs come in both ranged and close combat varieties, wielding either axes and pistols or bulkier, ‘orcified’ versions of Sten and Bren guns. In addition to a sergeant and a corporal figure, there are also heavy weapon options as well – a rocket launcher, a flamethrower and a heavy machine gun. The 28mm miniatures are in metal and come in three parts. The Kickstarter has a stretch goal of £1200, which will unlock a free revolver-wielding orc officer. (you can tell he’s an officer, as he’s got a fancy hat). A squad of ten – either ranged or melee – will set you back £25 plus shipping, whilst a platoon of two squads runs to £45. Scale-wise, they share similar dimensions to a Games Workshop Ork, although they’d fit in with historical miniatures as well (after all, who’s to say what the proper proportions of an orc should be?)

Miniaturemen is a family-run two man operation that has previously run two other Kickstarter campaigns – a set of 28mm wild west cowboy orcs and some wild west fantasy miniatures (including a few orcs – definitely starting to see a pattern here).

At the time of writing the Kickstarter is just shy of halfway funded – them Germans better start worrying! 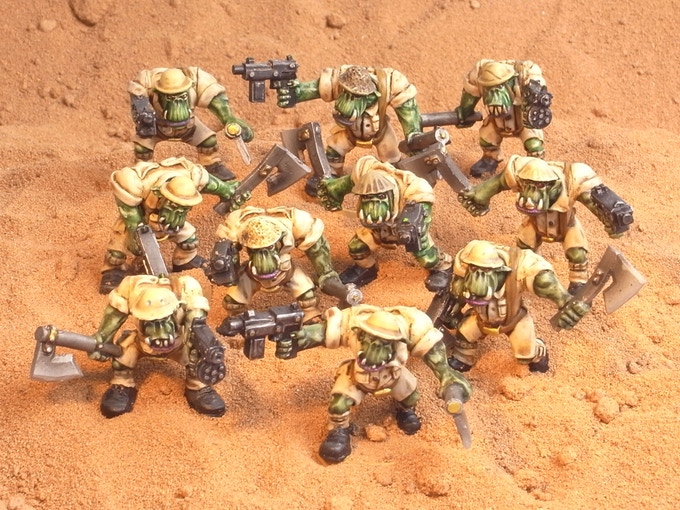 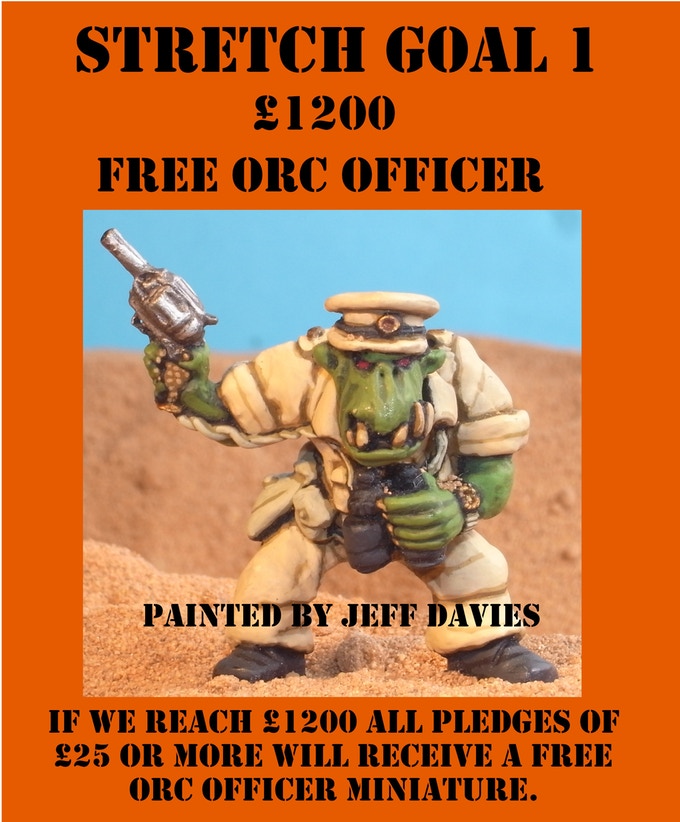