Lasso in your friends for a co-op DC universe adventure

Ravensburger continue to pop out Prospero Hall designed boardgames of our favourite films with Wonder Woman: Challenge of the Amazons.

The game is another co-op from the same stable as 2019’s Horrified.

We’re told that the enemies in this adventure will be classics from the Wonder Woman universe. Namely, Ares (more or less the Greek god of war), Circe (again, Greek, not the Game of Thrones one. Circe captures Odysseus and turns his men into pigs in the Odyssey), and The Cheetah (who, we can only hope, will play fair).

The game appears to be set on the isle of Themyscria and includes some statuesque golden (coloured) miniatures. There are  five heroes in the box, with Diana as a playable character. Any others have yet to be confirmed. They are, of course, paintable.

Each hero will offer their own abilities to the mix, allowing strategic battle plans to be formulated between players. These will remain simple of course, considering the 10+ age bracket on the box. The additional feats you’ll need to use to secure victory will be things like moving an extra space. Working together is the key to securing the safety of Themyscria.

With a new film, Wonder Woman 1984, coming later in the year, it’s a great time to be a Wonder Woman fan. Wonder Woman: Challenge of the Amazons is designed for 2-5 players, is down for a 45 minute play time, and should be with us in March 2020. 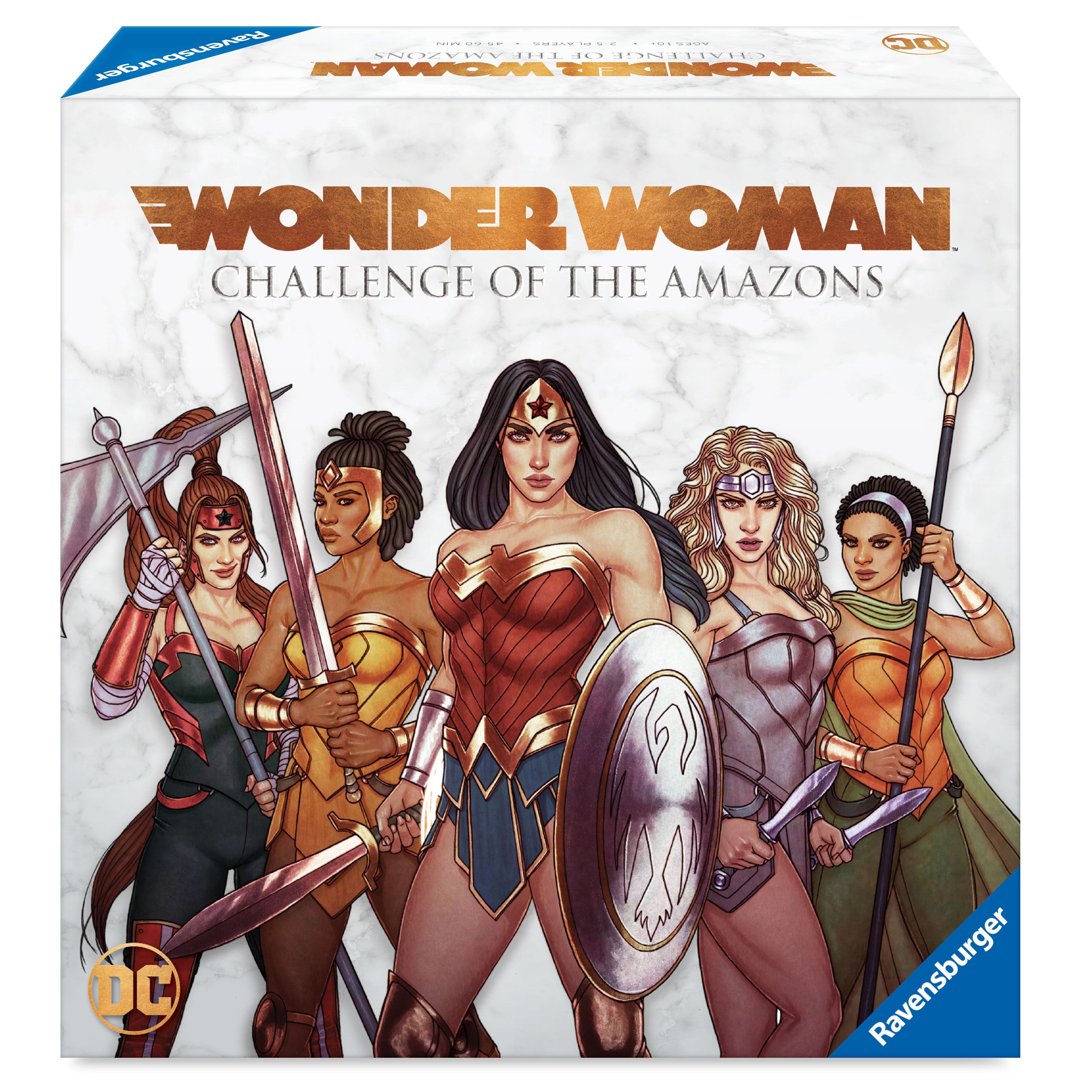