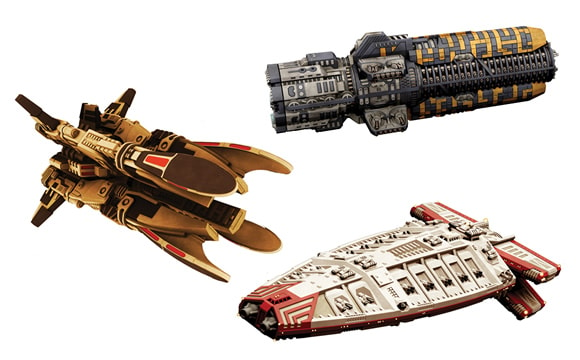 Wild West Exodus publisher Warcradle Studios has acquired the rights to several miniatures titles left in the void by the closure of UK firm Spartan Games.

Spartan closed its doors back in August, blaming challenging trading conditions and ongoing financial struggles – including a failed crowdfunding campaign for an expansion to Firestorm Galaxy – as the reasons for its demise.

Warcradle announced that it had taken control of the Dystopian Wars, Firestorm Armada and Uncharted Seas settings, including the titular games as well as their spin-offs Dystopian Legions, Armoured Clash and Firestorm Planetfall.

It’s worth noting here that Warcradle has only picked up the rights to those games, meaning that the rest of Spartan’s roster and any Kickstarted games left undelivered are still being handled by the company’s administrators.

Warcradle added that it would look at making miniatures previously exclusive to the titles’ Kickstarters available for more players, with plans to relaunch the games, develop ‘scenic products’ and introduce new organised play events in 2018.