There's so much to get through this week! There's a bit of a common theme of games being a bit lighter this week - there's not been a series of big box games to look out for - which our round up reflects, and some add a really interesting flavour to the mix.

As always, let us know if you love any of these projects, or if you backed them over on Twitter. But without further ado, let's take a look at what this week has to offer us!

Defection sees you refuse to participate in yet another war for your planet, and instead you chose to defect from the army and transport civilians to safety instead. However, conflict and competition will always follow, and you'll need to play their game to save those lives! It's a competitive pick up and deliver game for between 2-4 players, but you'll be finding ship customisations along the way, plus dice combat, all while exploring the galaxy. As a bonus, this is from Thunder Vaults Ltd, who are based in Bristol, meaning a lesser shipping cost than we often see... 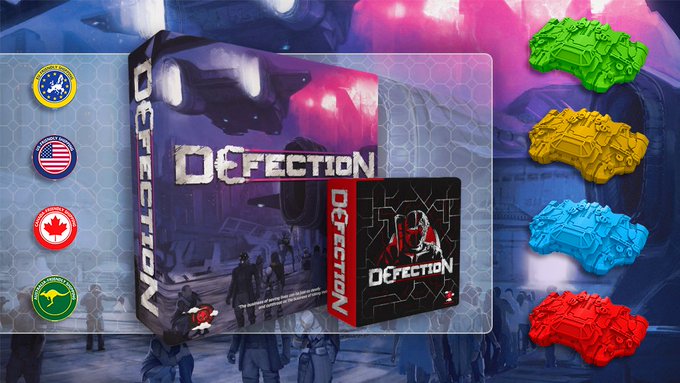 What’s the pledge to get a copy? £50, though there's notably also a pledge level named "Shippy McShipface" which allows you to name a ship in the game.

Where is it? Defect, and save those lives, over on Kickstarter

Legends of Avallen is an indie tabletop RPG inspired by Celtic Myth and Roman-Occupied Britain. You start at humbe beginnings, seeking to rise up as legends amid the uncertainty of the clash of cultures. You'll find your way by following a legendary path and learning the ways of those such as the Bard, or the Gladiator, or the Magister. Of course, you'll also be slaying terrible beasts, solving the gods riddles, and seeking lost relics. There's a lot to do, so you'd better get started!

What’s the pledge to get a copy? £20 for the PDF rulebook, and a coupon for at production cost of the hardback.

Where is it? Find your way to legendary over on Kickstarter

Fate challenges you, and you must try to outplay her - she's not going to make it easy though! You stole a prized artefact in the Deck of Wonders from Fate herself, and you're going to have to be better than those who are sent after you or want the artefact for themselves. You'll do this as a legacy expandable card game, in a solitaire format that evolves as you play. Consisting of 200 cards, it's portable and both solo and cooperative. 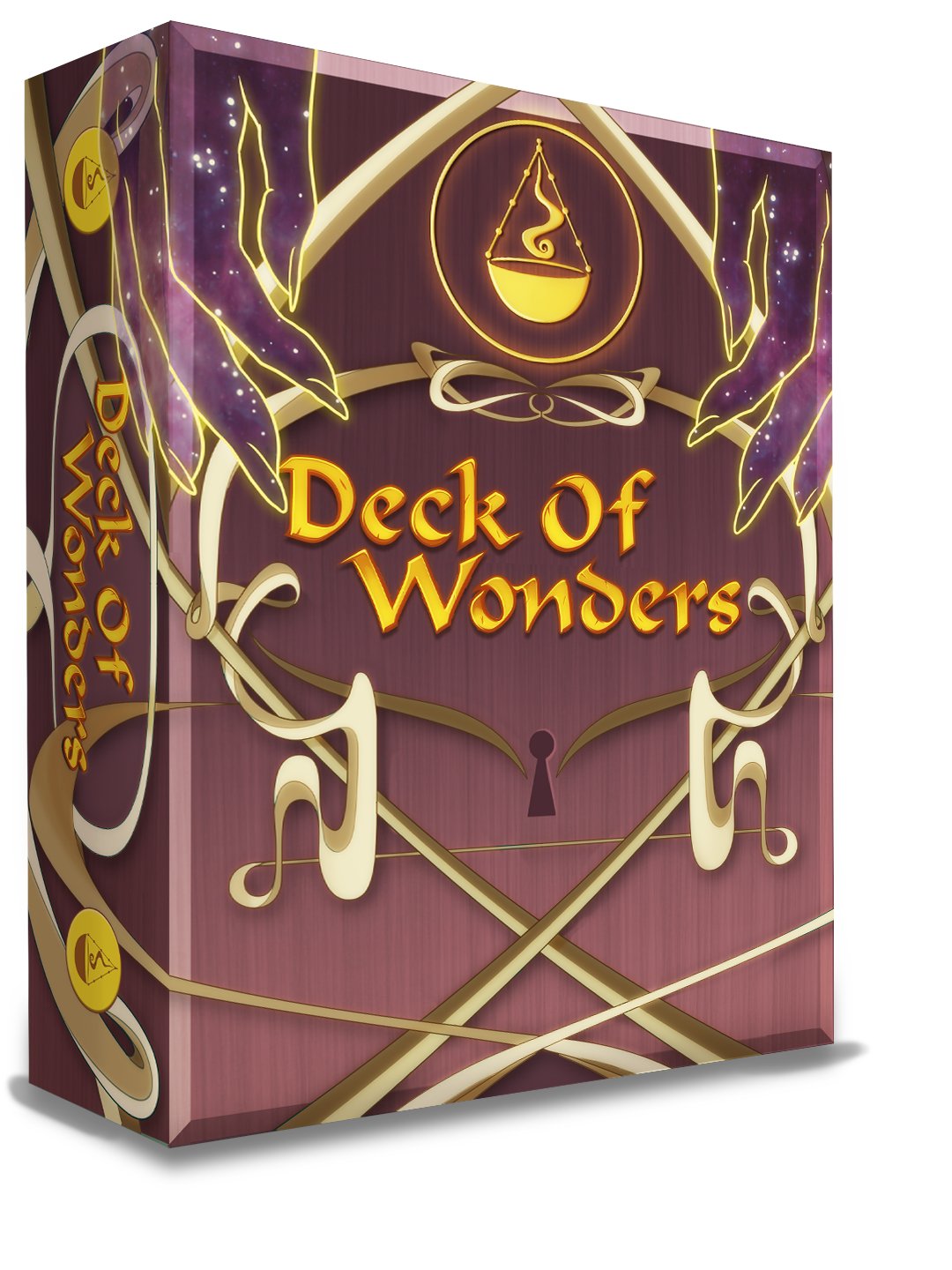 Where is it? Can you beat fate?

This is an exciting one, in Die of the Dead you'll be guiding souls back to the land of the living, as a Día de Muertos themed dice game. It's also absolutely gorgeous, clear and bright colours, and great theming, all in consult with a cultural consultant and Mexican artist. 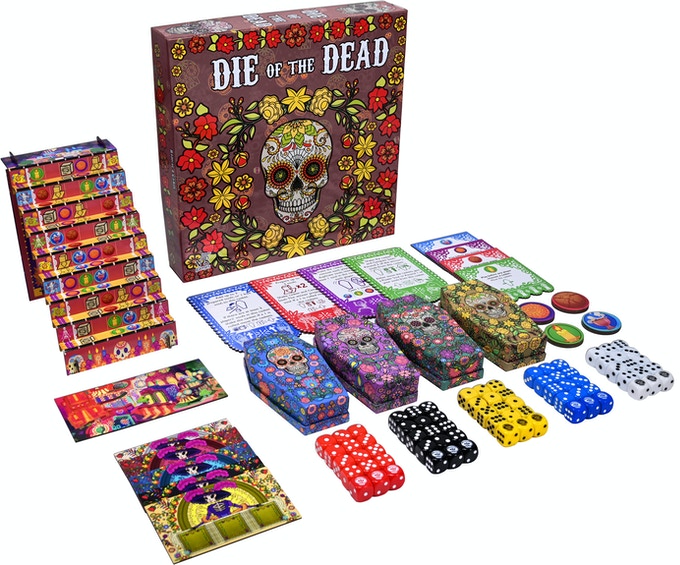 Where is it? Back this Dia De Muertos Dice Game over on Kickstarter

The Deck of Rumours

The Deck of Rumours are sign postings to build an RPG setting. In essence, they're noticeboard postings that you can use to springboard into your next adventure. The examples given are that, for example, one may be from a local farmer, asking if anyone has seen their lost cow Betsy; another might be a bounty for the local warlord causing chaos in the countryside. The prompts are wide-ranging and themed too, so you can play these in line with wherever you are in the campaign. 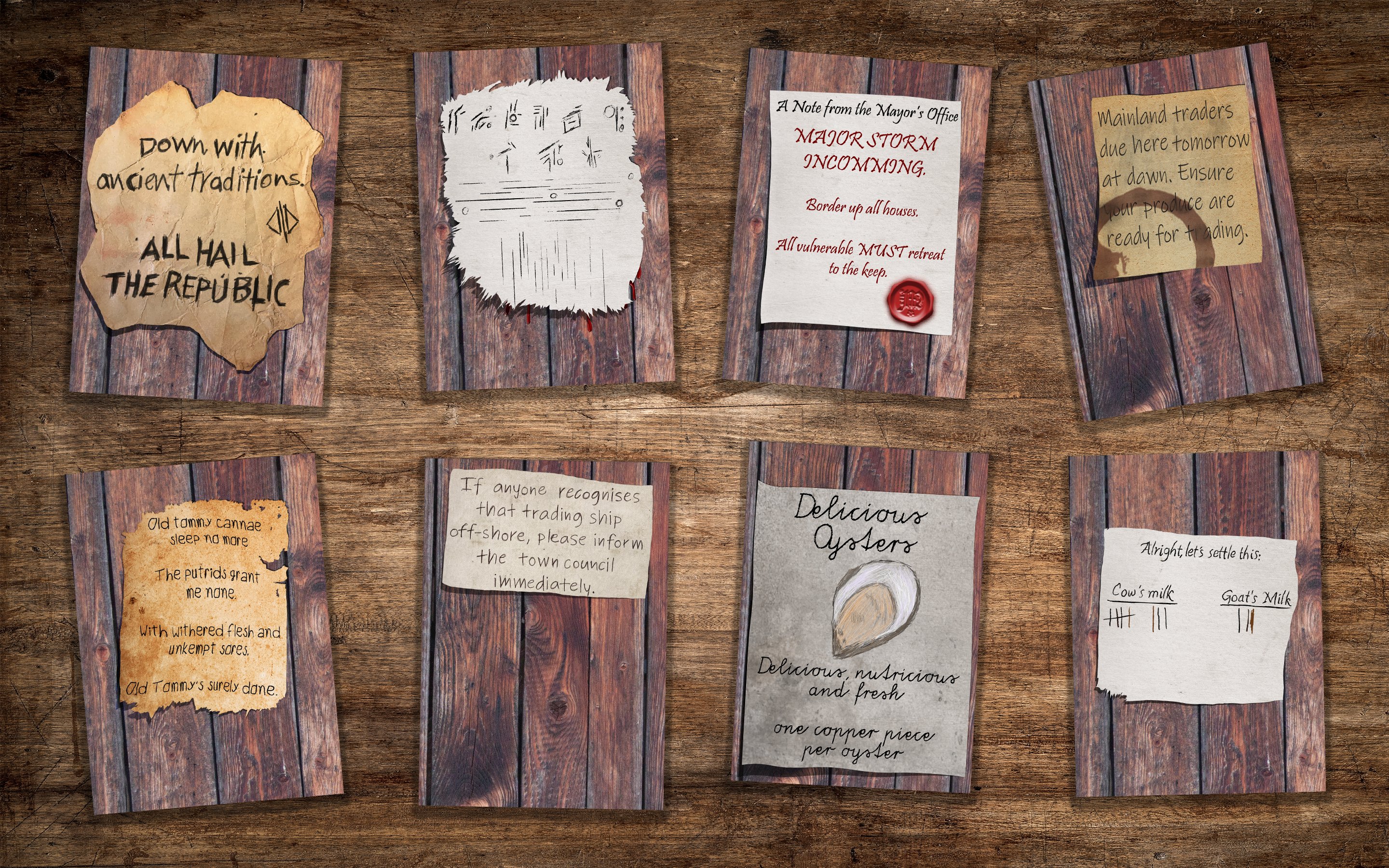 What’s the pledge to get a copy? £15 for a physical copy

Where is it? Where will your next adventure take you?

A semi cooperative game rooted in Scottish folklore, this game explores the wonderous worlds of plants growing, potions brewing and familiars. The latter you may recognise - there's a Kelpie, and a Will o' the Wisp amongst others. You'll play as rival alchemists, trying to outbrew and outmanoeuvre each other in this semi-cooperative game for 2-4 players. 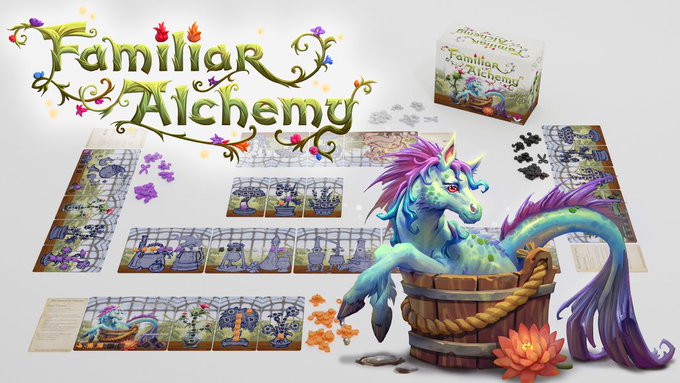 Where is it? Find Familiar Alchemy over on Kickstarter