Coming to a warzone near you.

Jackboots will be stamping across other planets in the near future courtesy of Wargames Atlantic. A newcomer to the wargames industry, they’ve recently revealed their upcoming Raumjäger (literally ‘star fighters’) infantry via social media.

Part of a new setting called Death Fields, the Raumjäger are rocking a heavy sci-fi late World War 2 German look, with short jacket fatigues, bowl helmets and what looks suspiciously like a souped-up MG42 heavy machine gun as one of the special weapons options. The models also have more than a passing resemblance to Games Workshop’s much beloved Imperial Guard (sorry, ‘Astra Militarum’) Steel Legion regiment, particularly with their fatigues painted khaki yellow in the pictures. Frankly, that’s no bad thing in our book! 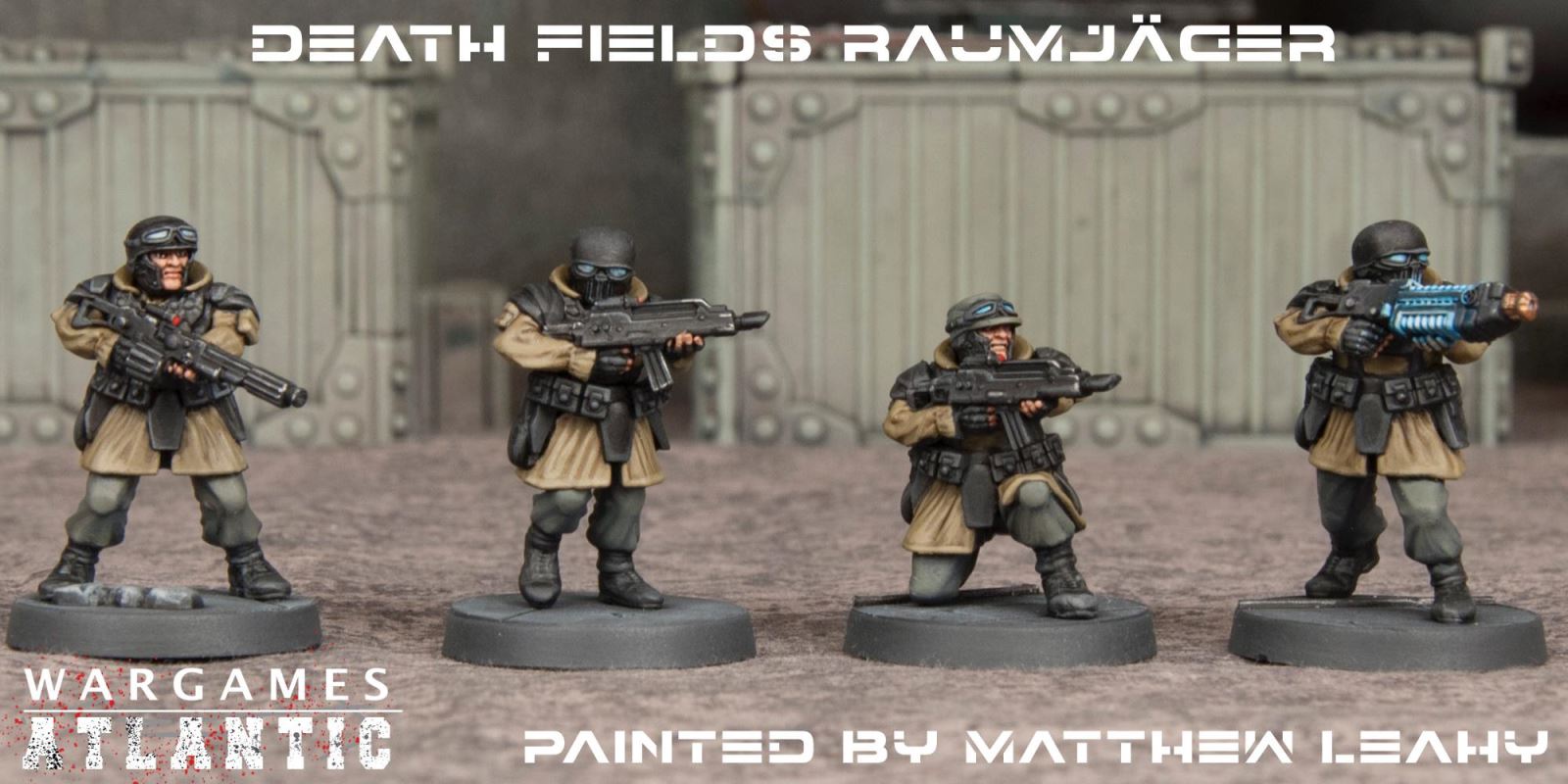 Each sprue has enough to build four models, and come with three standing soldiers, with the fourth one kneeling (something that’d make converting the boxfor use with heavy weapons quite easy). In addition to three standard assault rifles, there are also options for a plasma gun of sorts, a flamethrower and the aforementioned heavy machine gun, as well as arms throwing grenades, holding a pistol and pointing. The heads offer a range of helmeted and capped, whilst the rest of each sprue is taken up with accessories like ammo pouches and a radio comms unit. Two of the heads are female as well, which is a pretty neat touch. 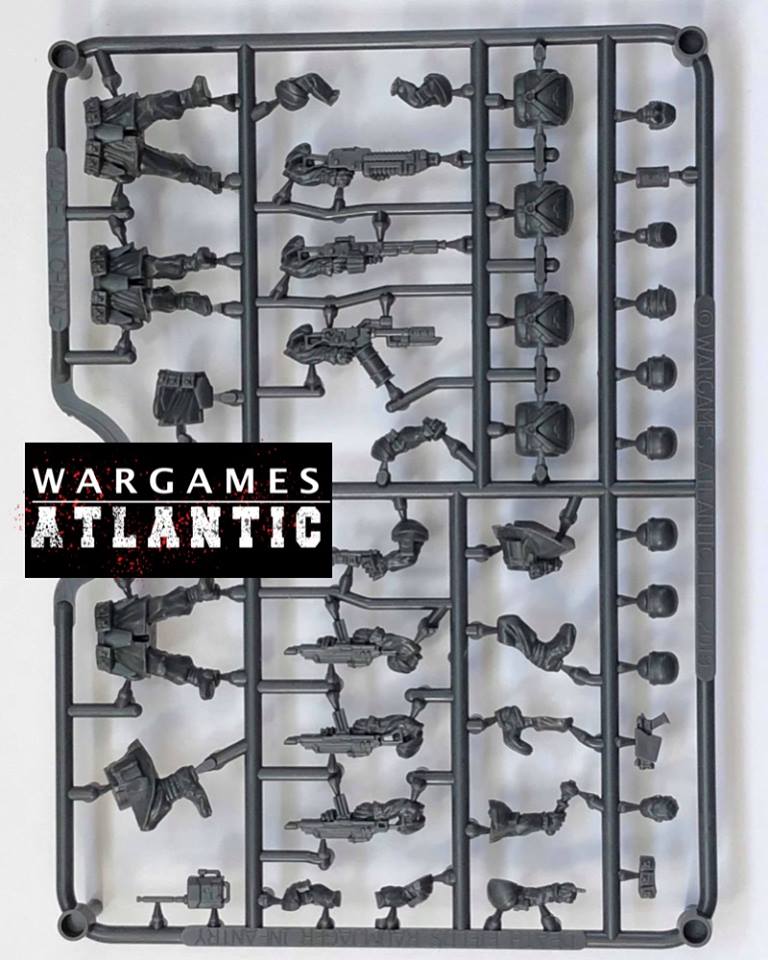 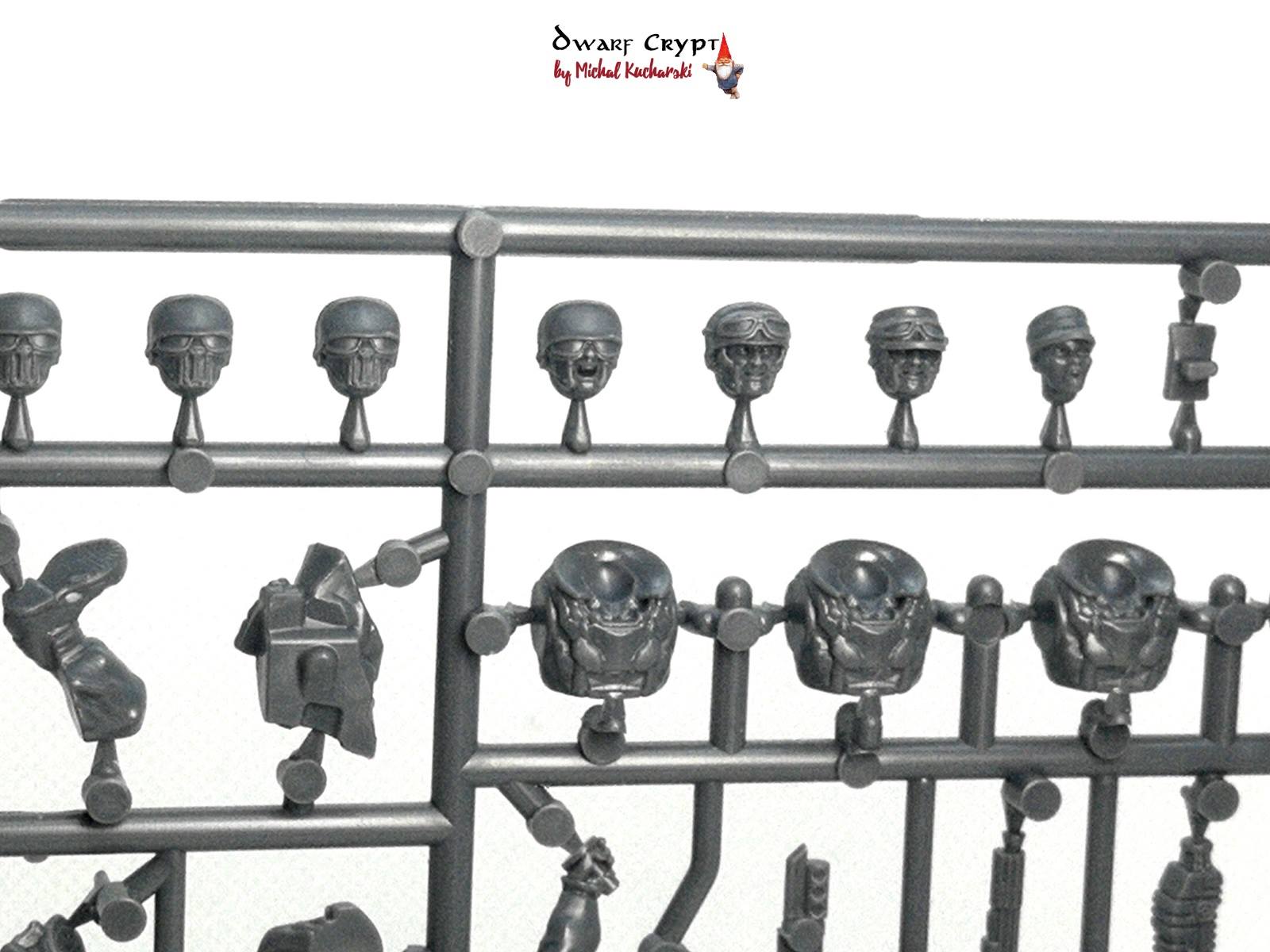 The figures are 28mm Heroic scale, and each box will contain six sprues to make a total of 24 miniatures. At the moment the miniatures have an estimated RRP of $34.95/£25 per box.

Not content with just sticking to sci-fi, Wargames Atlantic are also doing a box of some rather swanky, Harry Harryhousen-esque Greek skeleton warriors, which we mentioned in a previous post here. Completing the trinity of sci-fi, fantasy and Historical, they’re also extending into the Dark Ages and Ancient eras with a couple of as-yet unannounced box sets. Finally, the Raumjäger will be getting some opponents to face off against, though at the moment we don’t know anything more about these mysterious foes than this.

Personally speaking, I’m very excited about these guys. I’ve felt for a long time that there’s been a gap in the market for Heroic scale, reasonably priced plastic sci fi infantry, and the Raumjäger seem to fill that niche nicely. I also really appreciate the fact that the miniatures are characterful without being needlessly over-detailed; they’re the sort of miniatures you could very happily undercoat, paint a few details on like helmets, faces and weapons, and have ready to go in single sitting or so.