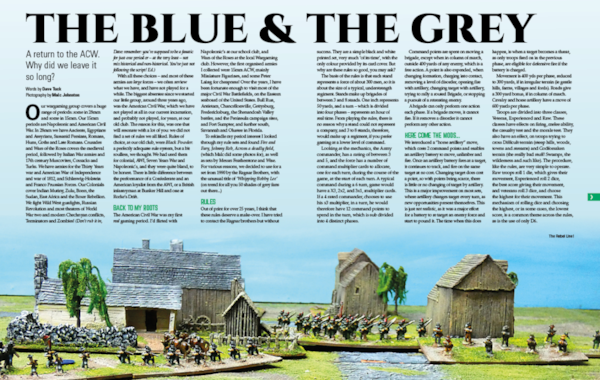 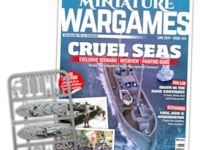 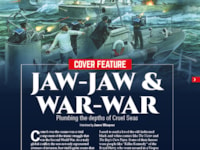 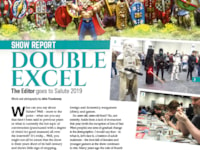 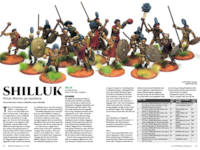 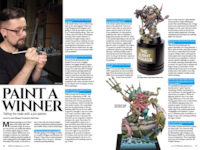 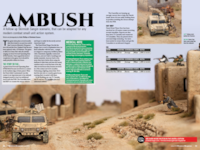 Issue 434 of Miniature Wargames is almost with us. What do we have for the readers?

We have a special  A Cruel Seas triple bill: not only two FREE models (worth £6) with a painting guide, but The Spout: a naval scenario for an alternate D-Day; and Jaw-Jaw & War-War: an interview about the origins of Cruel Seas with John Stallard CEO of Warlord Games. Guarantee your issue by pre-ordering here.

In Send Three and Fourpence Conrad Kinch gives us an interview with a new figures manufacturer Katsina Miniatures and a froggy scenario for Rangers of Shadow Deep using some of their figures.

In Shilluk we have an exclusive new African Warriors army – complete with a painting guide – for Death in the Dark Continent by the rules author  Chris Peers.

In Command Decision we have a Hastings conundrum from the Norman point of view by Jon Sutherland. In The Blue & The Grey  there’s a set of rules modifications for playing ACW in 15mm.

Ambush is a Skirmish Sangin scenario that can be adapted for any modern combat small unit action system by the rules author Colin Phillips of Dishdash games.

In Paint A Winner we have an interview with pro-painter David Soper and in On The Case James Winspear looks at the best way to pack your troops.

In Double Excel the editor writes a report on the Salute show and the Wargames Widow shows you how to make glazing units for buildings using a sieve!

There’s All the usual news and reviews. For reviews we have Fantasy Facts: with the usual look at the latest products in F&SF gaming Plastic Soldier Company;  North Star; GZG; Osprey and more! And Forward Observer with (mostly) historical wargaming product reports on Pendraken; RK Modelworks; Brigade Models; Caliver Books; and Warlord.  Finally we have Recce for a 16 book reviews. And the free Club Directory!

Pre-order your copy and guarantee your two Cruel Seas models by clicking here - postage is free in the UK!