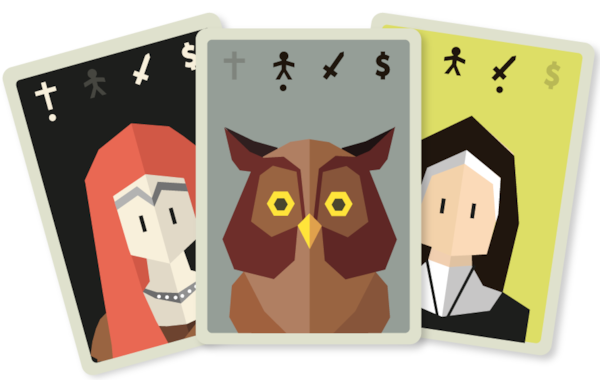 Citadels designer Bruno Faidutti and Skull creator Hervé Marly are teaming up to bring hit phone game series Reigns to the tabletop as a board game.

If you’re unfamiliar with Reigns, it’s a lighthearted mobile game that plonks players in the comfy throne of a medieval monarch.

Dealing with a constant stream of requests and problems in the kingdom comes down to swiping left or right like Tinder, trying to balance your ruler’s religion, people, military and money to last as many years on the throne as possible (and not die, which is always a plus).

Reigns was followed by a sequel, Reigns: Her Majesty, as well as a Game of Thrones spin-off.

Now, the series is coming to the tabletop as Reigns: The Council, a board game co-designed by Faidutti and Marly in their first collaboration.

The Council stays faithful to the decision-making of the other Reigns games, with one person acting as the monarch and the rest of the table throwing up dilemmas as their advisors.

The monarch chooses which proposals they accept or reject to keep their kingdom balanced, but the advisors can also plot against their ruler to pursue secret goals – if the current ruler fails to keep the church, army, peasants and treasury in check, they’ll be replaced.

Reigns: The Council will play with three to six people, although there’s no word on how the play time will compare to the snappy mobile app.

Expect to find it on Kickstarter later this summer. 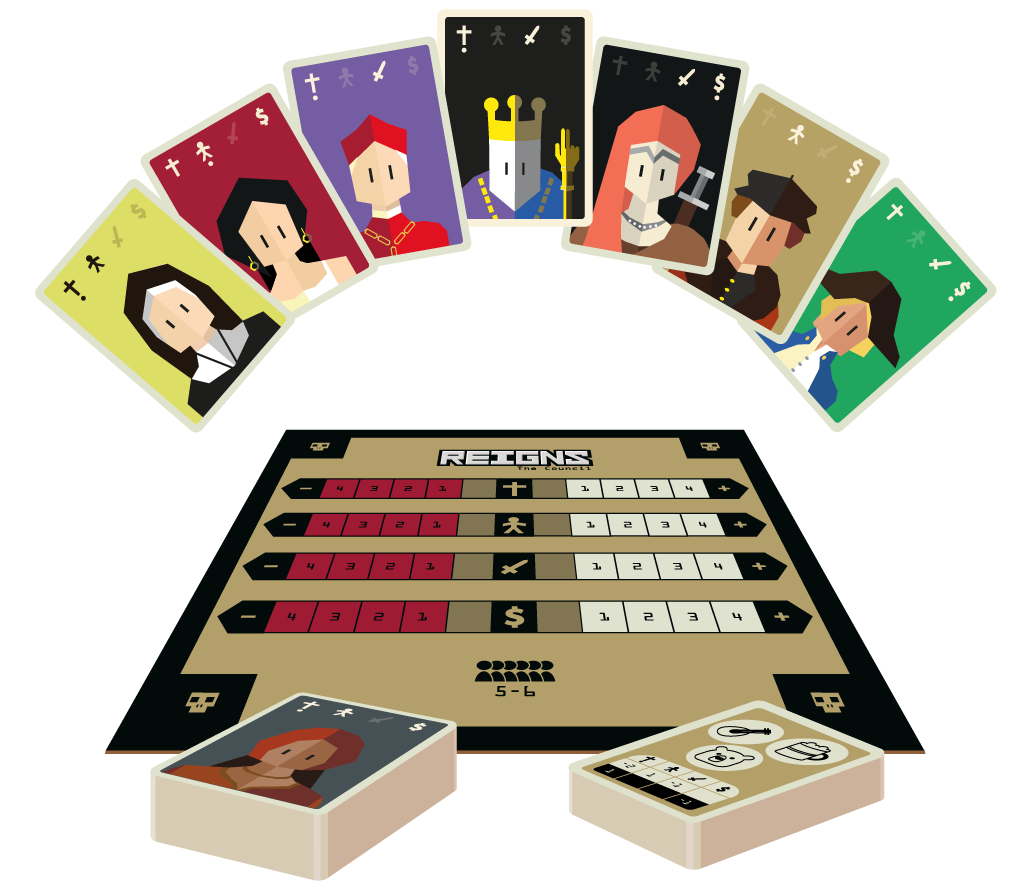