The Witcher tabletop RPG, from Cyberpunk 2020 creators, has a release date 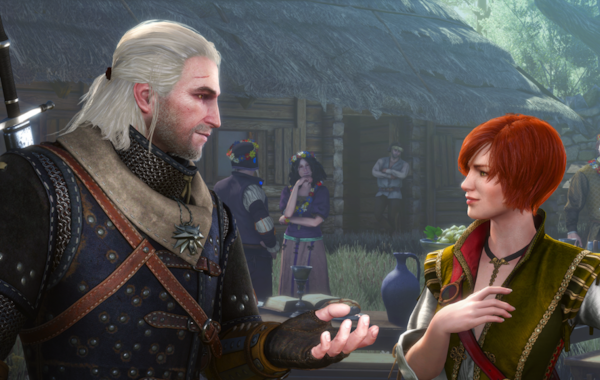 Adaptation of book and video game series announced in 2015

The Witcher Roleplaying Game, based on the hugely successful series of fantasy books and video games, finally has a release date.

The adaptation of Polish author Andrzej Sapkowski’s novels – which were later turned into a trilogy of acclaimed PC and console action-RPGs – was first announced in mid-2015 by R. Talsorian Games, the creators of the Cyberpunk 2020 and Mekton tabletop RPGs.

Heading up design on the title is Cody Pondsmith, son of Cyberpunk designer Mike Pondsmith, who previously told Tabletop Gaming (read the full interview in issue 11 of the magazine) that he had aimed to capture the feeling of the combat in video game The Witcher 3: Wild Hunt while using a version of the systems that powered Cyberpunk. Mike’s dystopian sci-fi classic is currently being adapted into a video game, Cyberpunk 2077, by The Witcher developer CD Projekt Red, which requested the use of the original framework in the tabletop translation of its fantasy RPG.

“It's been an interesting process, because one thing that hadn't really been thought of a lot was the fact that Cyberpunk, being a near-future game, is very reliant on guns and ranged weapons and most of its systems reflect that,” Cody said. “Transferring that sort of system over to Witcher suddenly takes it into a world that's based very, very heavily on effectively melee combat with some ranged combat. Bows, crossbows and throwing knives are pretty much what you're going to get. It's also a system with magic.

“There's been a tremendous amount of work that's gone into tailoring a primarily gunfight-based system into a very solid melee system. Including a lot of work emulating parts of The Witcher 3's combat system with its strong and light attacks and its patented dodge rolls and whatnot. Also implementing a critical wound system that I'm very pleased with to kind of give you that ugly brutal visceral feeling that you get in the books and in the video games. Limbs lopped off and organs wounded and things like that. There was quite a bit that had to change in just little ways that you wouldn't necessarily expect at first to make it really fit the feeling of a more sword and sorcery-type setting. There's a lot that went into changing around that system, including a lot of work on basically building a magic system for the setting that would feel appropriate. There's definitely some interesting changes that had to happen when taking one system and kind of fitting it into another setting.

“I didn't really pay much attention to the adrenaline system in Witcher 3. When we transferred things over to the RPG, because I wanted to be about as faithful as I could, I had to sit down and solidly look at the adrenaline system and transfer it into a dice-based system that could be used in the RPG. Which definitely brings it from effectively something most people would never visually see except for maybe a few bars in a corner and some damage calculations that they might never see into something that – if you choose to use it, as it's set up as an alternate system if you want to get a more visceral combat system – you have as part of your game. Something that you refer back to every once in a while as a core part of combat.”

Cody added that although the gameplay aspired to the video games, the tabletop RPG was most closely inspired by Sapkowski’s original books.

“Because while we feel there's a lot of good stuff to be drawn from the video games and we want to draw from the video games as much as possible, talking to both Polish fans and people over at CDPR and our experience, the books are the core source material and we want to incorporate as much of them as possible because that's where this all came from – that is the core way down at the bottom of the Witcher franchise,” he explained.

“So it's a balancing act of basically us trying to stay true to the games and get the feel of the games, because we know that a lot of our fans will have played the games more than they will really know about the books.”

R. Talsorian has now announced that The Witcher RPG has completed development and been sent to the printers, with a release expected at Gen Con this August for the physical book – a digital version will be made available online around the time of the convention, with the physical edition subsequently up for purchase directly from the publisher’s online store.

The studio also offered its first glance inside the tome – take a look below. 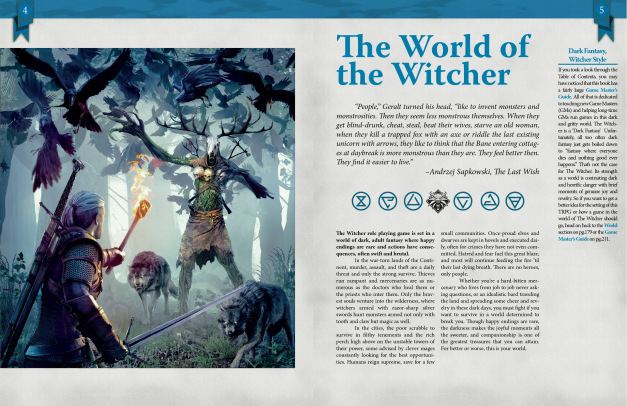