The Great Wall by Awaken Realms comes to Kickstarter 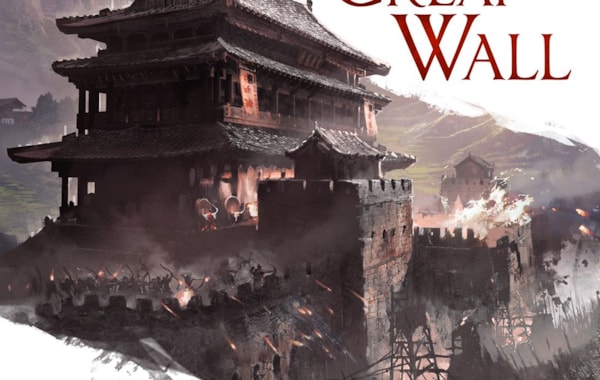 Awaken Realms goes big with their most recent Kickstarter: The Great Wall. The game looks to be a worker placement game with various phases. Initially players will be placing workers to gain resources and troops, who can then be deployed to the front line of the wall itself. Next we see players fighting against Mongolian hordes, as you do and gain honour while doing that. And finally, once players have collected honour and the other spoils of war, these can be pooled and used collaboratively to create more wall.

Naturally, this part means adding another stack to your wall, which is used to separate “in” and “out” of the board. It’s an interesting idea, and actually puts us in mind of a tower defence kind of game – although, with a lot more moving parts. There is an element of engine building in the game too with powerful standalone cards set to enhance your chances in battle.

This is the first time that Awaken Realms has attempted this kind of worker placement game, so it will be particularly interesting to get our hands on and see how it has turned out.

The miniatures themselves look extremely detailed, which is what we would expect from the creator of Nemesis. The models shown on the Kickstarter aren’t final of course, but it seems Awaken Realms are making all the figures as ancient China as we could hope.

The game is said to ship in October 2020, but as we know with any Kickstarter, it’s always difficult to pin these things down. Either way, it’s going to be quicker than the 200 years that the real Great Wall of China took to knock together.

Pop over to The Great Wall Kickstarter page to pledge and see what’s in the box!