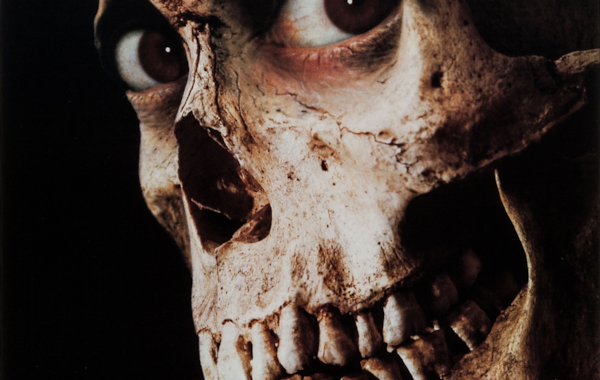 Jasco vows to give empty-handed Kickstarter backers a copy

Thousands of Kickstarter backers who put hundreds of thousands of dollars towards a board game adaptation of cult horror movie Evil Dead 2 only for the project to be plunged into chaos might finally get their game. Well, sort of.

Space Goat Productions raised over $700,000 for Evil Dead 2: The Official Board Game in mid-2016, originally telling the campaign’s more than 6,000 backers to expect the game to arrive by the end of the year.

However, the game suffered troubled development, leading to the project being delayed multiple times and leaving backers empty-handed, even as Space Goat launched another high-profile movie board game Kickstarter – The Terminator – in early 2017. The two campaigns together raised more than $1 million.

Despite the success of the crowdfunding, Space Goat announced that it was struggling financially to fulfil either project, eventually launching an equity crowdfunding programme earlier this year to try and deliver the games to backers.

The campaign was later openly deemed a “failure” by Space Goat founder and CEO Shon C. Bury, who announced he was considering other options and told Tabletop Gaming that neither game had been cancelled, despite reports from some retailers that the games would not be released.

Almost two years after Evil Dead 2 was originally meant to arrive with backers, and with the outcome looking grim for the game, another publisher has stepped in to try and finally finish the project.

Universal Fighting System and Buffy the Vampire Slayer: The Board Game studio Jasco Games announced this week that it had “created an initiative to help the gaming community at large” – the most significant upshot being its plan to “revive” Evil Dead 2.

Jasco CEO and founder Jason Hawronsky said that the publisher would launch a new Kickstarter campaign for an Evil Dead 2 board game, created by the team behind Buffy at Lynnvander Studios. Lynnvander is also working on a tabletop adaptation of Evil Dead 2 sequel Army of Darkness that isn’t related to Space Goat’s take on its predecessor.

Jasco’s own Evil Dead 2 game will distance itself somewhat from Space Goat’s project, with the lack of rights to the original game meaning a completely new game will be created. However, some of the components and “original elements” will find their way into the replacement.

Most significantly, Jasco has vowed that for every copy of its Evil Dead 2 board game sold through the upcoming Kickstarter – if successful – it will donate a copy to an existing backer of Space Goat’s campaign.

“We will be bringing this game back to life, as fitting as that statement is to this property,” said Hawronsky, with Jasco’s announcement statement adding: “All the partners involved will be working diligently over the next few quarters to make sure a top quality Evil Dead 2 game gets made and fulfilled to all the backers!”

No date has been given for Jasco’s Evil Dead 2 Kickstarter.