That’s a Question! could be the next big party hit from the creator of Codenames 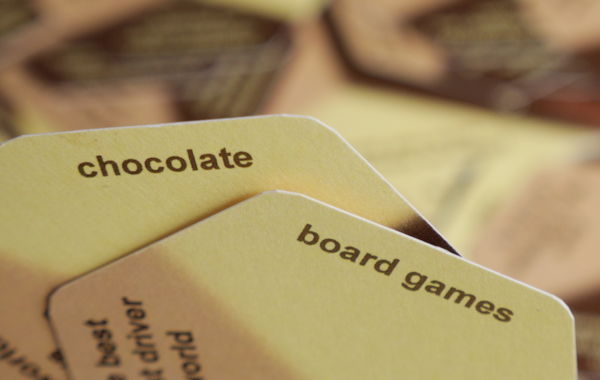 Codenames is undoubtedly one of the greatest social games to emerge in the last few years, so the announcement of a new party title from designer Vlaada Chvátil is something to get very excited about indeed.

Tentatively titled That’s a Question!, the game involves asking your friends challenging questions and offering them one of two potential answers.

The questions and answers are featured on three-sided cards and must match colours to form the complete query – for example, would you prefer to be invisible or read minds? Or what would you miss more if it disappeared forever: Facebook or doors?

Everybody else votes on what they expect your answer will be, with a bonus token offering the chance for a triple score if you’re absolutely certain.

Guess correctly and you’ll advance up a central scoring track, which at the moment seems to feature moose-head meeples and a board set in grassy mountains – although bear in mind the game is still a prototype for now.

The person who asked the question moves ahead for each person who chooses poorly. Passing specific spaces means getting your triple-score token back, but also means you can be asked questions again, meaning everyone gets asked the same amount of questions depending on the size of the group.

Like Codenames, That’s a Question! sounds simple in concept but has the potential to be a real blast among friends and family. Publisher Czech Games Edition, which also brought out Codenames, told us that it is currently aiming at a release in October for the game, but added that nothing's for definite just yet.