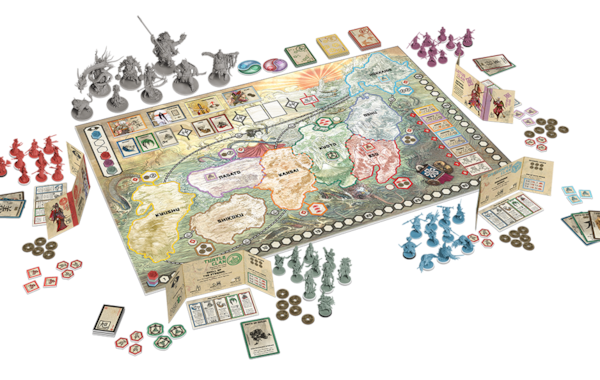 We already know that last year was the biggest 12 months to date for games on Kickstarter, but now we have a few more details on how tabletop projects specifically fared on the crowdfunding platform.

Kickstarter previously revealed that 2017 had been the best year on record for the entire games category, which covers both tabletop projects and video games, but what we didn’t know is just how much the tabletop is dwarfing its digital cousin.

The entire games category saw 7,033 games launched during 2017, with 2,997 successfully hitting their target and going on to collect $172 million in pledges from backers.

Of those 7,033, Kickstarter’s head of games Luke Crane told us that 3,431 were tabletop projects – meaning that just under half (49%) of all games campaigns were for tabletop, with the remainder pitching video games.

However, the scales swing in the other direction when it comes to projects that hit their goal, with 2,106 of the successful campaigns attributed to tabletop games – just over seven out of every ten fully funded.

Tabletop campaigns saw $142.8 million pledged, with $138 million collected by successful campaigns. (Failed projects don’t take any money from backers, it’s worth quickly noting.) That means that the tabletop accounted for 83% of all the money pledged to games last year and an even bigger slice – 85% – of the $163 million successfully raised by games as a whole.

Crane confirmed that as well as being a bumper year for the overall games category, last year saw more tabletop campaigns launched and more successful projects than any year to date, with more money pledged and collected by tabletop projects than ever before.

With so many games finding their way into players’ hands through Kickstarter alone, it’s perhaps little surprise that more games than ever are getting lost in the crowd, with the CMO of mega-publisher Asmodee recently estimating that ten new games were released every day and “games that would have been successful two years ago are being completely forgotten today”.