Stuffed Fables designer: ‘I would love to bring Mice & Mystics to game-inside-book format’ 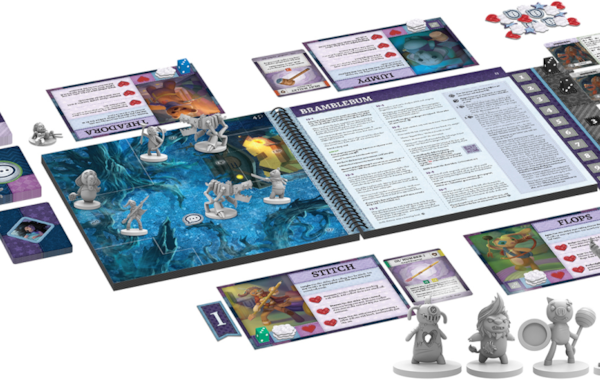 ‘I don't look at it as an end for Mice & Mystics. It might be an evolution,’ says Jerry Hawthorne

The creator of Mice & Mystics has insisted that his next storytelling game doesn’t mean he’s moving on from the beloved fantasy adventure series.

“I don't look at [Stuffed Fables] as an end for Mice & Mystics,” Jerry Hawthorne told Tabletop Gaming. “It might be an evolution.

“I approached this as its own separate project. It's a whole new game system that I created so that I could tell stories like this. But the similarities it has with Mice & Mystics are a natural comparison because the game is also a story. I don't know of any other games out there that really do as heavy storytelling as Mice & Mystics and now Stuffed Fables. You really are playing inside of a storybook.”

Stuffed Fables is the first instalment in publisher Plaid Hat’s ‘AdventureBook’ series, which combines the game’s instructions, narrative and playing area in a single storybook that is laid flat on the table and used as both rulebook and board.

While Hawthorne revealed that he currently has no plans to follow up Stuffed Fables with future instalments as he did with Mice & Mystics’ additional ‘lost’ chapters and expansions, the designer said that he hoped to explore the unique format with future games – including those that might go beyond the family-friendly tone of Mice & Mystics and Stuffed Fables.

“I don't currently have any plans to do a sequel to Stuffed Fables,” he said. “I've had some people already asking if I'm going to do one where the central character is a little boy so you can get a little boy's perspective. I have no plans right now for that. I'm more in the moment right now and not trying to plan out too far, because I think that I can create better games if I keep my mind on what I'm working on right now.

“Once you learn how this game system works, you could pick up and play an AdventureBook game in any setting and the mechanics would have the flexibility to adapt to all of those settings. You could be playing a space version of an AdventureBook game or even a dark theme or an adult theme, it doesn't have to be always about stuffed animals or mice or whatever.”

However, Hawthorne added that he would still jump at the chance to continue the tale of his 2012 hit in an AdventureBook at some point in the future.