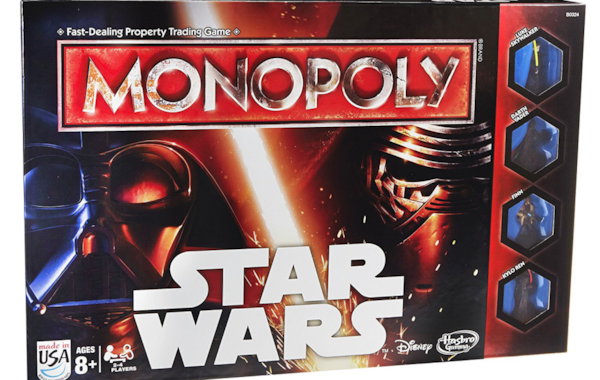 More than a year and a half after Hasbro was criticised for leaving Star Wars: The Force Awakens’ Rey out of its latest Monopoly spin-off, the lightsaber-wielding hero is still yet to appear in the board game.

Controversy was sparked in early 2016 after it was noticed that the new edition of Star Wars Monopoly, updated to reflect the release of Episode VII at the end of 2015, featured four male characters – Finn, Kylo Ren, Luke Skywalker and Darth Vader (who doesn’t appear in person in The Force Awakens) – but not the lead protagonist of the latest movie.

Hasbro initially claimed that Rey was left out of the game, released in September 2015, to avoid possible plot spoilers about the upcoming film – despite the fact that Rey was included in various other games and toys based on The Force Awakens, and that the narrative of Episode VII isn’t overly similar to the act of moving around a board and buying property.

Upset players took to social media, with a handwritten letter by eight-year-old Annie Rose Goldman helping to set the hashtag #WheresRey trending in an effort to raise awareness of the oversight.

Hasbro eventually responded at the beginning of January 2016, vowing to include Daisy Ridley’s character in future editions of the game.

Despite the promise, Rey is still absent from the Star Wars Monopoly boxes available on shelves today – but, apparently, copies of the game with the hero in do exist.

Hasbro told the AP that the updated edition was released to shops around the world, but “insufficient interest” had led to retailers deciding not to sell the newer version.

The publisher added that those looking for a copy of the game could call its customer support line and specifically request the edition featuring Rey.

“They didn’t keep their word,” said the now 10-year-old Goldman, calling the proposed solution “an awful lot of trouble to go through”.

Presumably, a new Star Wars Monopoly will be released later this year to tie in with the next Star Wars film, Episode VIII: The Last Jedi, which also stars Rey. Whether the lead hero finally makes it into the game, though, remains to be seen.