Shut Up & Sit Down Collaborate with Big Potato Games! Here's some exciting news for the weekend, our ever favourite Shut Up & Sit Down have collaborated with the party game Kings Big Potato Games, to release their own version of Dont Get Got!

The game is all about completing secret missions, with 140 brand new missions created by the Shut Up & Sit Down team. You can play anywhere and over any period, with six secret missions you'll need to complete - it's the first to three missions to be completed, but these can happen at any time, with the original offering an impressive duration of between 30 minutes and three days!

As an example, within the original game you may receive cards that require you to get a player to tie a knot in a balloon, or you may need to hide the card on a player without getting caught. In the new version, you're looking at challenges such as below - mention a song. Later, have that song play in the background. If a player comments on the coincidence, they got got. 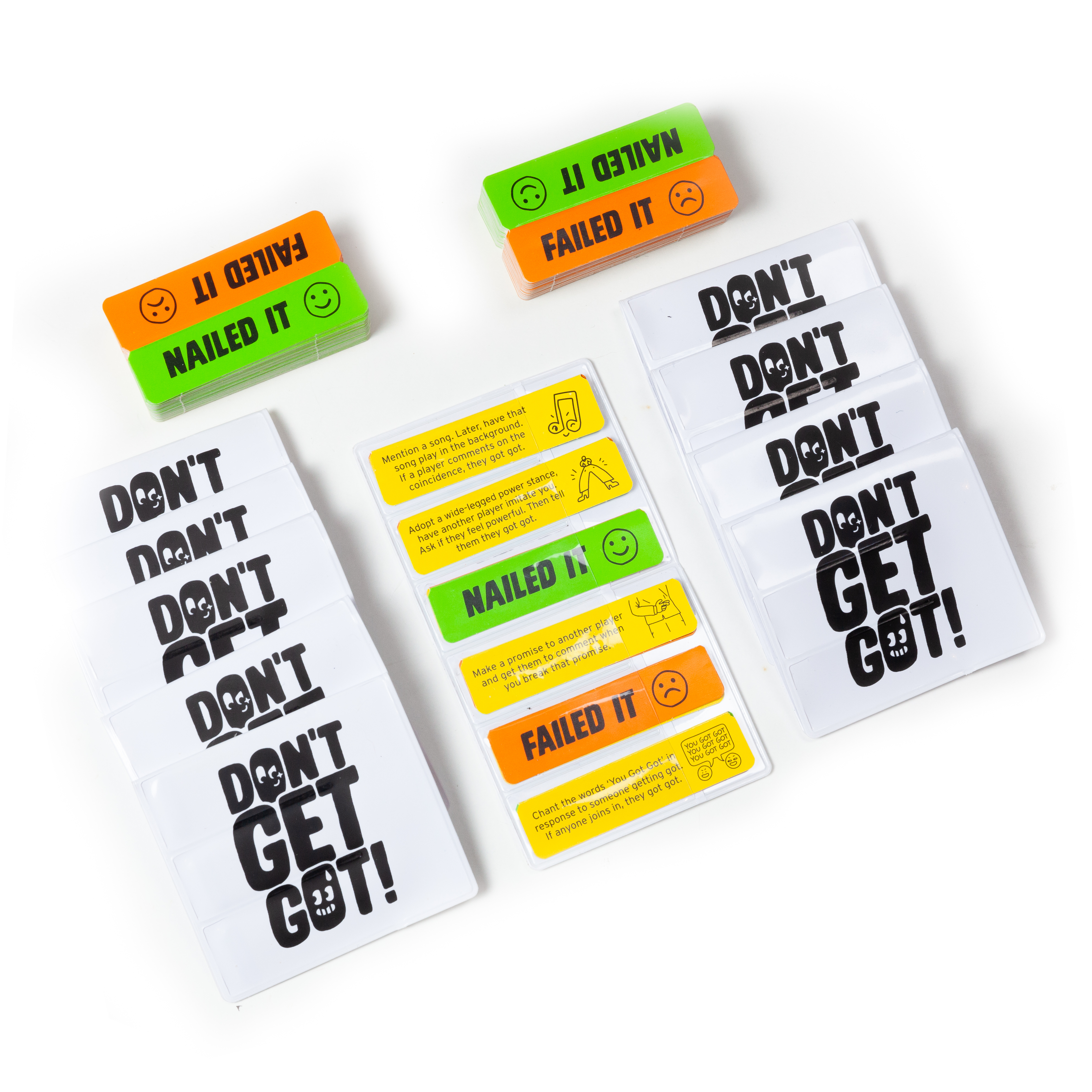 Speaking of which, this all originates from a Shut Up & Sit Down video where they used toy wrestlers to review the original game, recommending it in full, and accepting the chance to create a new set

The game will go onto Kickstarter from today (Friday October 16th) and will run until the 15th November. It'll be £20 for a base pledge to receive the brand new missions, with additional stretch (labelled stretchy!) goals added as the campaign progresses. These are purposely being kept secret for now, but represent a nice surprise if hit.

James Vaughan, the brains behind Don’t Get Got, said of the new version and collaboration that "some of the missions they came up with were so sneaky, it made me think, “Damn, why didn’t I think of that?”"

If you want to get your hands on a copy, head over to Kickstarter today!