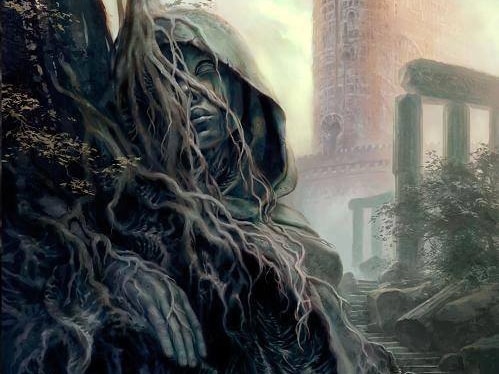 Publisher says it will reassign leadership of Kickstarted title

Roleplaying game outlet Green Ronin Publishing has distanced itself from one of its writers in the light of recent sexual harassment allegations.

C.A. Suleiman was accused of sexually harassing multiple female attendees of horror convention StokerCon as part of a thread on RPG.net discussing sexual harassment in the roleplaying industry. The board of Horror Writers Association, which runs the event, later permanently banned the author from attending future shows.

Responding to the thread on October 30th, Green Ronin co-owner Nicole Lindroos said that the studio would continue to work with Suleiman on tis Kickstarted post-apocalyptic RPG The Lost Citadel, which is currently in development and due for release next April.

“No, I am not ashamed of this fact nor do I think it makes me a hypocrite or someone who cannot be trusted on the issue of sexual harassment,” Lindroos wrote. “No, we are not backing away from that. I did my due diligence on this.

“I did more research on this than I've done on any other company or individual Green Ronin has worked with in the almost 18 years we've existed. I spent months untangling truth from rumor and fact from incidents that had been conflated and exaggerated and passed around as "known." I spoke with former co-workers, with women who have worked with him more recently than 1999-2004, with people who previously employed him and supervised him. I came away with a dozen testimonials to his conduct of today from women who have worked with him without problem and continue to do so, and from trusted men who worked for him or vice versa and who testified to his personal and professional growth in over the last decade. I addressed the subject with Suleiman directly, bluntly even, and at length before deciding to go forward.”

Lindroos recounted her own experiences of sexual harassment while working in the roleplaying industry, saying: “I have woken up in a convention hotel bed with a "colleague" pumping away on top of me. I have been groped, pinched, kissed, and picked up and carried off by men without my permission.”

She concluded the post by pledging her support of Suleiman.

“It is with the full force of that experience and with my very public history of working loudly and fiercely on behalf of women in the business that I have been and will continue to be vocal in my support of CA Suleiman,” she stated.

“I do so deliberately and having given the subject the kind of thorough deliberation and research I usually reserve for presidential candidates. You can tell me you don’t like him, that you find him arrogant, ambitious, dismissive, that he’s “an insufferable dick” (as one woman put it to me), that he’s “difficult”. I have known and worked with the man and he has at times been all of those things but that doesn’t make him an abuser, a harasser, a predator, or a threat. He is not.”

Green Ronin contractor and Nisaba Press line manager Jaym Gates put out her own personal statement about the situation on Facebook on November 7th.

“As I have known Suleiman for a while and we have had our differences professionally, I have held him to a high standard, and have seen vast growth and a desire to become a better human,” she wrote. “At the time of my initial statement, that was all the information I had. I have not yet had anything but third-hand information regarding the new allegations, and so do not feel I can comment in a fair and honest way. I have spent nearly a decade on the front lines of the industry harassment issues, and am approaching this with all of that awareness and caution.”

The following day, Green Ronin’s leadership – Lindroos and fellow co-owner Chris Pramas, with production and art director Hal Mangold – issued a joint statement about the ongoing allegations, rebutting those who had criticised the company for not issuing an official response by saying: “We were in the midst of an internal investigation and had decided nothing as yet when this was taken to the court of public opinion.

“There is a lot we could say about the events of the last few days and the recklessness with which people who have no connection to the incident or even the game industry have acted, and perhaps later we will, but here is the point. Green Ronin is a progressive company, full stop, and loudly so. One need look no further than our games or the causes we support through charitable giving to see that this is so. If someone brings allegations of sexual harassment to our doorstep, you’d better believe we take it seriously.”

The studio went on to confirm that The Lost Citadel was the only project in the works with Suleiman attached, and that it would still be published as an obligation to its Kickstarter backers.

“We will be assigning someone else to oversee the project moving ahead, however, and we will not be working with CA on any future projects,” it added.

Green Ronin also responded to suggestions that Suleiman had been involved with a talent search for women and non-binary writers earlier in 2017, clarifying that the accused author had “never” been part of the process, which was instead led by Lindroos.