From Mythos to Tatooine 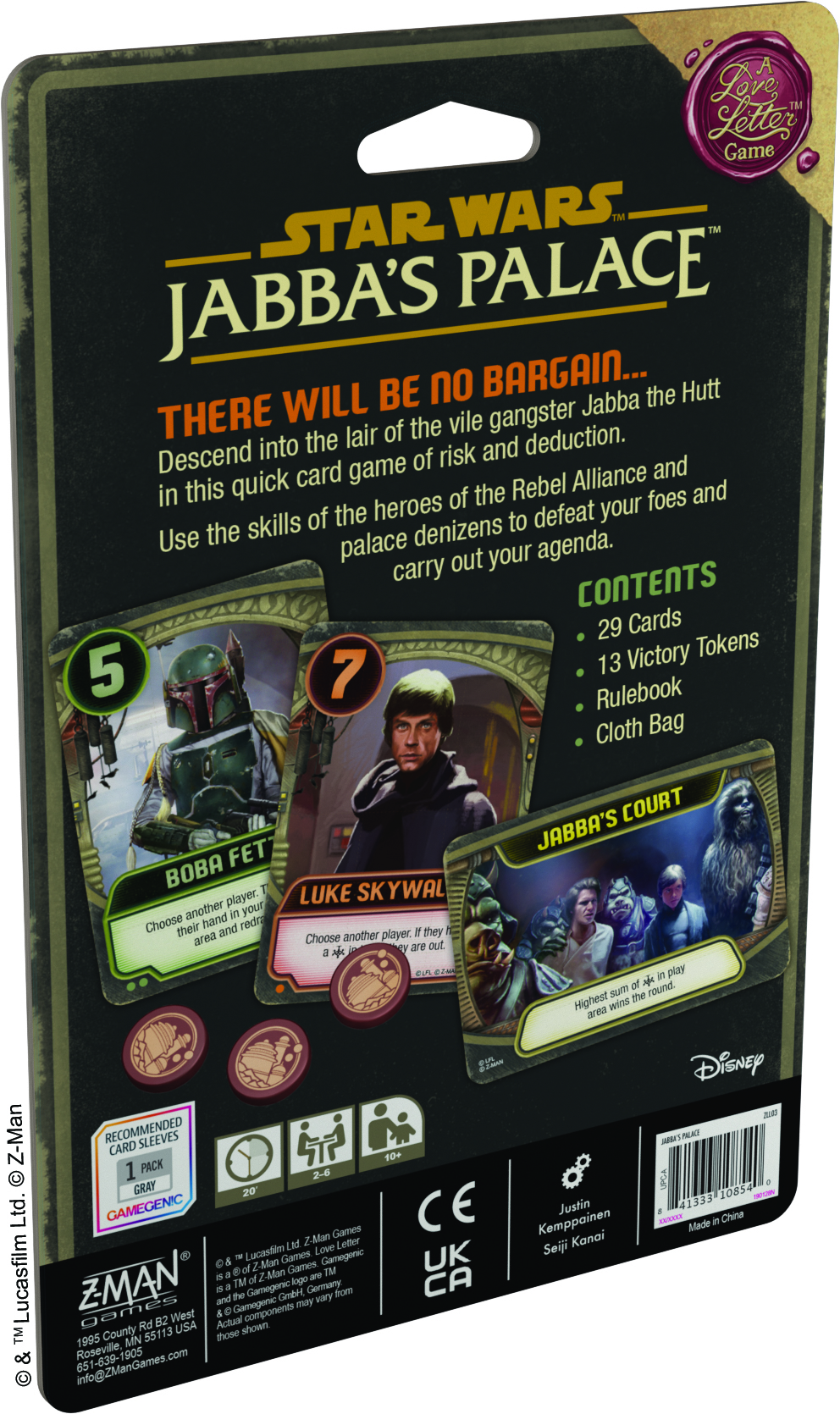 The game will be available at retail in early 2022, with a price of $14.99 (the exact conversion to other values has not been confirmed), and will offer a familiar card deck and pouch of tokens. Players can use abilities from the Rebel Alliance and Jabba's Crew to outlast the others, with a series of familiar faces - Luke Skywalker, Boba Fett, Salacious Crumb, Jabba the Hutt, Lando Calrisian, and many more. However, new twists to the Love Letter format can be found in the Agenda Cards. These will offer new win conditions, forcing you to consider your strategy even further.

The example given of these is the Exhalted One, which awards the player holding the highest number in hand. However, this can be quickly changed, as those like Jabba's Court and Rescue Mission will award the victory instead to the player with the most Palace or Rebel cards in the play area.

This of course is not the first foray into a licensed franchise from the original Love Letter game however, as previous versions have included Lovecraft Letter, a Cthulhu themed version, as well as Infinity Gauntlet, a Marvel Thanos centric version.

You can pre-order Jabba's Palace from FLGS' now, for release early next year. 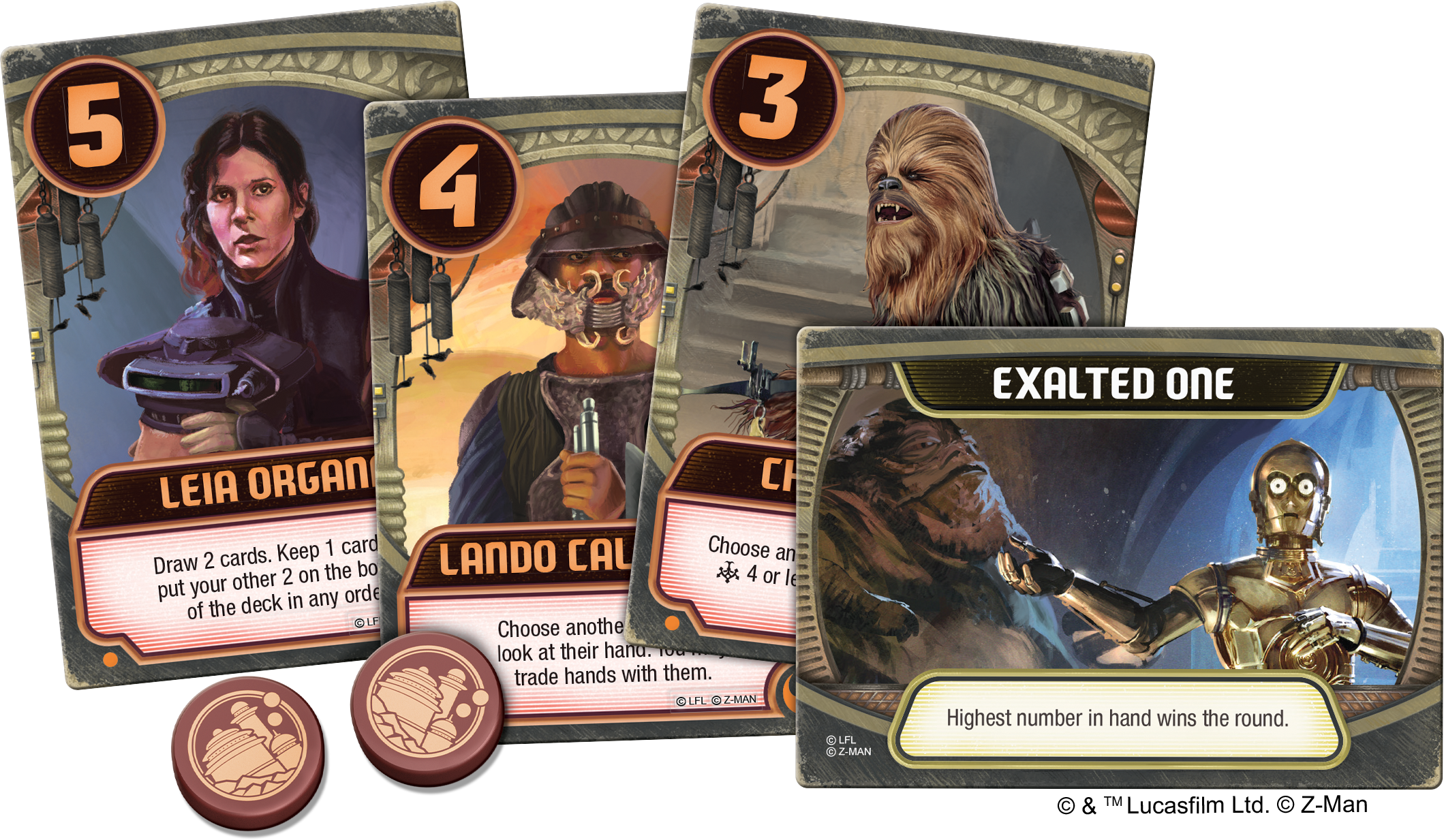 Want to see more from Love Letter? You can play the original game online over at Tabletopia, check out our review of it by clicking here, or even see what we thought to Lovecraft Letter, the Cthulhu themed version of the popular game.