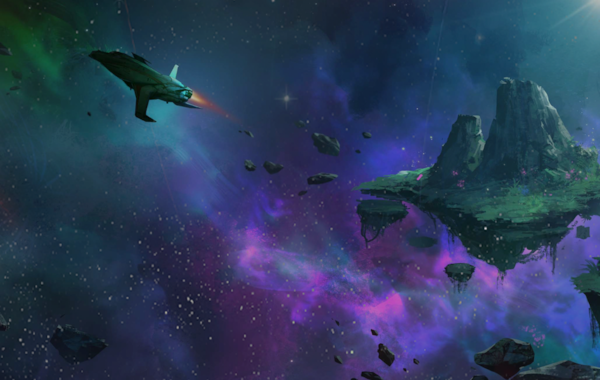 Alexa, do something cool:

If you're done with asking Alexa to tell you a joke or set a timer, it now has a whole new and wonderful purpose available to you - playing Starfinder.

Paizo announced that the first three episodes will be available on Alexa, based on the Dead Suns Adventure Path, taking you into a futuristic science-fantasy world. You don't need to have played or be familiar with Starfinder to play so either, so it's a great free dive into a new adventure.

The Pilot episode, "Scoundrels in the Spike", sees you encounter menacing foes and unexpected allies, where you try to unravel the unusual power outages. This episode is free, and takes around 30 minutes to complete. Originally available in December, the new announcement sees premium episodes 1-3 added to UK and US Alexa, with additional episodes 4-6 available in October. These continue with the premise of investigating a deserted mining ship towing an asteroid, to try to find out what happened to the crew - but in fact, the asteroid is an alien weapon, a potential threat to all of the Pact Worlds!

That's pretty cool in itself, but the story doesn't end there. There are 13 voice actors lending their voice to this project, which consists of of a script over 745 pages long, and among them are stars Nathan Fillion (Castle, Firefly, Waitress), and Laura Bailey (Critical Role, The Last of Us Part 2).

And you won't need to have an Alexa to play, as this is available through the Alexa app, available on most smartphones, so there's every chance to get involved - though, as we found out, you'll need to make sure your phone doesn't lock as it plays (or just use the Alexa if you have one!). It'll guide you through what you need to do to play.

To begin, simply say something along the lines of "Alexa, open the Starfinder Game", though "Alexa, play Starfinder" works just as well.